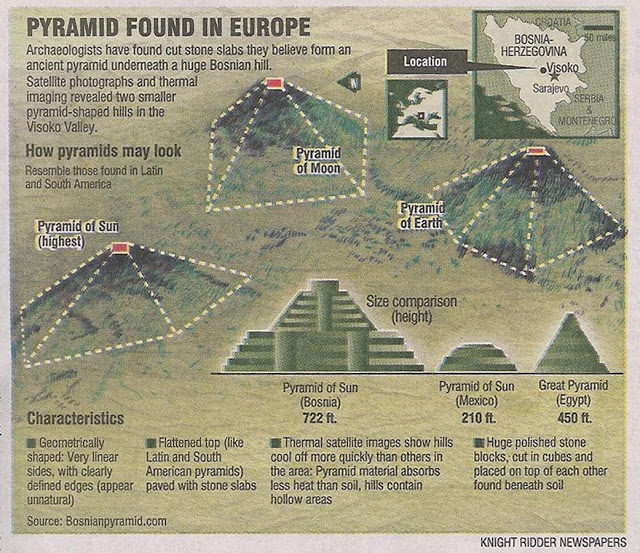 The Biggest Pyramid in the World Found in Bosnia

In 2005, archaeologist Semir Osmanagich discovered several structures covered by topsoil and vegetation. An international scholar of worldwide pyramidal structures, he recognized the manufactured angles and coordinates that characterize pyramids on five continents.

Subsequent, excavations and scientific testing of artifacts have dated several structures from 12,000 to 34,000 B.C.

Intentionally hidden, the covered pyramids were considered to be natural hills.

The Great Bosnian Pyramid, formerly known as Visocica Hill, is the first European pyramid to be discovered and is located in the heart of Bosnia, in the town of Visoko. The pyramid has all the elements: four perfectly shaped slopes pointing toward the cardinal points, a flat top and an entrance complex. On top of the pyramid are also the ruins of a medieval walled town, once the base of a Bosnian king Tvrtko of Kotromanic (1338-1391). Because of its similarities to the Pyramid of the Sun in Teotihuacan, Mexico, it has been named the “Bosnian Pyramid of the Sun” (‘Bosanska Piramida Sunca’). 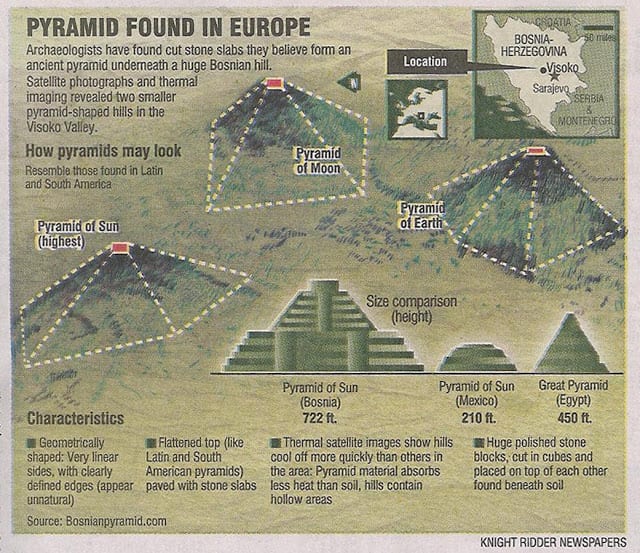 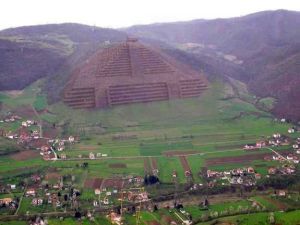 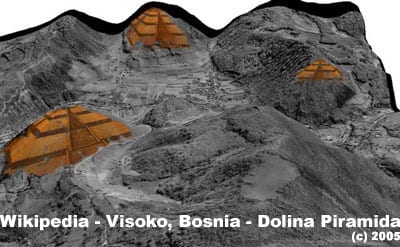 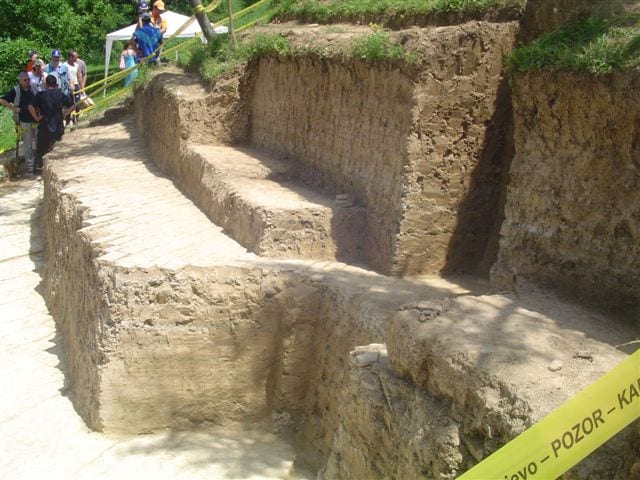 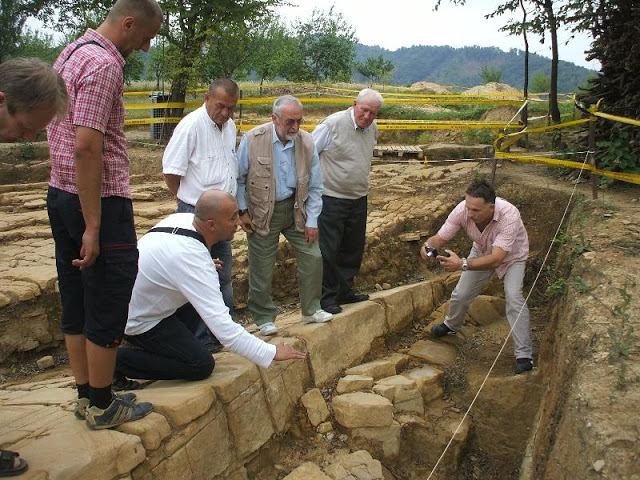 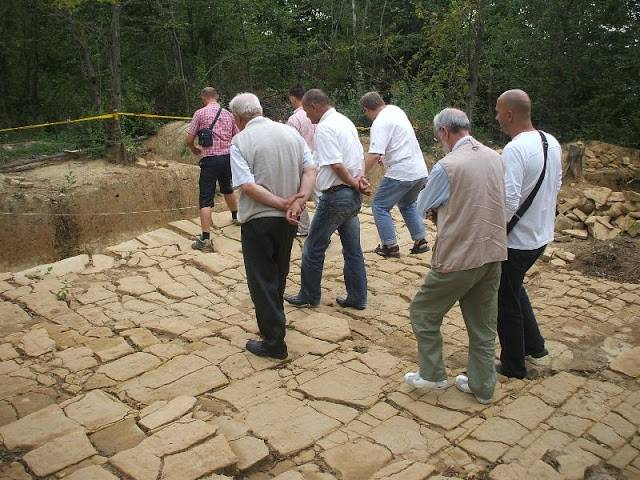 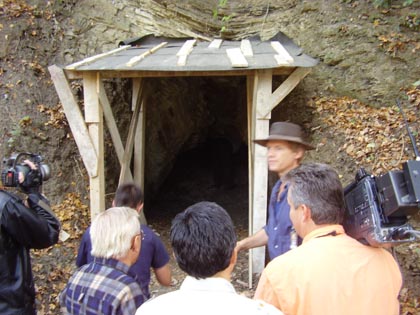 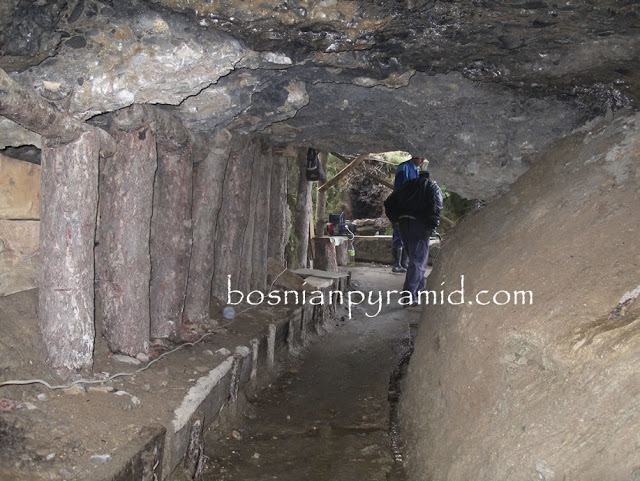 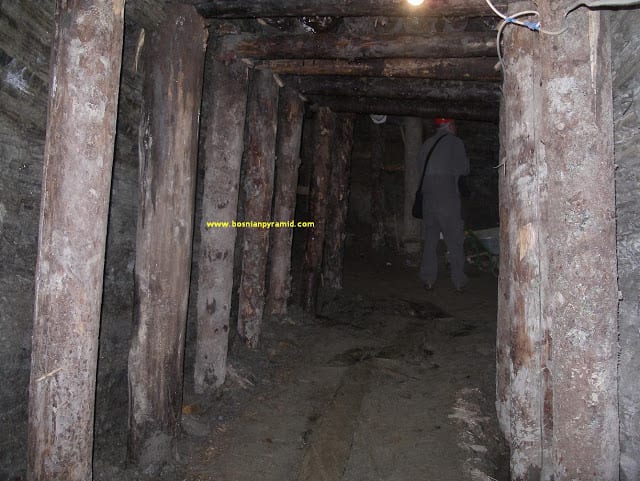 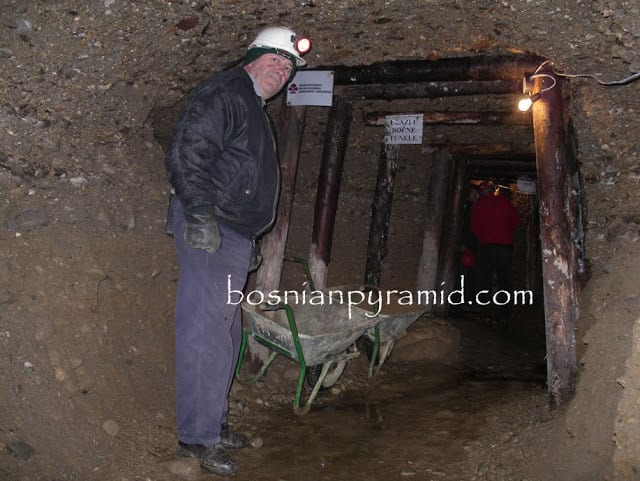 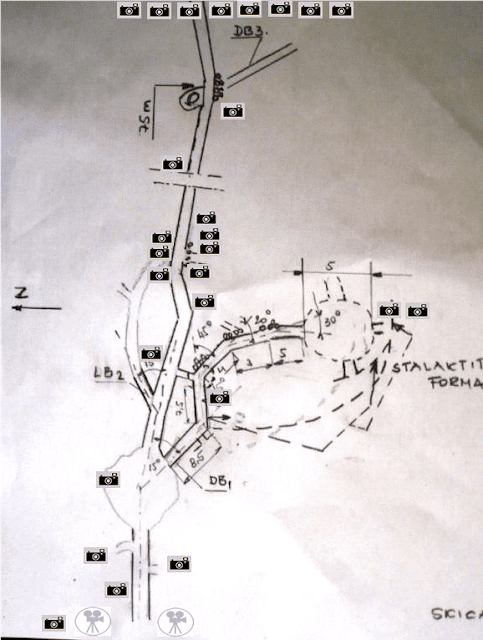 Dr. Prof. Nabil M. A. Swelim stated after his recent visit: “The Bosnian Pyramid of the Sun is the largest pyramid ever witnessed; it is an amazing structure of great importance for the entire world”. Visoko valley contains total of five pyramidal structures. They all have readily recognizable pyramid shape, because of:

Tens or maybe hundreds of similar unnatural hills, hiding pyramids and temples, are found ALL OVER the planet. In fact, the phenomenon is so widely spread that it stands out like a red stain on a white shirt.

I want to remind you, that the Great pyramids of Egypt were also half covered in sand when they were discovered. Even though the main stream historians are promoting the theory that desert storms are responsible for covering the pyramids with sand, in my opinion, it happened exactly otherwise: the pyramids have been half UNCOVERED by the powerful winds. 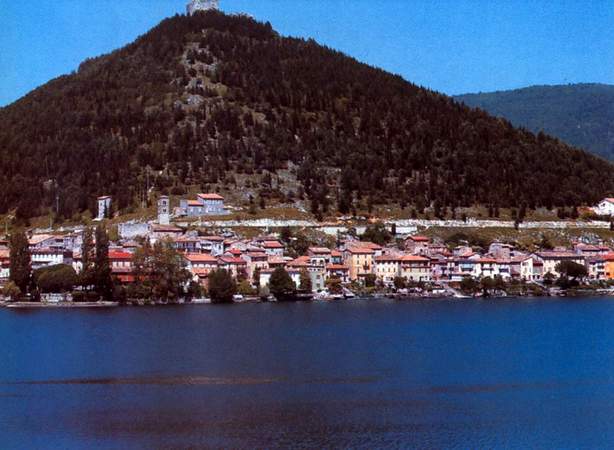 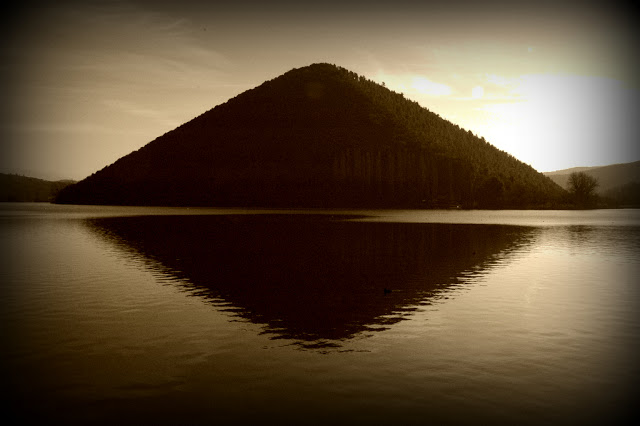 The questions we should ask ourselves are:

-who is putting so much effort to keep us far from the truth?
-who has these unearthly technological capabilities?
-why do they want us to be kept in dark?

Mysterious carved stone spheres found across Bosnia are similar to ones found in Costa Rica. To date, some 390 stone spheres have been found in Costa Rica, all finely finished, but it is not clear how they were created as no tools have been found to explain this. Some of these spheres were found buried together with pieces of ceramics that suggest that the spheres are at least 1200-1300 years old – which predates Christopher Columbus’ arrival.

According to those who discovered them, the spheres were always part of a group of three, forming a triangle, and always placed on the North-South direction. Intriguingly, the spheres had usually been found on hills. Two of them have been transferred to the USA, one to the National Geographic Society in Washington, and the second to the Harvard University in Cambridge. 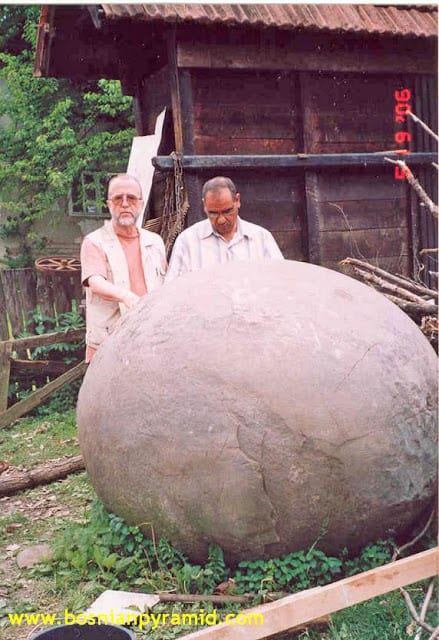 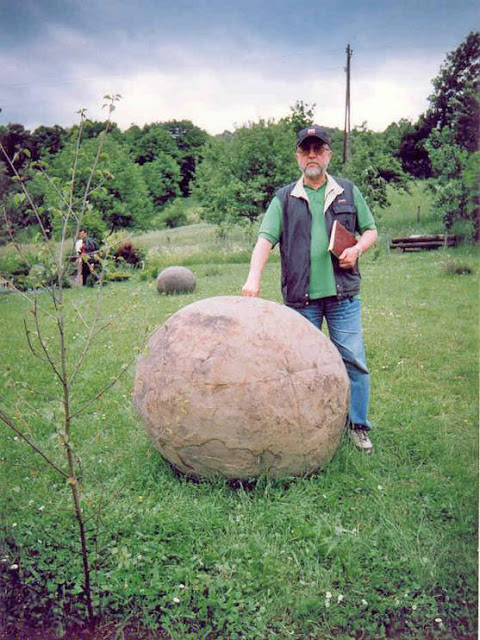 Various theories have been suggested to explain the presence of the stone spheres in Costa Rica. American archaeologist Samuel K Lothrop (“Archeology of the Diquis Delta, Costa Rica”, Peabody Museum of Archaeology and Ethnology, Harvard University, 1963), for example, concludes that there is evidence that the stone spheres have been oriented astronomically. There has been little theorizing to date about stone spheres in Bosnia. Explorer Semir Osmanagic first heard about their presence from a Bosnian friend, Bojan Zecevic, in 2004. They then contacted Bosnian historians and created a team to explore the phenomenon of the “Bosnian Stone spheres.”

They first explored the North West region of Bosnia and Herzegovina. In the village Trn near the town of Banja Luka they found that two spheres had been used as part of a foundation of a house, each with a radius of 30-40 cm. They were finely polished and heavier than normal stone. A short distance from the house they found the pieces of a ball that had been cut in half; the damaged ball has a radius of one meter. In the North Bosnian village of Teocak, eight spheres have been found.

All these spheres are geometrically shaped but none of them are finely polished. They are granite and some of the spheres have holes across their surface. These stone spheres have been found in several locations – a restaurant in Vares has even been named after the stone outside and is called ‘Kugla Restoran’ or Stone Ball Restaurant. 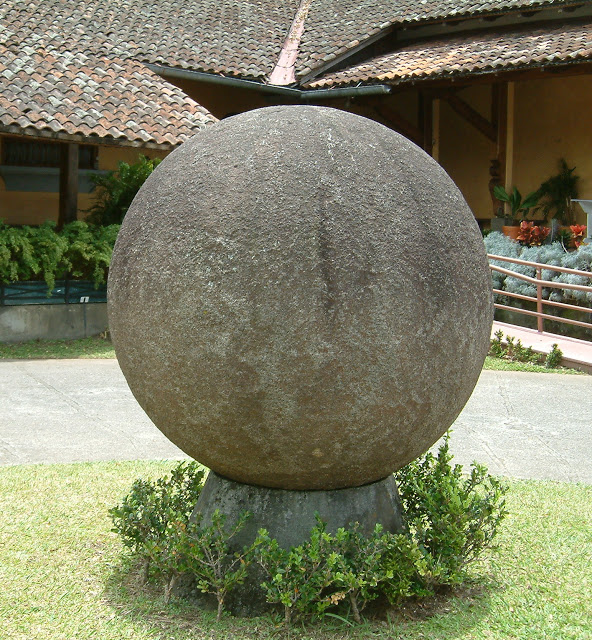 The largest stone sphere found in Bosnia (near the village of Slatina, Banjaluka) is unfinished. Historians believe that it would have been polished to complete the geometric shape of the ball Geologist Mile Vujacic believes that the Bosnian stone spheres were produced naturally by water shaping the rock over a long period – although this conclusion is uncertain given the number of locations where these stone spheres have been found and their correct geometric shape.

No one can be sure just how many of these stone spheres exist in Bosnia but the number found to date may represent a small fraction of the true number. The spheres

have been buried over hundreds of years and only accidental findings are bringing them to light.” (Semir Osmanagic – Bosanska Piramida Sunca) 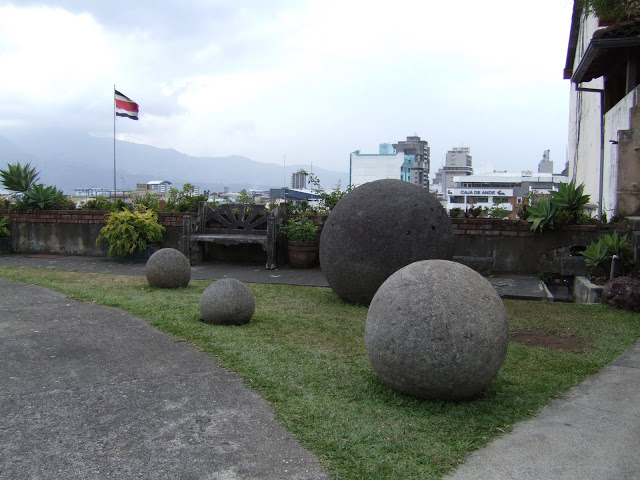 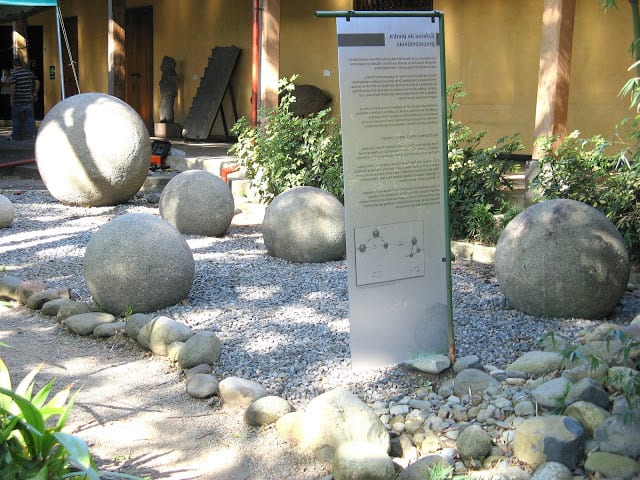 Semir has recently returned from Gudalahare, Mexico where he investigated other stone spheres, resembling those found across regions of Bosnia. Even though he found hundreds of stone spheres on the Cerra Piedras Bollas hill, there was only one reference to them, reported in the National Geographic magazine in 1968. The officially accepted version is that the primitive Indians created these objects (up to 4m in diameter and weighing as much as 50 tones each), with primitive tools. Unfortunately, the locals damaged many of the stone spheres thinking there might be gold inside them.
After Osmanagic studied the stone spheres from the village of Ahualulco del Mercado, he concluded that they were created using the same methodology as that used to create the stone spheres from Costa Rica and Bosnia.

Similar spheres were found in many places all over Earth and in great numbers. In the Beita Mountain, close to the Chinese – Mongolian border, more than 1,000 stone spheres have been found. The smallest ones are the size of a Ping-Pong ball, while the bigger ones are almost 2m in diameter. 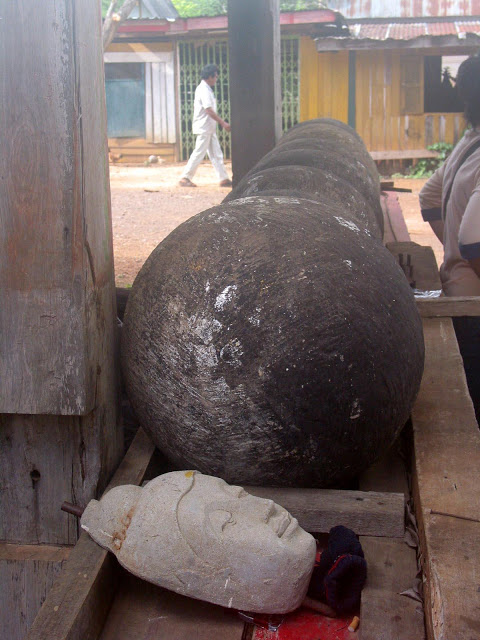 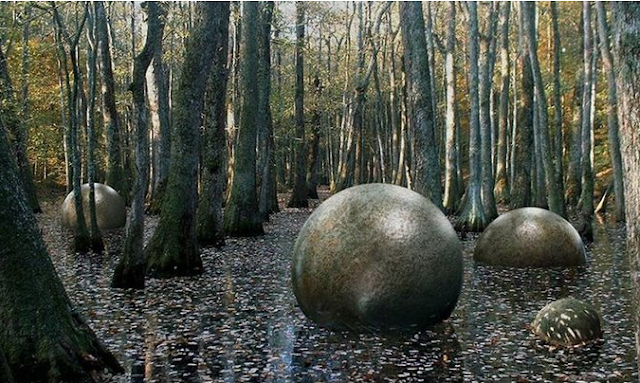 Regarding this subject, the famous scientist Carl Sagan said: “There is a certain purpose for these stone spheres of big and small size to be placed there. For instance, they represent different stars in the sky, the distance among them denote the relative positions of the stars. This is most likely a souvenir given by guests from the Universe, who want to send our mankind some kind of message.”
Even though my theory is even more daring, who am I to dare Carl Sagan?