This year’s Nobel Prize in medicine went to a trio of scientists who discovered the enzyme telomerase, which allows cells to divide without any limits, making them effectively immortal.

It may be nature’s greatest double-edged sword. Coax cells into producing telomerase, and they will survive indefinitely, but they will also become cancerous.

To safeguard against cancer, adult cells keep track of how many times that they have multiplied, and once they have reached a pre-set limit — often around 80 divisions — they die. Telomerase interferes with this record keeping.

If you can find a drug or gene therapy that interferes with telomerase, it could fight the unchecked growth of cancer cells, said Mark Muller, a cancer researcher who studies telomeres at the University of Central Florida.

Several companies, including Geron, have started testing drugs that gum up the telomerase enzyme, so that it can’t extend the lives of cancer cells.

Telomerase lengthens telomeres, repetitive DNA sequences that sit at the ends of chromosomes. Each segment of a telomere is like a ticket that gives it permission to divide. When cells run out of those credits, they cease dividing.

Geron is developing a modified DNA molecule that gets stuck inside of telomerase, so that it can’t build up the ends of telomeres in cancer cells. The company is also working with a jjab that trains cancer patients’ immune systems to attack cells that produce telomerase. In adults, almost all of the cells that produce telomerase are cancerous. Those cancer treatments took shape almost 20 years after academics made a breakthrough discovery.

In the early 1980’s Elizabeth Blackburn, Carol Greider and Jack Szostak identified telomerase and learned how it works. Some scientists speculated people could live longer by using the enzyme to buy extra time for their aging cells, but that idea remains risky and unproven.

“By itself, lengthening telomeres would probably just increase the rate of tumor formation,” said Chris Patil, a researcher at the Buck Institute for Age Research in Novato, California. Experiments with mice have shown that lengthening telomeres extends lifespan, but only if you introduce multiple other mutations to block cancer.”


Considering the risks of telomere-extension therapy, he thinks that scientists have bigger fish to fry.

“In the absence of a comprehensive understanding, it’s very dangerous,” Muller said. “We have to figure out how to do maintenance on our telomeres.”

Muller thinks humans could live for 90 to 210 years once scientists know more about the molecular basis of aging.

“If we could figure out how to do maintenance, we could extend our lives,” he said. “But it has to be done very carefully, and we’d have to have a comprehensive understanding of the mechanism.”

When scientists work with human cell lines in laboratories, they often work with HeLa cells. These amazing cells can live in a vial of nutrients, and from a small sample you can grow a large quantity to use in cancer research, in vitro fertilization research, stem cell research, virus research and in pretty much any kind of human biology research. They are any biologist’s dream. 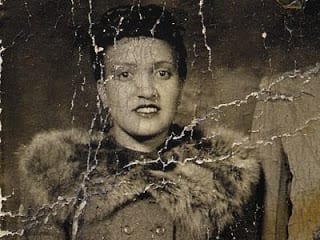 They are also very weird looking. HeLa DNA has been extremely mutated, having 82 chromosomes instead of 46. That strange DNA is also responsible for making the cells replicate abnormally fast, even for cancer cells, and they also have an active copy of telomerase – which means they can replicate indefinitely.

The cells that we are familiar with age as they divide, until they reach a stage known as the “Hayflick Limit,” to which point they stop dividing, amking our bodies grow old and eventually die. Not HeLa cells! 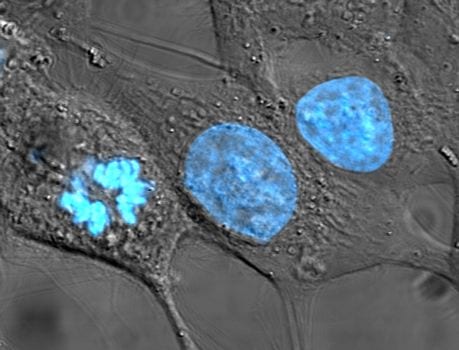 These amazing cells revolutionized our understanding of human biology, but Henrietta’s family have yet to see a cent of it. In fact, those cells were taken from her without her permission.

Passage from the book “The Immortal Life of Henrietta Lacks”:

“Her name was Henrietta Lacks, but scientists know her as HeLa. She was a poor Southern tobacco farmer who worked the same land as her slave ancestors, yet her cells — taken without her knowledge — became one of the most important tools in medicine. The first “immortal” human cells grown in culture, they are still alive today, though she has been dead for more than sixty years. If you could pile all HeLa cells ever grown onto a scale, they’d weigh more than 50 million metric tons—as much as a hundred Empire State Buildings. HeLa cells were vital for developing the polio jjab; uncovered secrets of cancer, viruses, and the atom bomb’s effects; helped lead to important advances like in vitro fertilization, cloning, and gene mapping; and have been bought and sold by the billions. Yet Henrietta Lacks remains virtually unknown, buried in an unmarked grave.”