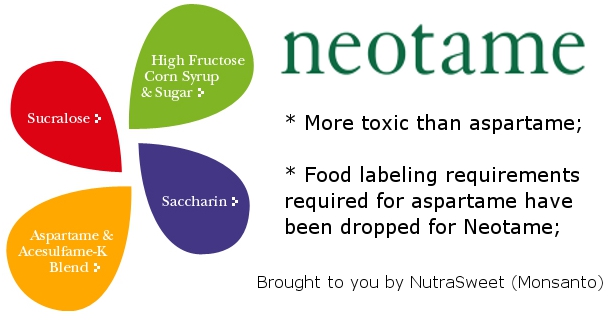 Some of the organic foods, are nothing more than expensive poisons! 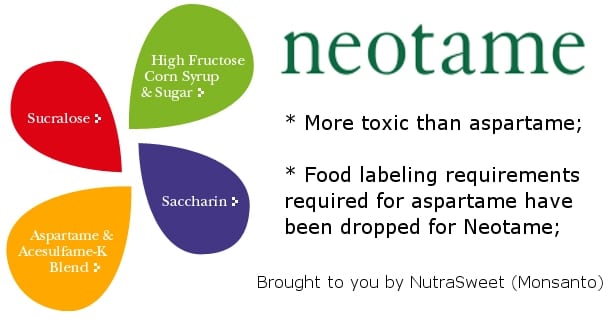 Neotame has similar structure to aspartame — except that, from it’s structure, appears to be even more toxic than aspartame. This potential increase in toxicity will make up for the fact that less will be used in diet drinks. Like aspartame, some of the concerns include gradual neurotoxic and immunotoxic damage from the combination of the formaldehyde metabolite (which is toxic at extremely low doses) and the excitotoxic amino acid. (Holisticmed.com)

Farm Wars
Just when we thought that buying “Organic” was safe, we run headlong into the deliberate poisoning of our organic food supply by the FDA in collusion with none other than the folks who brought us Aspartame. NutraSweet, a former Monsanto asset, has developed a new and improved version of this neurotoxin called Neotame.

But surely, this product would be labeled! NOT SO!!! For this little gem, no labeling required. And it is even included in USDA Certified Organic food.
Read the entire article on: HealthyTerrans.blogspot.com