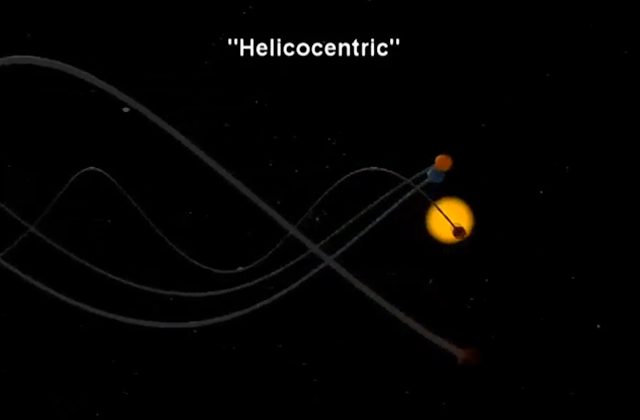 Earth is not revolving around the Sun (the way you think)!

Wonderful new theory that makes a lot of sense: Earth and all the planets of our solar system, are following the Sun in a heliocentric movement. 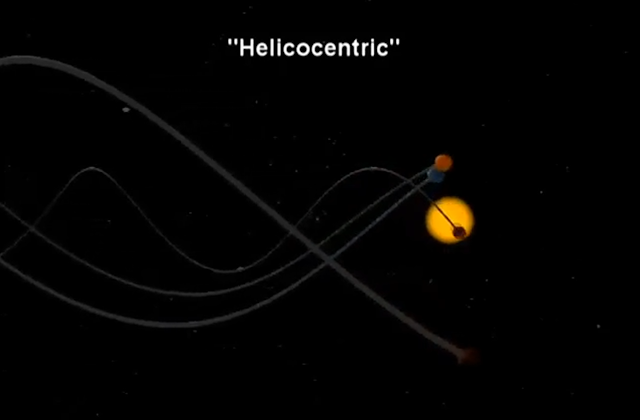 The entire Universe is in motion & Expanding. So, our closest stars are most﻿ certainly moving in the same direction as we do.

We should also keep in mind that space is very-very vast. The distances are so huge that our brains can’t relate to them. In space we speak of billions of light years. In 10,000 “Earth-years” there are no significant changes. Our recent history has about 6,000 years, and the human life span is about 70 years. What do we know? We are barely begin to learn & we must be very open minded. The process of learning should never stop. Those who don’t accept new ideas, are in fact obstructing evolution. That’s why there’s always a “conflict” between the old & new generations. We have to accept new theories and work with them in a constructive way.

Earth Is Not Orbiting The Sun in the way we were taught More to do with Something Wrong With The Sun Moon & Earth series. Here we find an understanding of Why the Earth & our solar system do not actually orbit the Sun as taught, “Rather”, We follow or better still, are dragged by the Sun in a Spiral Pattern through the universe & time.

This video offers explanations how, besides spinning on its axis and rotating as if going ‘Around’ the Sun, the Earth is shown to ‘Follow’ the Sun’s movement through the Milky Way galaxy, in a continuous Spiral, not a Flat elliptical plane, thus we find a 3D universe as opposed to the accepted 2D.

** Believe it or not, there is no empirical evidence that the Earth actually orbits the sun ! **

This compilation of videos runs thus:

This is a video clip that every human should see.

Many of us have been taught about how the solar system works by viewing a physical model that has the sun in the middle with the planets going around and around in a simple circular orbit without properly accounting for the motion of the sun (aprox. 450,000 miles per hour).

Because the both sun and the galaxy are moving through space, the Earth spirals an incredible distance through space in a year’s time. How far the Earth moves depends on the reference point you are using for something “stationary” or “background” even though all objects in the universe are in motion.

In just considering how fast the sun is moving, we know the Earth travels at least 3,918,402,000 miles in a years time! (as it also orbits around the sun)

Total speed of the Earth moving through space is difficult to approximate do to the combination of motions.
Using Cosmic Microwave Background (CMB) radiation it is estimated the total motion of the Earth through space is aprox. 1,342,000 mi/hr
Or 11,763,972,000 miles in 1 year!
(which is still only 0.2% the speed of light!)

The old model might make one picture being back where you started after a year of time has past, when in fact, you are over 11 BILLION miles from where you were a year ago!

I hope this video helps people to visualize what the motion of the Earth in our solar system looks like.

For more information on Nassim Haramein and The Resonance Project, please visit:
http://www.theresonanceproject.org”

“Nassim Haramein describing the limitations of the 2D solar system image, and how our evolution imprints space time. Excerpt from the film ‘Earth Pilgrims'”.

“This animation is a video screenshot from Voyage through The Solar System version 1.20 (1989) and shows the earth’s true motion in spirals. Besides spinning on its axis and rotating around the Sun, the Earth also follows the Sun’s movement through the Milky Way galaxy. “

The Conspiracy Extends to the Musical Scale Previous post
Two Suns visible in the Sky (March 1, 2011)! Next post