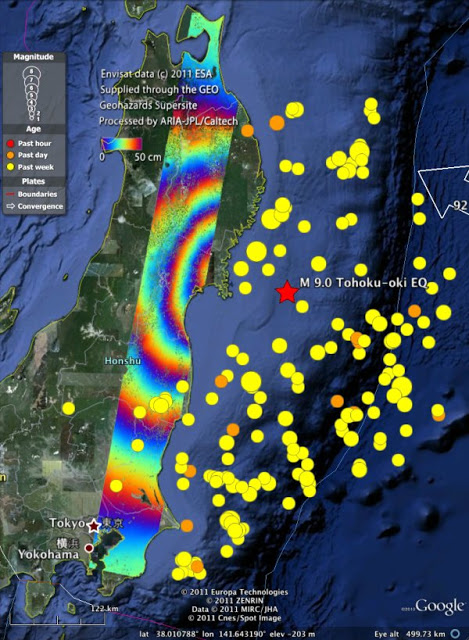 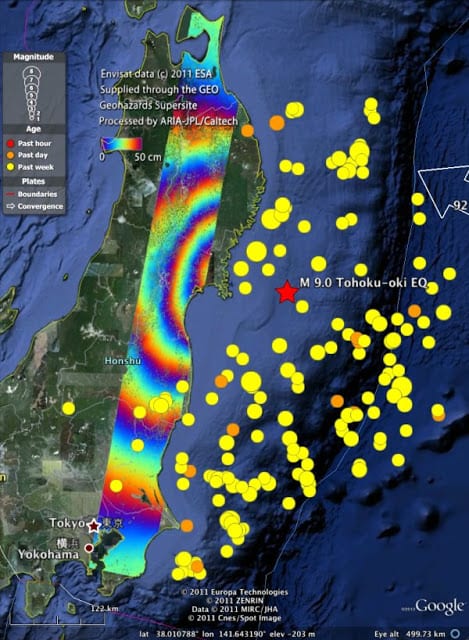 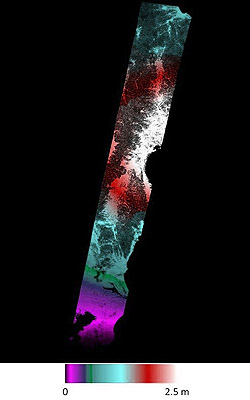 An interferogram based on Envisat Advanced Synthetic Aperture Radar of the earthquakes that struck Japan beginning on 11 March 2011. Marco Chini and Christian Bignami have processed a strip composed of 13 Envisat frames (track 347, descending orbit) over Honshu island (the result is in the framework of ‘Tohoku-oki INGV Team’, lead by Salvatore Stramondo).

The interferogram covers most of the epicentre region and shows a large portion of the surface displacement field. The frames partially overlap so that the overall length is about 800 km. The whole strip has been unwrapped to measure the Line Of Sight (of the satellite) surface movement. The maximum displacement reaches about 2.5 m relative to a reference point within the entire frame strip located nearby the southern boundary.
Credits: Based on ESA data -The Istituto Nazionale di Geofisica e Vulcanologia (S. Stamondo, M. Chini and C. Bignami). 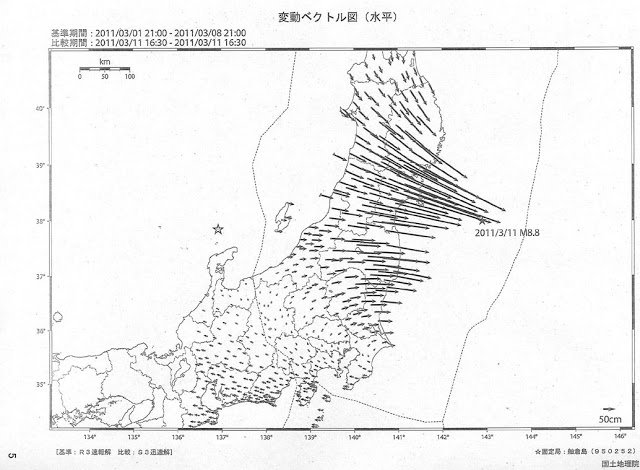 Co-seismic displacement of Japan earthquake on 11 March 2011 from GPS data by GEONET, reference provided by Prof. Hashimoto. This displacement chart shows the direction of ground movement, as part of the GeoHazard Supersites initiative.
Credits: GEONET 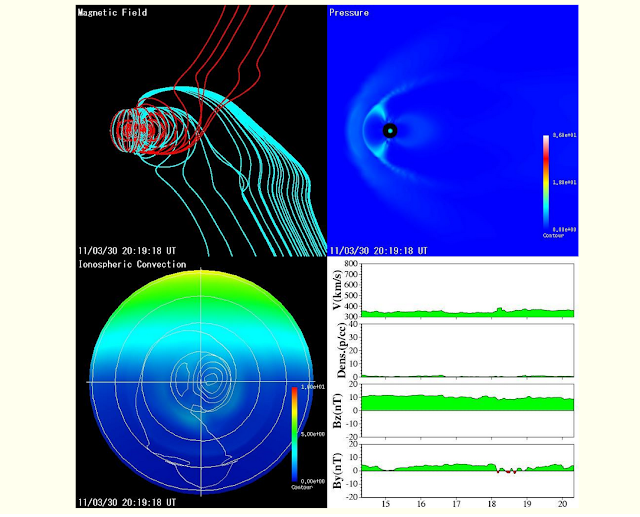