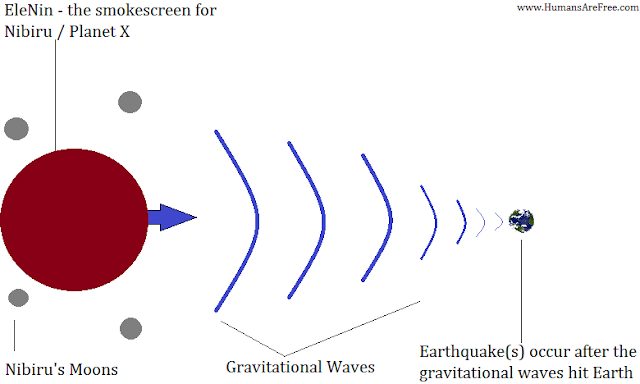 Alexander LightMarch 15, 2011
YouTubber 9Nania predicting the Japan Earthquake on March 8, 2011:
Video Comment:
“Comet Elenin, Earth, and the Sun were in exact alignment last year on February 27th. That is when the Chile Earthquake happened, and Earth’s axis shifted. This year, the same alignment happens March 11-15, and the comet is much closer. PLEASE move away from fault areas during this time!”

The 9.0 Earthquake off the Japanese coast shifted the earth’s axis by ten inches (25 cm). Recent scientific studies proved that Earthquakes are influenced/caused by Gravitational Waves.

But, a comet like Elenin (small object & so far away from Earth) could never cause a big “gravitational wave”, therefore would not be capable to influence/trigger an earthquake.

Of course, if you are familiar with my articles you already know that Comet EleNin could be a smokescreen for planet Nibiru. And this huge planet/star, and its orbiting moons are capable of causing huge gravitational waves. 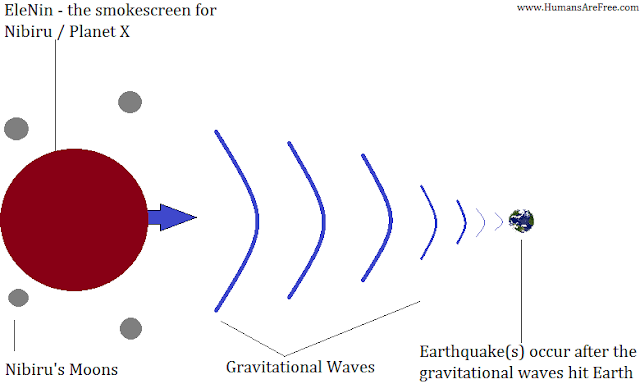 Earth’s axis shifted by 10 more inches (25 cm):
Elenin (Nibiru?) is approaching its perigee (getting closer to Earth). While moving in our direction, its massive size produces great gravitational waves, which travel towards our solar system. These gravitational waves interfere with our sun’s activity and can increase the seismic activity on Earth (that has been constantly increasing in the past year). The Seismic institutes are hiding this from us, just as I exposed it in my November 26, 2010 article (named “Hundreds of Earthquakes in the past days”). Please read it HERE! Back then I had no idea that the increasing seismic activity may be the result of Elenin’s approaching.

I will keep you updated. Love and Light in your lives!