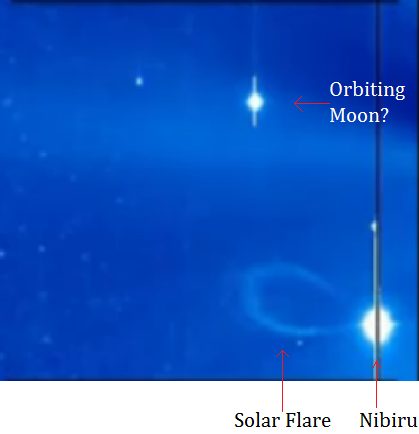 Nibiru Ejecting Plasma, Just Like Our Sun = Two Suns in the Sky!

Alexander LightMarch 30, 2011
Description is Very Important, please read bellow!
Video from Stereo probe.
From 0:00 – 1:13 we see the right side of the Sun. At 1:13 the video is cut to skip the Sun’s observation.

From 1:13 onward the Sun is placed in the right side of the video. Huge solar explosions are clearly visible from right to left = The Sun is ejecting plasma.
[“Star” (definition) = Luminous ball of plasma held together by gravity. The nearest star to Earth, is our Sun. Star = Sun = giant ball of plasma.]

At 1:57 Nibiru starts to be visible in the left corner. Its moons are not visible.
Two most probable reasons:
– not proper lenses (its moons don’t generate light, like Nibiru and our Sun);
– the image is too zoomed;

At 3:40 a massive unidentified flying object appears from the right side. It’s either luminous itself or it’s illuminated by Nibiru and our Sun. Could be an orbiting moon? / Would the orbiting moons be visible with these lenses?

At 3:56 Nibiru does something extremely important! It ejects plasma, just like our Sun, proving once and for all that this object is a Sun, not a planet (example: Venus, like NASA suggested and the ignorants rushed to believe). 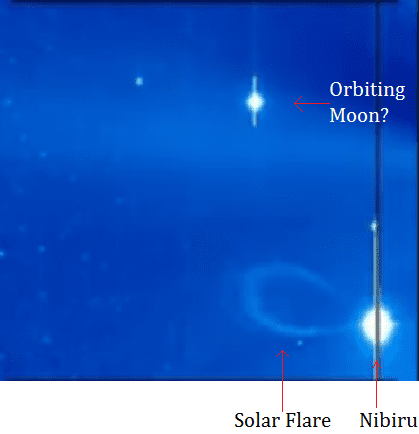