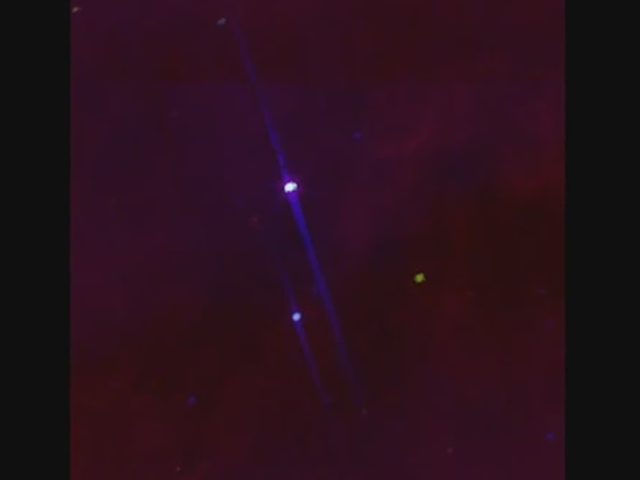 Personally, I am 100% sure that Nibiru / Planet X is real and approaching it’s PERIGEE. But I’m certain that its coming has nothing to do with the 2012 events. Nibiru will probably reach its Perigee long after 2012. In the meanwhile we will witness this wonderful object in our skies for many years.
Nibiru seen in Sky-Map (Click the pictures to enlarge them)? 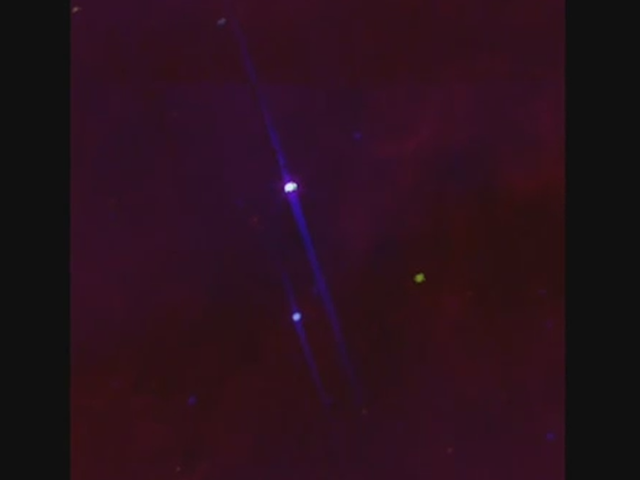 Sky-Map.org is similar to GoogleSky, but the data is hosted on their online servers so the website can be accessed from anywhere as long as you have an internet connection.

Visit the website, type “Nibiru” in the Search box and choose the option “Infrared Sky Survey (IRAS)”. The result will be the above picture. Bellow, I’ve encircled all the visible big objects. It can be assumed that the objects (or some of them) are Nibiru’s moons: 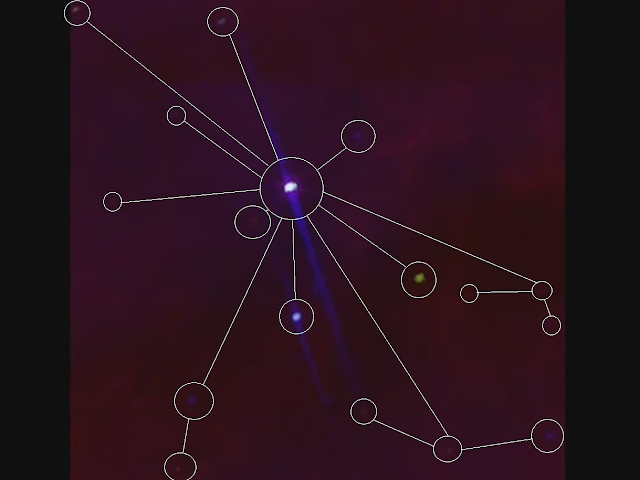 Now chose the option SDSS-III. The following pictures are revealed: 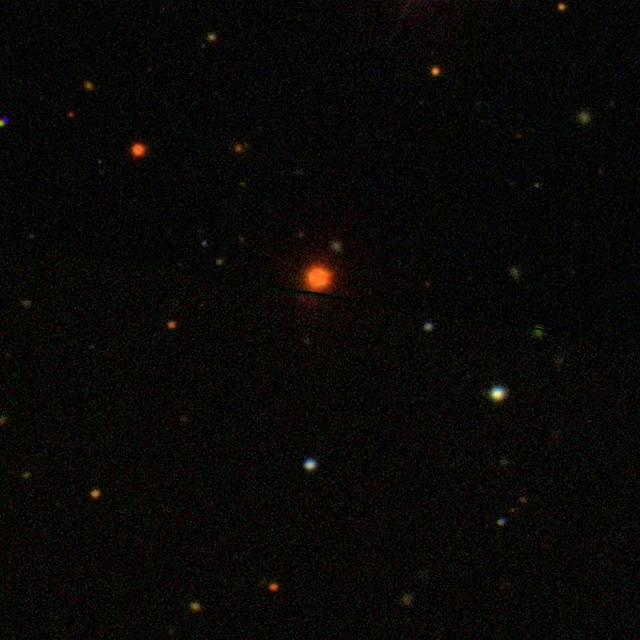 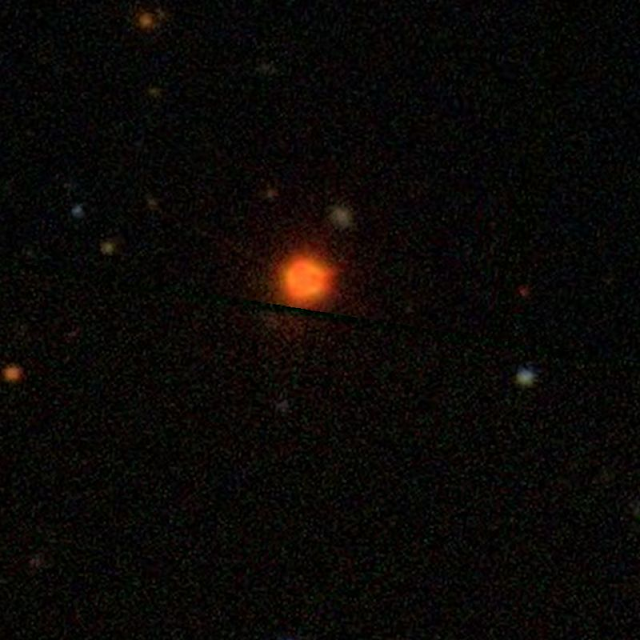 This bright star that Sky-Map identifies as “Nibiru”, is located near the Leo constellation.
And the strangest thing about it is its name: “TYC 834-1115-1”. What does TYC stands for? Those this -by any chances- come from the name Tyche? Or did Tyche received this longer name after initials TYC (chosen many years ago)?
>
Proof that Nibiru is also called TYC in Sky-Map: 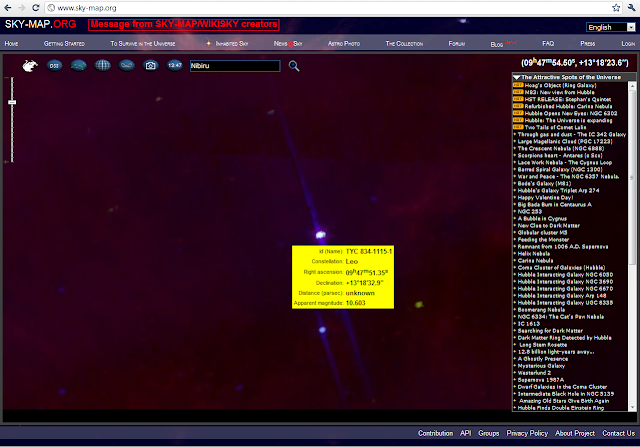 This image also provided the coordinates, so next I used Google Sky to search for it. Here it is: 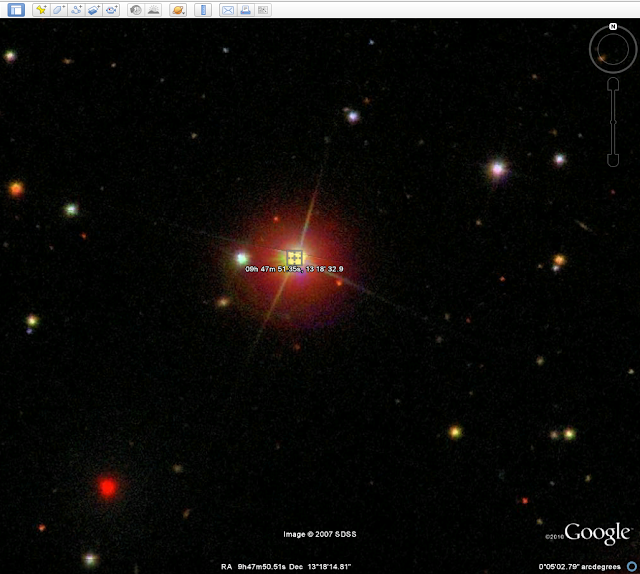 Enter the following coordinates in Google Sky to search for it: 09h 47m 51.35s, 13 18′ 32.9″
As you can see, the image used in Google Sky is dated from back 2007. But both Google Sky and Sky-Map use the same pictures of the Cosmos took even earlier. Some pictures may be 10 years old while others much older.
>
Lately, we are able to see in the videos released from NASA, a bright star. Some say it’s Venus, reflecting the Sun’s light, while others consider it to be Nibiru.

Some say that the bright object to the right is Venus but can’t say what the left one is. Others say it can’t be Venus because it’s too bright and too big. If it’s not Venus, then probably it is Nibiru and the other massive spherical object is one of its moons.

Sounds plausible, especially because NASA themselves basically say that is not Venus:

>
I have the following video for some time, but didn’t seem plausible; especially the part about the 34 planets/moons orbiting around it. I also don’t believe that the guy who made it works at NASA. But who really knows?!
Then, I gave it a second thought. It’s not my mission to choose what information reaches you. You should be your own judge, especially because in the latest Nibiru pictures, it seems possible to have a lot of moons…even 34. The closer it gets, the more of them we will be able to see.