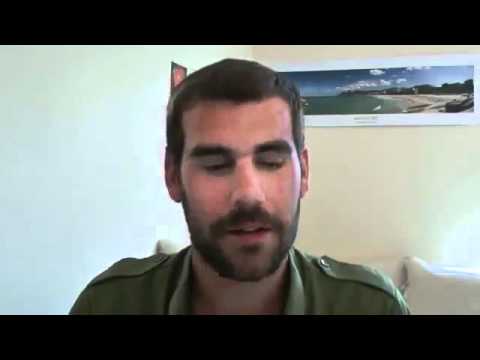 Charlie Vietch (The Love Police) Arrested for ‘Pre-Crime’, because he intended to protest against the so called ‘royal’ wedding that is costing UK hundreds of millions of pounds. Even though we HAVE THE RIGHT to protest in this sick society, the UK Police bans once again the right of free speech and the right to freedom.

A message to all the so called ‘royal families’ all around the planet:
YOU ARE NOT ‘ROYAL’ AND WE ARE NOT YOUR SUBJECTS!

The Original Article from InfoWars.com

We received the following email from Charlie Veitch’s girlfriend. Veitch, who many of you will know as the leader of the Love Police activist group, has been arrested by British police in a pre-crime raid on charges of “conspiracy to cause a public nuisance” at tomorrow’s Royal Wedding. Veitch was in contact with police before the arrest, reassuring them that his plans were completely peaceful and merely centered around voicing his free speech, which evidently no longer exists as a human right in the United Kingdom.

Please call the number listed in the email below and politely demand that Veitch be released. Veitch is being held at Cambridge Parkside Station.

In a You Tube video posted earlier this week, Veitch warned that he was under surveillance and that he was being followed around London.

Hi guys,
My apologies for sending this to multiple emails — this news is important and needs to get out quick, and these are the only Infowars addresses I have.
My boyfriend, Charlie Veitch of the Love Police (UK) was arrested today from our own home on suspicion of a ‘conspiracy to cause a public nuisance’ tomorrow at the Royal Wedding. By nuisance, they mean speaking freely in a public space, which is what Charlie does. He went to the police recently, on his own accord, to discuss how he is entirely non-aggressive and not a threat to them but a friend to them.
If you were wondering if the UK is still a democracy — the answer is evidently no. I have never known so many democratic activists be arrested, not only on suspicion of thought-crime, speech-crime, or political assembly crimes — but now actually these ‘offenses’ as PRE-crime?!

My name is Silkie — I am Charlie’s partner and a student of politics and psychology at The University of Cambridge. I would very much like to get the word out to your listeners/readers.
I’d particularly ask anyone who is similarly outraged by this to call (+44) 845 456 456 4 and ask for the custody block, who will be quite aggresive and rude (as they have been to me), in order to maintain the pressure and demand his release.

Amazing Evidence: The Human Species is Hundreds of Millions of Years Old! Previous post
Easy Experiment: Proof that You are Creating Your Own Reality! Next post