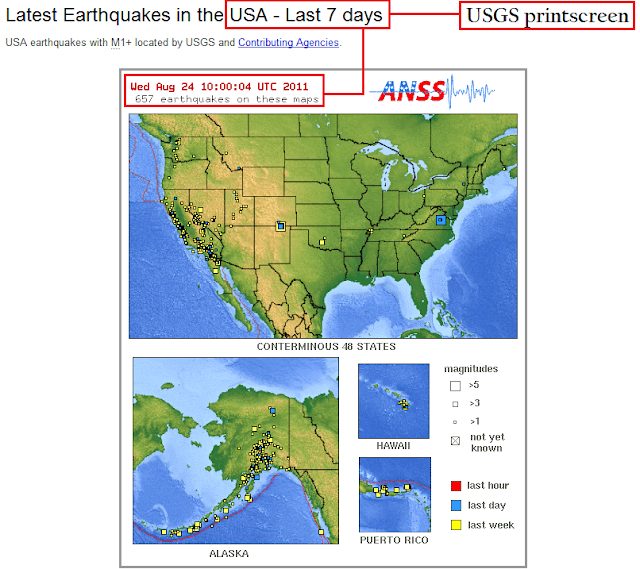 Earthquake Swarm in USA and Around the World – Understanding Earthquakes

Alexander LightAugust 24, 2011
INTRO: The background noise is from a video that I was not able to embed it into the article without the auto-play feature. Please search for it –in the middle section– and pause it before continuing.
A swarm of above 4.0 magnitude earthquakes sweeps across USA and the entire planet. The true cause is still unknown. Even though a high number of small earthquakes takes place every day around the planet, this wave is special because is targeting specific areas and brings with it earthquakes above medium on the Richter scale. 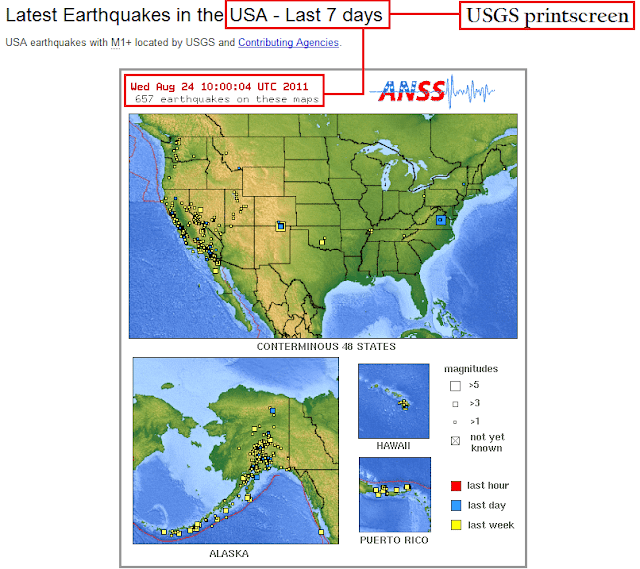 The USGS was caught downgrading the earthquake magnitudes several times by YouTubbers like Dutchsinse and intentionally omitting others by myself and Facebook friend Torsten P. Kersten. [1]

Guilty of omitting earthquakes is not only the US seismologic institute, but also institutes all over Europe. It’s like a (proved) world-wide conspiracy to keep the seismological bad news hidden from us. Please read THIS and THIS articles before proceeding.

Knowing that they are capable of downgrading (or even omitting) earthquakes, let’s evaluate the latest news reports.

According to Earthquake-Report.com,
“After having experienced a foreshock with a magnitude of 4.6 at 5:30 PM on August 22, a second strong mainshock measuring 5.3 magnitude (5.5 initially reported)  scared the Trinidad, Raton area.” (0.2 magnitude downgraded – if correctly reported the first time).

A 0.2 magnitude added to a 4.0 earthquake amplifies the shaking ‘power’, which is the main cause for destruction. So, if the initially reported earthquake was in fact — let’s assume — a 5.7 and intentionally reported a 5.5 and later downgraded again to a 5.3, the shaking amplitude has been seriously lowered.

For a better understanding of the Richter scale, please examine the following charts:

Another scale that is sometimes used is known as the Modified Mercalli Intensity Scale, created by Giuseppe Mercalli in 1902 to measure earthquake intensity. The damage that the Mercalli Scale measures is descriptive and can’t be machine-recorded.

The intensity of an earthquake, then, is measured by inspectors who look at the damage and ask survivors to answer questionnaires. An earthquake can have many intensities, which decrease as a person moves away from the epicenter. A tremor that makes lights swing from ceilings is ranked as a 2, while a quake that heaves the ground into waves, smashing everything around, ranks as a 12. 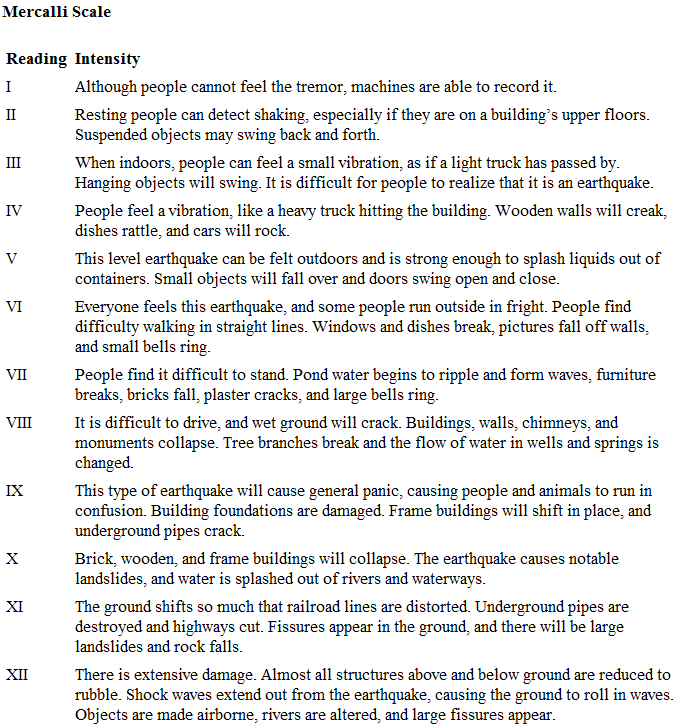 “We are getting reports of severe damage” and “minor damage to highway 12″. The news station also posted messages from their viewers:
“I’m in downtown Colorado Springs. The hole apartment building shook.” one of the viewers said. This is an important statement, because Colorado Springs is about 120 miles away from the epicenter of the 5.3 earthquake.
And the question is: can a 5.3 magnitude earthquake wave travel 120 miles and still have the power to shook apartment buildings?
Judging by these statements, the earthquake must have been greater than a 5.3, in my opinion.
Here are the most recent videos from Youtubber Dutchsinse:
AND
What are the possible causes of this earthquake swarm?
In my opinion, earthquakes, in general, have been related to the — relatively new — theory of cosmic gravitational waves.
New scientific papers bring forward the probability that earthquakes are caused by cosmic gravity waves and have a lot to do with the planetary alignments occurring inside of our solar system.
While moving, all celestial bodies generate gravitational waves which travel throughout space. If you want to imagine this more easily, please try an easy experiment, by dropping an object in the bathtub and watch how small waves travel on the water’s surface. In a similar way, the gravitational waves travel throughout space.
The worst earthquakes occur when a big gravitational wave strikes our planet, pushing it towards the Sun. This also explains the intensified volcanic activity in certain periods of time.
Three days before Japan’s massive earthquake, YouTubber 9Nania warned that this will happen because — be ready for it — Comet Elenin, planet Earth and the Sun were about to align.
This is her message:
“Comet Elenin, Earth, and the Sun were in exact alignment last year on February 27th. That is when the Chile Earthquake happened, and Earth’s axis shifted. This year, the same alignment happens March 11-15, and the comet is much closer. PLEASE move away from fault areas during this time!” – YouTubber 9Nania on March 8th, 2011.
Please read THIS article before proceeding.
The 8.9 – 9.0 magnitude earthquake in Japan occurred on March 11, 2011 just like predicted and Earth’s axis shifted with an additional of 10 inches (25 cm).
If you want to know more about the gravity waves, please read THIS article. I have something to add, though. The light rings observed in the sky before and after the major earthquakes can also be related to HAARP activity, which leads us to the next possible cause: induced earthquakes.
Are the HAARP installations able to produce earthquakes? Please watch THIS short video hosted by Project Camelot and you will answer this question yourself.
You must also visit the HAARP Section on my blog and read all three articles (HAARP: Official Government Documents – Proof!; Fukushima Was an Inside Job! USA Threatened Japan with HAARP-Caused Earthquakes!; European Parliament: HAARP Causes Weather Modification).
Before closing this article I want to suggest everyone some precaution measures:
1. Put together a ‘survival backpack’ for each of your family members. Follow THIS example (in the first part of the article);
2. Set up a meeting place in case something unpredictable happens (ex: Aunt’s Mary mountain house, Grandma’s place, etc.);
3. Please share the article with everyone you know. Hopefully, nothing negative will happen, but it’s better to be safe than sorry.
Love to all!
__________________________________________________
More Related Articles:
1. Super-Volcano set to erupt for the first time in 600,000 years, wiping out two-thirds of the U.S.;
2. USGS geologist: Major Earthquake to hit North America;

Scientific Study Concluded: "Crop Circles Are Made by Balls of Light” Previous post
"ET Technology Could Appear as Natural Objects in the Universe" Next post