If Elenin is a Brown Dwarf

If Comet Elenin is a Brown Dwarf (Nibiru), this is how everything will occur in September.

A DWARF STAR is currently in a position between JUPITER and SUN and is approaching EARTH from at 100,000 miles per hour covering 2.4 million miles each day from the Leo Constellation moving towards EARTH to break through the ecliptic plane on 02.03.2011.

The DWARF STAR with a planetary object (PLANET X) and multiple Moons is currently on an inbound trajectory between JUPITER orbit and MARS orbit to reach MARS orbit on 25.06.2011.

Total trajectory can be traced online, on web pages of JPL – Jet Propulsion Laboratories from California. NASA is placing the object into group of “Hyperbolic comets” and has assigned to it as C/2010 X1 ( http://ssd.jpl.nasa.gov/sbdb.cgi?sstr=C/2010%20X1 ), which will turn out to be an extinguished star of a size somewhere between mass of SATURN and SUN.

The DWARF STAR being currently tracked by NASA as the “Leonid ELENIN Comet” that came into alignment with SUN and EARTH at the first of three alignments on March 11, 2011 (Japan Earthquake); which is what all the false flag disinformation is calling the pole shift. The DWARF STAR was still too far away (2.1 AU) to assume polarity control of the EARTH from the SUN. This March 11 alignment coincides with the February 27, 2010 ELENIN – EARTH – SUN alignment that shifted earth AQUIFERS and shifted Earth axis 3 inches with the 8.8 Chile Quake. 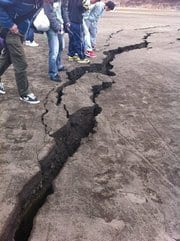 The magnetic poles of our planet are not shifting, but are migrating ( http://www.youtube.com/watch?v=_lH1mkcDGiU ) from the approach of the DWARF STAR mini solar system and the powerful magnetic field and polarity entering our inner solar system; which has been going on since 2004. The dynamic gravitational Tug-of-War between the SUN, EARTH and DWARF STAR is enhanced by the near – alignment of seven planetary bodies of our Solar system.

These orbiting objects are connected to the SUN by magnetic portals and magnetic fields, which the EARTH passed through on 27.02.2010 and 11.03.2011 that connects the DWARF STAR to the SUN.

The next major event for DWARF STAR is 27.06.2011, when the DWARF STAR crosses the MARS orbit. Then on 07.07.2011 the ELENIN DWARF STAR passes between the SUN and SATURN orbiting above the ecliptic plane, which should reveal some evidence that ELENIN is attempting to gain polarity control over the ringed planet.

26.09.2011 marks the day of the SECOND ALIGNMENT, when ELENIN is only 0.396 AU from EARTH (36.8 million miles); when the DWARF STAR is expected to gain polarity control over the EARTH and cause the GEOLOGICAL POLE SHIFT. 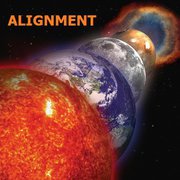 This marks the time when the EARTH will  bow to the DWARF STAR’s awesome magnetic field and strong polarity, so the northern hemisphere experiences many days of darkness; while the southern hemisphere is drawn nearer the SUN.

There are 14 days between ELENIN reaching perigee position and this alignment with the EARTH and SUN being equidistant to ELENIN on the 7th day (18.09.2011).

02.10.2011 is the day that the ELENIN DWARF STAR crosses VENUS orbit again to begin trekking in the direction of EARTH.

Our planet is still being pulled towards the SUN, but by this time we are also being pulled forward into the massive DWARF STAR gravity well. Two weeks go by, on 17.10.2011 ELENIN will crosses the EARTH orbit line to pass directly in front of our planet at just 21.57 million miles away, which is the nearest point in our encounter.

ELENIN crosses the Mars orbit line on 14.11.2011 on way to the THIRD ALIGNMENT on 22.11.2011 where the EARTH passes directly between the two once again like on 11.03.2011. This marks the time of the GEOLOGICAL POLE SHIFT REVERSAL that tips the EARTH back to near the current position, as the SUN regains polarity control from the PLANET – X racing away from the inner solar system. 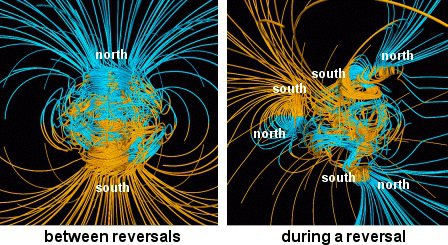 The DWARF STAR has a -5 declination below the plane on 11.09.2011 to steadily rise up to a 0.0 declination on 26.09.2011 for the SUN – ELENIN – EARTH alignment, which places the DWARF STAR directly on the plane between the SUN and EARTH. However, we also have the anticipated POLE SHIFT that will see ELENIN assume polarity control of Earth, as the magnetic portals connecting the SUN and EARTH are broken.

This marks the time that the NORTH MAGNETIC POLE is repelled and the SOUTH POLE is attracted to the DWARF STAR, so those of us living in the northern hemisphere will likely not be in position to witness the solar eclipse. Also, by this time, the solar storms are so terrible that people will be forced underground in order to survive and witnessing a solar eclipse will be the last thing on their minds. This eclipse should last from one day up to 3 days. After that period the situation will normalize and thing will go back into one order.

The SUN currently has polarity control of the EARTH in our current north – south pole position. If this DWARF STAR object were approaching our planet and the poles had little or not reaction, then we could conclude that no POLE SHIFT event is in the cards.

However, since the magnetic poles are migrating and the NORTH POLE is migrating faster and a greater distance than the SOUTH POLE, we should assume that a POLE SHIFT event will include ELENIN repelling the pole that is most affected; which in this case is the north magnetic pole.

However, even before the expected pole shift event on 26.09.2011, because of the approaching PLANET – X, we expect to see solar storms intensify to become unbearable to the point that our survival groups are using deep caverns as part of our survival strategy. How wild animals fit into that kind of plan we have no clue, surely they will be on their own.

The northern hemisphere will experience the longest night in EARTH’s history, through the worst of the solar storms that lasts for more than a week up to 3 weeks, therefore it’s reasonable to have on stocks some rice, noodles, water and other survival equipment.

While the southern hemisphere suffers through one long day of solar storms and fluctuating magnetosphere and atmosphere that literally burns everything on the surface to a cinder.

While I hope these predictions are all wrong, my plan is to hope for the best and prepare for the worst case scenario means meeting with survival group at the cavern bugout or in front of the nuclear bunker location, before the crap hits the fan later this summer 2011.

We’ll have more data after the 07.07.2011 when SUN – ELENIN – SATURN alignment will provide more information about what is coming. Precisely about the size of the approaching DWARF STAR, known also under the name PLANET – X.

Post Scriptum: It’s all bullshit! None of this is true. It’s all smoke and mirrors. It’s all a great distraction while they are pulling you your wallet out of your back pocket. All this information is only to frighten masses, to fear monger them into delusion, to create the panic, to create the reason and excuse for an EARTHQUAKE, STORM, FLOODS and TIDALS, war and police state, fire and bombings … for everything, there is a blame to give. It’s comet’s fault! Planet – X is guilty.

Let’s say that we buy into a great “alignment”, that might take place, which will trigger strong earthquakes and seismic activities all over the Planet and meanwhile they trigger the real earthquake with technologies like HAARP and other seismic weapons. The guilt goes to a comet. From then on, people start following the stories about NIBIRU, PLANET X and ELENIN.

And because we believe, the cabal deploys its “BLUEBEAM projections on the sky” technology (http://www.youtube.com/watch?v=NsEdOSYf9x8&NR=1) and they paint us the PLANET – X into the sky, contributing into the perfect scam and persuasion of the falsely believed reality. We people believe, we are frightened, we are looking for solutions, we are looking for guidance what to do. So, we have a crisis emergency event and we have multiple reasons how this was brought about. The real reason, which will be pointed out by the cabal, will be the one, which is the most exposed and glorified by the masses, either ASTEROID or ELENIN gravity – EARTHQUAKE or EVIL ALIEN ATTACKS.

Did you really think, that some Star which is just by itself already “dwarfed”, that it can make harm to our fulloflife – blue – green mother EARTH? Nooo, it can harm only those dwarfed the same way, to those which are dwarf – thinking, who are thinking of devastation, those are the first who will get the asteroid crashing directly into their heads. Sometimes we used to call this “hailstone”, but if you include the story about the comet, asteroid and PLANET – X, which is blinding the SUN and is throwing at us some white stones that evaporate, than this is scary.

It all depends of the perception. Ok, so be it, 30 days with no electricity. Our elders were whole life without it and they couldn’t care less. So what!? So we’ll have more sex instead, world needs LOVE. Back into the age of Pocahontas and Winnetou. We won’t be cold, we won’t be hungry, we won’t be thirsty.

THIS is a test. IN A PRESENT MOMENT WE FIND OURSELVES IN A TEST PERIOD. If you believe – buy a story »TERRORISTS MUSLIM TALIBAN – AFGANISTAN, PAKISTAN and IRAN’s VENGEANCE«, than the terrorists will come. If you believe the story »EVIL ALIENS ATTACKING US«, evil aliens will come to attack us, cabal has the back engineered ships and technology hidden for decades.

If you believe the story about »ASTEROID«, they’ll throw the asteroid at you; they’ll make the look-a-like explosion like they did in TUNGUSKA EVENT in 1908 and blame it on asteroid without a trace, evaporated. If you believe the story about »EARTHQUAKE because of ALIGNMENT EARTH – ELENIN – SUN«, then they’ll deploy the seismic HAARP attack and create the quake and the BLUEBEAM sky alignment of Planets.

Whatever the world believes, whatever the mass will follow and feed, that is what THEY will do. If public does not get scared, if we don’t buy nothing what they are selling us, then they will have no more power to manipulate on us with theirs artificially created catastrophes, and they will lose. Whenever you hear »ELENIN, PLANET X, DWARF STAR, NIBIRU, EVIL ALIEN ATTACK, TERRORIST, ASTEROID«, know that this is bullshit!

If deer’s and foxes can survive, we’ll survive either, although there is a geomagnetic reversal or massive earthquakes. Everything else is manipulation for achieving the goal of new world order. There is no reason for panic. They want panic. Demonstrations are unnecessary. NON COMPLIANCE is the key. AWARENESS is the key. Be LOVE ❣