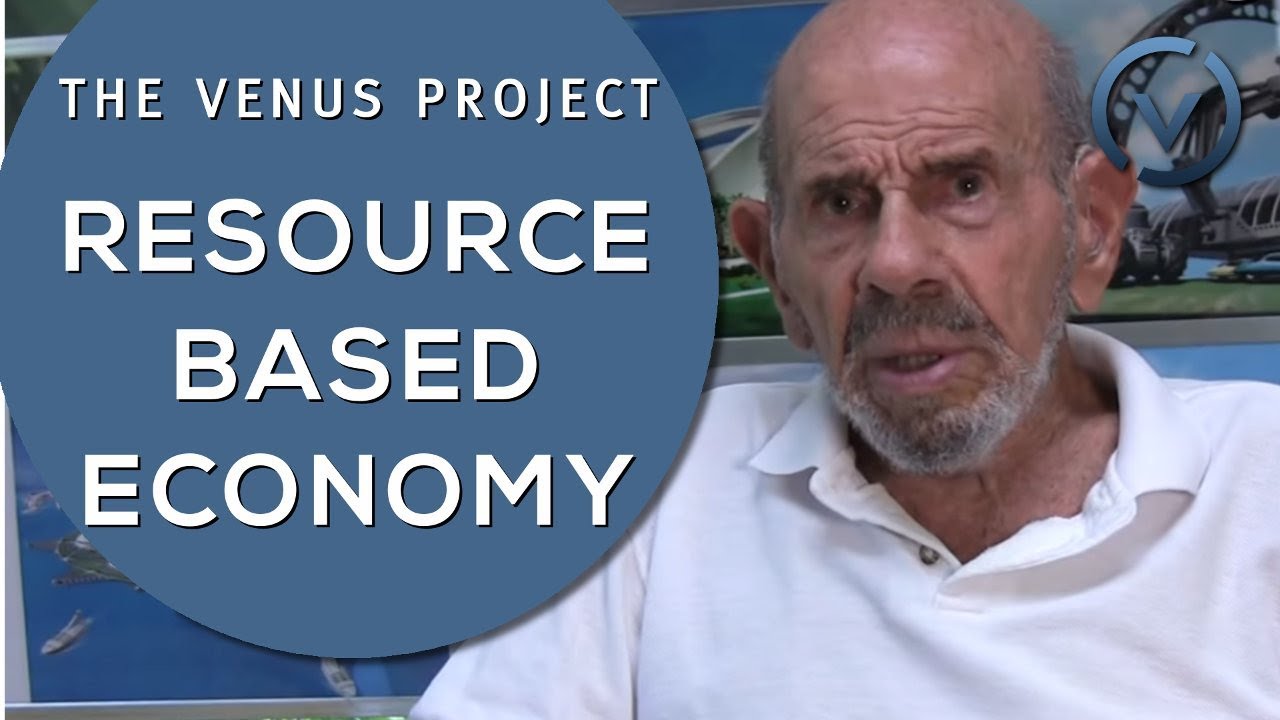 The Economy of the Future: RBE

The term and meaning of a Resource-Based Economy (RBE) was originated by Jacque Fresco (TVP).

It is a holistic social and economic system in which all goods and services are available without the use of money, credits, barter or any other system of debt or servitude.

All resources become the common heritage of all of the inhabitants, not just a select few.

The premise upon which this system is based is that the Earth is abundant with plentiful resource; our practice of rationing resources through monetary methods is irrelevant and counter productive to our survival.

By supplying an efficiently designed economy, everyone can enjoy a very high standard of living with all of the amenities of a high technological society.

A resource-based economy would utilize existing resources from the land and sea, physical equipment, industrial plants, etc. to enhance the lives of the total population.

In an economy based on resources rather than money, we could easily produce all of the necessities of life and provide a high standard of living for all.

Consider the following examples: At the beginning of World War II the US had a mere 600 or so first-class fighting aircraft. We rapidly overcame this short supply by turning out more than 90,000 planes a year.

The question at the start of World War II was: Do we have enough funds to produce the required implements of war?

The answer was no, we did not have enough money, nor did we have enough gold; but we did have more than enough resources. It was the available resources that enabled the US to achieve the high production and efficiency required to win the war. Unfortunately this is only considered in times of war.

In a resource-based economy all of the world’s resources are held as the common heritage of all of Earth’s people, thus eventually outgrowing the need for the artificial boundaries that separate people. This is the unifying imperative.

We must emphasize that this approach to global governance has nothing whatever in common with the present aims of an elite to form a world government with themselves and large corporations at the helm, and the vast majority of the world’s population subservient to them.

Our vision of globalization empowers each and every person on the planet to be the best they can be, not to live in abject subjugation to a corporate governing body.

Our proposals would not only add to the well being of people, but they would also provide the necessary information that would enable them to participate in any area of their competence. The measure of success would be based on the fulfillment of one’s individual pursuits rather than the acquisition of wealth, property and power.

At present, we have enough material resources to provide a very high standard of living for all of Earth’s inhabitants. Only when population exceeds the carrying capacity of the land do many problems such as greed, crime and violence emerge. By overcoming scarcity, most of the crimes and even the prisons of today’s society would no longer be necessary.

A resource-based economy would make it possible to use technology to overcome scarce resources by applying renewable sources of energy, computerizing and automating manufacturing and inventory, designing safe energy-efficient cities and advanced transportation systems, providing universal health care and more relevant education, and most of all by generating a new incentive system based on human and environmental concern.

Many people believe that there is too much technology in the world today, and that technology is the major cause of our environmental pollution. This is not the case. It is the abuse and misuse of technology that should be our major concern.

In a more humane civilization, instead of machines displacing people they would shorten the workday, increase the availability of goods and services, and lengthen vacation time. If we utilize new technology to raise the standard of living for all people, then the infusion of machine technology would no longer be a threat.

We would eventually be able to have energy in unlimited quantity that could propel civilization for thousands of years. A resource-based economy must also be committed to the redesign of our cities, transportation systems, and industrial plants, allowing them to be energy efficient, clean, and conveniently serve the needs of all people.

With automated inventory on a global scale, we can maintain a balance between production and distribution. Only nutritious and healthy food would be available and planned obsolescence would be unnecessary and non-existent in a resource-based economy.

As we outgrow the need for professions based on the monetary system, for instance lawyers, bankers, insurance agents, marketing and advertising personnel, salespersons, and stockbrokers, a considerable amount of waste will be eliminated. Considerable amounts of energy would also be saved by eliminating the duplication of competitive products such as tools, eating utensils, pots, pans and vacuum cleaners. Choice is good.

But instead of hundreds of different manufacturing plants and all the paperwork and personnel required to turn out similar products, only a few of the highest quality would be needed to serve the entire population. Our only shortage is the lack of creative thought and intelligence in ourselves and our elected leaders to solve these problems. The most valuable, untapped resource today is human ingenuity.

With the elimination of debt, the fear of losing one’s job will no longer be a threat. This assurance, combined with education on how to relate to one another in a much more meaningful way, could considerably reduce both mental and physical stress and leave us free to explore and develop our abilities.

If the thought of eliminating money still troubles you, consider this: If a group of people with gold, diamonds and money were stranded on an island that had no resources such as food, clean air and water, their wealth would be irrelevant to their survival.

It is only when resources are scarce that money can be used to control their distribution. One could not, for example, sell the air we breathe or water abundantly flowing down from a mountain stream. Although air and water are valuable, in abundance they cannot be sold.

Money is only important in a society when certain resources for survival must be rationed and the people accept money as an exchange medium for the scarce resources.

Money is a social convention, an agreement if you will. It is neither a natural resource nor does it represent one. It is not necessary for survival unless we have been conditioned to accept it as such.