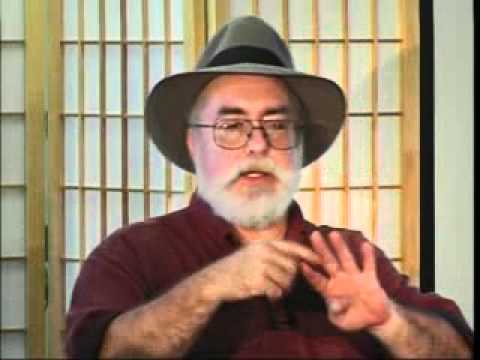 Future Technology From The Past – by Jim Marrs [Full Lecture]

The accidental discovery of single atom elements by a Phoenix-area cotton farmer in the 1970s may have opened the door to limitless free energy, a cure for AIDS and cancer, longevity, faster-than-light speeds, anti-gravity and much more, perhaps even inter-dimensional and time travel.

But this discovery may precipitated new policies and even war in a struggle to gain control over this new technology? And, while this discovery has been startling to modern science, it appears to be nothing new. As stated in Ecclesiastes 1:9 (New International), “What has been will be again, what has been done will be done again; there is nothing new under the sun.”

Today, several scholars have linked this amazing discovery to the mythology and legends of the far distant past, especially in ancient Mesopotamia today known as Iraq.

Interest in this new technology grew rapidly and by 2003, some researchers were even claiming that the invasion of Iraq made have had more to do with this new discovery than with oil, weapons of mass destruction or regime change. This story of amazing new discoveries, their connection with narratives from the ancient past and the possible role all this plays in current world events is gaining more and more interest within the public. It appears as though these elemental secrets were lost centuries ago, though vestiges of this knowledge may have been passed down through the years by a series of secret societies.

The current story began with David Hudson, a self-styled conservative Republican and cotton farmer from Phoenix, Arizona. By the mid-1970s, Hudson had found farming in the parched baked soil there a hard scrabble. He began to look for other means of making a living even as he began injecting sulphuric acid into the soil in an effort to break up the dry crust. He found that by spraying his soil samples with a cyanide solution, he could obtain traces of metals from the ore, including gold.

“[W]e had been doing soils analysis [when we thought of] this concept of literally piling ore up on a piece of plastic and spraying it with a cyanide solution, which dissolves selectively the gold out of the ore,” Hudson told a Dallas audience in 1995. “It trickles down through the ore until it hits the plastic and then runs out of the plastic into the settling pond. It’s pumped up through activated charcoal where the gold adheres to the charcoal and then the solution is returned to the stack…The concept seemed pretty simple. I decided, you know a lot of farmers have airplanes, a lot of farmers have race horses, a lot of farmers have race cars…I decided I was going to have a gold mine.”

After checking out several locations, including abandoned gold mines, Hudson found the site near Phoenix he was seeking. “I had a lot of earth movers and water trucks and road graders and backhoes and caterpillars and these kinds of things on the farm and I had equipment operators, so I decided I was going to set up one of these heap leach cyanide systems.”

Hudson got much more than he had bargained for. “[W]e began recovering the gold and silver and we would take the charcoal down to our farm. We’d strip it with hot cyanide and sodium hydroxide. We’d run it through an ‘electro-winning cell’ to get the gold out. And then we would do what’s called a ‘fire assay,’ where you run it through a crucible reduction to get this gold and silver bead….This is the time honored procedure for recovering gold and silver and, basically, its been performed for 250-300 years. It’s the accepted standard in the industry,” he explained.

But, along with small amounts of gold and silver, Hudson also recovered small beads of a material which baffled attempts at analysis. “Something was recovering with the gold and silver [that] we couldn’t explain,” he said.

This “something” turned out to be elements heretofore unknown to modern science, elements composed of a single atom. This monatomic matter is found in virtually everything around us including the food we eat and the water we drink.Hudson found such elements could be retrieved from noble metals such as gold, silver, copper, cobalt and nickel along with platinum, palladium, rhodium, iridium, ruthenium and osmium.

He also found that the nuclei of such monatomic matter acted in an unusual manner. Under certain circumstances, they began spinning and creating oddly deformed shapes. Oddly, as these nuclei spun they began to come apart on their own.