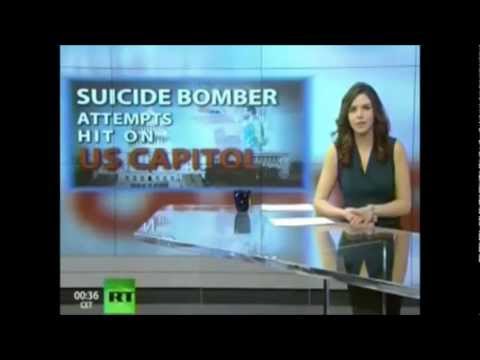 I. FBI Tries To Coax Muslim Into Bombing US Capitol;
II. Another FBI Fabricated “Terrorist” Attack: The Christmas tree bomber;
III. The Most Tragic US-Fabricated Terrorist Attacks in History;

I. Another example of the government planning terror attacks in the U.S.

Just like the Christmas tree bomber, New York bomber, shoe bomber, underwear bomber, our government built bombs for and assists these useful “terrorists” to carry out their (fake) “attacks”.

“Accordingly, the Roosevelt administration, while curtly dismissing Japanese diplomatic overtures to harmonize relations, imposed a series of increasingly stringent economic sanctions on Japan. In 1939 the United States terminated the 1911 commercial treaty with Japan. “On July 2, 1940, Roosevelt signed the Export Control Act, authorizing the President to license or prohibit the export of essential defense materials.”
“Under this authority, “[o]n July 31, exports of aviation motor fuels and lubricants and No. 1 heavy melting iron and steel scrap were restricted.” Next, in a move aimed at Japan, Roosevelt slapped an embargo, effective October 16, “on all exports of scrap iron and steel to destinations other than Britain and the nations of the Western Hemisphere.”

Finally, on July 26, 1941, Roosevelt “froze Japanese assets in the United States, thus bringing commercial relations between the nations to an effective end. One week later Roosevelt embargoed the export of such grades of oil as still were in commercial flow to Japan.”[2] The British and the Dutch followed suit, embargoing exports to Japan from their colonies in southeast Asia.” – Robert Higgs – “How U.S. Economic Warfare Provoked Japan’s Attack on Pearl Harbor”;
And more importantly, “…everything that the Japanese were planning to do was known to the United States…” ARMY BOARD, 1944.
References: The Pearl Harbor Deception,  “The Mother of all Conspiracies” and BBC Documentary: “Sacrifice at Pearl Harbor”.
2. The Gulf of Tonkkin Incident – started the Vietnam war – now officially recognized as non existent;
3. The 9/11 US Government Attacks on its own People – started the Iraqi and Afghanistan wars.
Here we have the longest list of evidence pointing towards an inside job that I have ever seen. This attack was not planned to stay hidden – they want us to know the truth. The question is ‘why’? – More sources: 9/11sharethetruth, 9/11thetruth, Scholars for 9/11 truth: ONE and TWO.
World War 3 is probably already planned. And if this is true, then it will be triggered in the Middle East, most probably by the US attack on Iran. USA and UK have their best carriers at a striking distance.
We can prevent WWIII by spreading awareness!
Alexander Light, HumansAreFree.com;
Head of DEA: "CIA are drug smugglers"! Afghan drugs bring $50 billion/year Previous post
Infinite Energy Exists: The Truth [Documentary] Next post