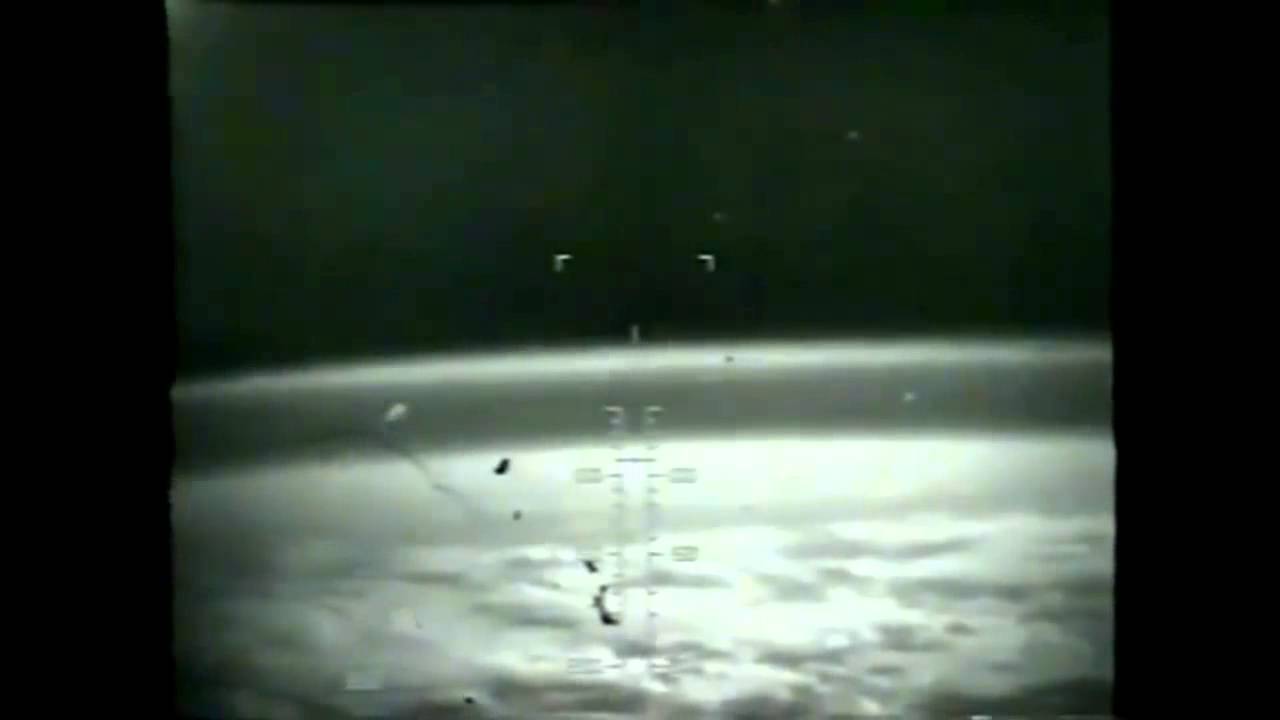 Alexander LightMay 8, 2012
The brief segment of footage we will be examining here was shot back in 1991 during shuttle mission STS-48. In this case, the footage shows an unidentified object that initially enters the field-of-view at the bottom center of frame. The object in question that I focus on can be seen experiencing deviations in flightpath shortly after it becomes visible, so in order to better delineate those non-ballistic movements, I show several flightpath tracking and trace enhancements here that allow for an accurate look at the changes in velocity vector that the object experiences as it traverses across the FOV.
Video Analysis:
Unfortunately, based on the limited evidence available to us, there is simply no possible way to make any kind of credible size or range estimations for the unidentified objects seen in this sequence. As you will see, it is pretty clear that the primary object I focus on does not maintain a purely ballistic trajectory, with the movement profile demonstrating there are indeed several changes in the velocity vector occurring.

Any flightpath deviations of unidentified objects that we see in this NASA footage must be due to either some external force acting upon the object (push/pull), or alternatively, we must also consider that there could be an internal force or thrust being emitted from the object itself that accounts for the changes in trajectory/velocity observed (the second option could of course potentially denote some level of intelligent control being involved).

Also please keep in mind, the fact is that there is simply no way for anyone to identify the object seen in this brief segment of footage, so therefore, by definition, that object must logically be classified as being “unidentified”.

Of course, the term “UFO” does not necessarily mean “Alien Spacecraft”. These objects can be accurately referred to as being “UFOs” because that is exactly what they are. They are anomalous, unknown objects that are clearly flying free in space that cannot be identified as being any form of known man-made structure or known celestial object. We do not know what they are, how they got there, where they came from, where they are going, or what they are doing there. By definition, that makes them ‘UFOs’.”