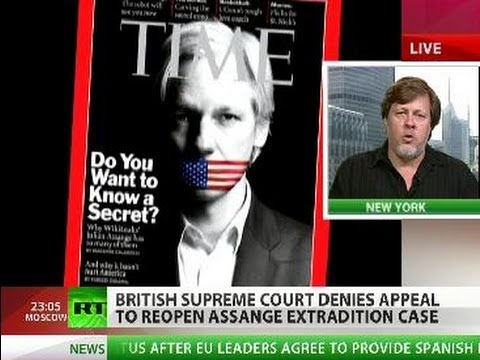 RT News – “Wikileaks editor Julian Assange could be sent to Sweden by the end of the month, where he’s wanted for questioning over sex assault allegations. That’s after the UK’s top court unanimously dismissed his bid to re-open his extradition case. But Assange says the move is politically motivated and Stockholm might have a secret agreement with the U.S., where he’s wanted for his whistleblowing activities.