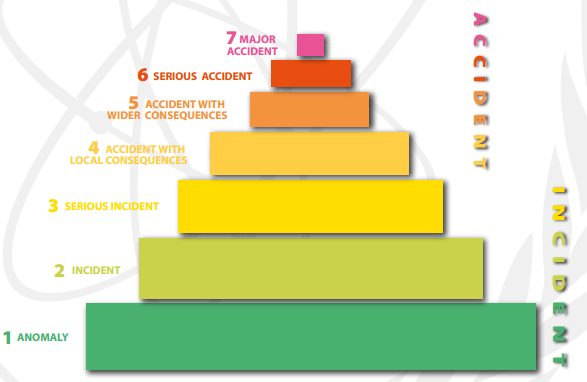 The Untold Truth About Nuclear Energy: Hidden Dangers and Costs

With more than 430 commercial nuclear power reactors operating in 31 countries, it is paramount to understand the dangers posed to our environment, our health, and – without exaggeration – to our very existence, by nuclear energy.

“Few leaders have held power for more than several decades; the lifespan of most energy agencies is even shorter.

“But the toxicity of high-level waste requires that it be kept out of the biosphere for tens of thousands of years — longer than recorded history. 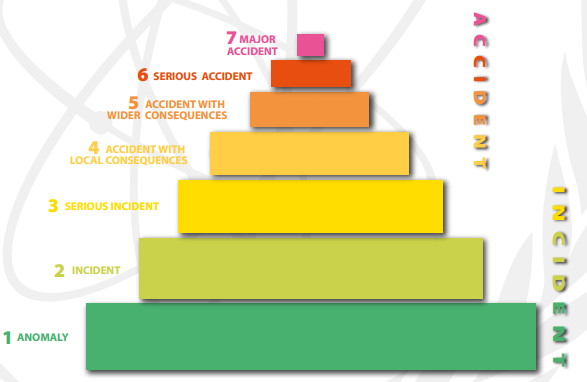 “Since reliance on human management for such a long period of time is impossible, most countries have decided to bury their wastes in geologic repositories 300 to 1,200 meters below the earth’s surface. Searching for stable sites is the current focus of most disposal programs.

“The characteristics of a good site include unfractured geology so groundwater will not migrate through the area and contaminate water supplies, low seismic activity, and the absence of mineral wealth so future generations will not want to drill in the area.” [1]

Each of the 430 nuclear reactors are a deadly risk while active and operating, and an equal risk when they are decommissioned and disposed. All 430 nuclear power reactors provide only about 11% of the world’s electricity.

No, they are not, and here is why:

The expenses and dangers of decommissioning nuclear power plants:

“In most industries, the disposal of retired plants and equipment is a straightforward and relatively low-cost operation. But the high levels of radiation present in shut-down reactors will make the procedure uniquely complex and costly.

“Some radioactive elements will decay quickly, but others will remain hazardous for millennia. Decommissioning will require remote-controlled technologies and large work crews to limit individual exposure to radiation, as well as comprehensive strategies for safely transporting and disposing of radioactive debris.” [2]

The current estimate by the United Kingdom’s Nuclear Decommissioning Authority is that it will cost at least £70 billion to decommission the 19 existing United Kingdom nuclear sites; this takes no account of what will happen in the future. Also, due to the radioactivity in the reactor structure, decommissioning is a slow process which takes place in stages.

The plans of the Nuclear Decommissioning Authority for decommissioning reactors have an average 50 year time frame. The long time frame makes reliable cost estimates extremely difficult. Excessive cost overruns are not uncommon even for projects done in a much shorter time frame.” (Source).

“Each year, nuclear power generation facilities worldwide produce about 200,000 m3 of low- and intermediate-level radioactive waste, and about 10,000 m3 of high-level waste including used fuel designated as waste.

In the OECD countries, some 300 million tonnes of toxic wastes are produced each year, but conditioned radioactive wastes amount to only 81,000 m3 per year.
In the UK, for example, the total amount of radioactive waste (including radioactive waste expected to arise from existing nuclear facilities) is about 4.7 million m3, or around 5 million tonnes. A further 1 million m3 has already been disposed.” (Source: World-Nuclear).
The nuclear waste is transported and disposed into especially designed storage facilities, usually in poor countries around the planet. After the contract is signed, the storage facilities are built by those who want to get rid of the nuclear waste, plus a solid yearly tax payed to the Government of the country that stores the waste. Again, very cost-ineffective.

Nuclear power in the United States

As of 2011, nuclear power in the United States is provided by 104 commercial reactors licensed to operate at 65 nuclear power plants, producing a total of 806.2 TWh of electricity, which was (only) 19.6% of the nation’s total electric energy generation in 2008.

The United States is the world’s largest supplier of commercial nuclear power.

“There has been considerable public and scientific debate about the use of nuclear power in the United States, mainly from the 1960s to the late 1980s, but also since about 2001 when talk of a nuclear renaissance began. There has been debate about issues such as nuclear accidents, radioactive waste disposal, nuclear proliferation, nuclear economics, and nuclear terrorism.

Mark Z. Jacobson, professor of civil and environmental engineering at Stanford University, has said: ‘If our nation wants to reduce global warming, air pollution and energy instability, we should invest only in the best energy options. Nuclear energy isn’t one of them’. (…)

In February 2012, the US Nuclear Regulatory Commission approved the construction license of the two proposed reactors at the Vogtle plant. NRC Chairman Gregory Jaczko cast the lone dissenting vote on plans to build and operate the two new nuclear power reactors, citing safety concerns stemming from Japan’s 2011 Fukushima nuclear disaster, and saying ‘I cannot support issuing this license as if Fukushima never happened’.

One week after Southern received the license to begin major construction on the two new reactors, a dozen environmental and anti-nuclear groups are suing to stop the Plant Vogtle expansion project, saying ‘public safety and environmental problems since Japan’s Fukushima Daiichi nuclear reactor accident have not been taken into account’.

As of March 2012, 23 aging nuclear power plants continue to operate, including some similar in design to those that melted down in Fukushima, such as Vermont Yankee, and Indian Point 2 just 24 miles north of New York City.

Vermont Yankee has reached the end of its projected lifetime operation, but the NRC favors extending its license, despite strong local opposition. On March 22, 2012, more than 1,000 people marched in protest to the plant, and about 130 engaging in civil disobedience were arrested, including 93-year-old anti-nuclear activist Frances Crowe.” (Source).

“Decommissioning just one large reactor will yield a volume of contaminated concrete and steel equal to one fourth of the low-level radioactive wastes now shipped to all commercial U.S. nuclear dumpsites in a year.

‘Nobody really knows how much all this is going to cost,’ said Charles Komanoff, director of Komanoff Energy Associates, a New York-based consulting group. ‘Unfortunately with nuclear power, unknowns have a way of becoming very expensive.’

The NRC estimates decommissioning costs for the large, 1100 megawatt plants to be between $125 million and $175 million. Other studies put the cost of decommissioning the hundreds of units in service and under construction around the world at from $50 million to $3 billion per reactor; the latter figure equals the cost of building a modern U.S. facility.

According to NRC spokesman Keith Steyer, “The cost of decommissioning will be covered under the operating costs of the plant, [which are] passed on to the consumer.’

If decommissioning costs, adjusted for inflation, equal only half the original construction price tag, the results could be a ‘financial catastrophe,’ for the nuclear industry. Komanoff said.” [3]

Radio Free Europe (RFE-RL) created a list of old nuclear reactors still in operation, which pose a similar danger as the Fukushima Daiichi nuclear facility: Five nuclear disasters waiting to happen. Three of the treats are located in Russia, UK and USA.

In my opinion, nuclear energy shouldn’t have been taken into account because it’s so dangerous to produce, it has a very long term & hazardous waste disposal and reactor decommissioning, and overall is very cost-ineffective.

At the same time, we have the opportunity, the financial means and the motivation to harness clean and infinite energy from the Sun.

Germany Proves that IT CAN BE DONE!

After the Fukushima nuclear disaster, Germany saw massive anti-nuclear protests, which determined Germany’s coalition government to announce a reversal of policy, that will see all the country’s nuclear power plants phased out by 2022.

“The decision makes Germany the biggest industrial power to announce plans to give up nuclear energy. (…) Mr Rottgen said the seven oldest reactors – which were taken offline for a safety review immediately after the Japanese crisis – would never be used again. An eighth plant – the Kruemmel facility in northern Germany, which was already offline and has been plagued by technical problems, would also be shut down for good.

Mr Rottgen said: ‘It’s definite. The latest end for the last three nuclear power plants is 2022. There will be no clause for revision.’

‘The various studies from the Intergovernmental Panel on Climate Change show that renewables could deliver, basically, global electricity by 2050,’ he said.

‘Germany is going to be ahead of the game on that and it is going to make a lot of money, so the message to Germany’s industrial competitors is that you can base your energy policy not on nuclear, not on coal, but on renewable’.”

And the German government kept its word until now, as Germany recently became the world leader of solar-power:

Germany’s solar power plants produced a record 22 gigawatts of energy on Friday, equivalent to the output of 20 nuclear plants.

The director of the Institute of the Renewable Energy Industry (IWR) in Muenster, northeast Germany, said the solar power delivered to the national grid on Saturday met 50 per cent of the nation’s energy quota.

‘Never before anywhere has a country produced as much photovoltaic electricity. Germany came close to the 20 gigawatt (GW) mark a few times in recent weeks. But this was the first time we made it over,’ Norbert Allnoch told Reuters news agency.”

Germany took the first step and showed us all that it can be done. Now, the time has come for all countries to start investing in clean and sustainable energy, and it’s our job to make them understand that we, the people, have a say in this.