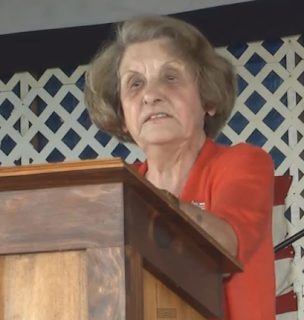 She Survived Hitler and Wants to Warn America

The purpose of this article is to warn all the world’s people that a new totalitarian system is spreading worldwide, as we speak. Day after day new bills and laws limit our freedoms and take away our power.

Just as David Icke explains, “these are expressions of what I call the totalitarian tiptoe. It is where you introduce the totalitarian state, not all in one go, because then people would see immediately what is happening, but you do it in stages and you claim that each stage is connected to the other stage. Of course, this has been going on now for decades and decades but what happens, of course, is that the further you go along this road towards your goal, the more extreme these different stages become because you are getting closer and closer to your ultimate extreme, which is this global, fascist, communist dictatorship.” 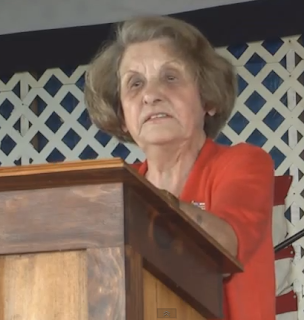 85-year-old Kitty Werthmann (left picture), grew up in Austria under Hitler’s regime, and felt the need to warn Americans about the dangers of a malicious socialism and overall political deception.

She explained the origin of the word “Nazi” (short for the German name of the National Socialist Workers Party) and punctuated each of her anecdotes with “That’s socialism!”

Werthmann said that Adolf Hitler spoke just like an American politician, and spoke ill of welfare, the nationalized health care system, and the employment of women, all leading up to a strange and sudden turn to militancy.

“What I am about to tell you is something you’ve probably never heard or read in history books,” she likes to tell audiences.

“I am a witness to history. I cannot tell you that Hitler took Austria by tanks and guns; it would distort history. We voted him in. We elected him by a landslide – 98 percent of the vote,” she recalls.

CONFIRMED: Feinstein's Gun Control Legislation Will Ban Most Guns Previous post
The Meaning of: "War is Peace, Freedom is Slavery, Ignorance is Strength" Next post