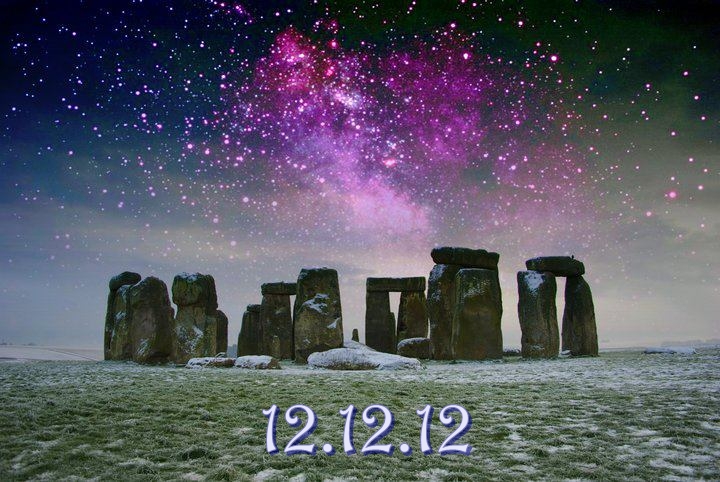 (Simple Ascension) — “Everything is energy.  And as we approach these final days before ascension, there’s another date before December 21, 2012 that is vitally important to our entire ascension process – and that’s December 12, 2012.

In fact, it can be said that the real action that will allow our ascension to take place will occur on December 12, 2012!

What’s Really Happening, we’ll discuss the Divine Master Plan and what’s happening energetically on 12-12-12 and why what’s happening is so significant to both our and the planet’s ultimate ascension on 12-21-12.

In Part II, we’ll share a few suggestions for steps we can each take to make the most of the energies that will be flowing on, to and through the planet on this most significant date of 12-12-12.

A Divine Master Plan at Work

The Ascension process we’re in the midst of is about an increase in frequency and thus consciousness.  It’s about our ability to rise into the crystalline dimensions previously unavailable to us. More particularly, and on a physical level for Humanity, ascension is a process enabling our physical bodies to move from 3rd dimensional, carbon-based bodies to the crystalline levels of frequency associated with the 5th and higher dimensions.

From a global perspective, Gaia’s ascension is about the birth of a New Earth, wherein Earth will be expanding beyond the 3rd dimension into 12 dimensions, of which dimension 5 through 12 are in nonpolarity, zero-point crystalline energy and integral oneness. 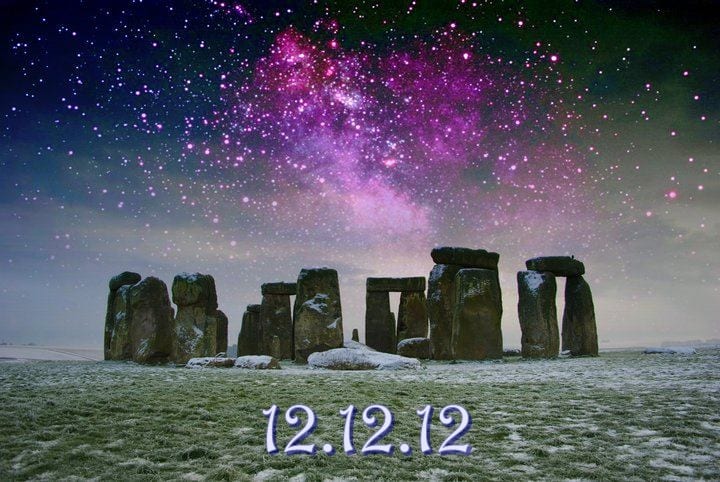 Thus, there is a Divine Master Plan at work.   Ascension is about much more than just Humanity making the Divine Leap.  And, as we’ll discuss further below, our ability to make that Leap is being divinely supported and facilitated in phenomenal ways by the energy surrounding us, both on and off planet.  Gaia and Humanity’s ascension affects not only us, but will ripple outwards affecting both our entire galaxy and the cosmos.

The Mechanics of Ascension

You are influenced by vast arrays of colors, sounds, electromagnetic energies, and sensory feelings perceived on cellular and crystalline levels of quantum. This network is connected in harmonic oscillation to all others like it. However, most of humanity is unaware of the extraordinary interactions that take place among their crystal, electromagnetic and material bodies. This interface occurring in the crysto-merkanah light body is more far reaching than humanity realizes. The physical cells can and do respond to each other, and their activity triggers higher centers of crystalline lightbody consciousness that tie into multidimensionality. This crystalline activation is a key aspect of the ascension.

This uptick in frequency, this movement into crystalline frequency and consciousness, is being supported and facilitated by the 144 crystalline grid now surrounding the planet.  The crystalline grid, which became the dominant earthen program replacing the magnetic grid in 2009, transforms light and affects our DNA, our physical body and that of the Earth.

So basically, what has been happening over the past 25 years, since the Harmonic Convergence in November 1987, is that our galactic star family, Creator and the energetic of the Universe as a whole, have been beaming high vibrational, high frequency energy to the planet continuously.  That energy flows into the crystalline grid now surrounding the planet thereby raising the frequency of the planet and triggering changes within our DNA and physical and other energetic bodies.

Put another way, in preparation for her ascension, and for the last 25 years or so, Gaia has been incorporating the Divine Love and Light energies being beamed to the planet and thereby raising her frequency into that of the crystalline level.  We, likewise, have been engaged in the same process ourselves, so that we can accompany Earth into the higher dimensions.  As part of that process, the grid surrounding Earth has expanded into a 144 crystalline grid and the completion of the crystallization of that grid is to take place on 12-12-12.

The Divine Master Plan at work provides for an ascension process including 12 Ascension Waves. These Ascension Waves are essentially standing waves – waves of energy flowing out from the center of the cosmos.   So the ascension process has come in 12 stages, or waves, with each of the waves being initially activated on the twelve triple date portals since 01-01-01 (1st wave on 1-1-01, 2nd wave on 02-02-02, etc.).  The 12th and final wave of ascension began with the new moon of January 23, 2012 and has exponentially increased in potency since then, and will come to a final culmination on December 21, 2012.

The ascension energies are 12-based and the ascension waves have helped to create the 144 crystalline grid now surrounding the Earth and contributing to the uptick in our frequency from carbon based levels to crystalline levels:

The ascension is, in geo-mathematical terms, occurring in base 12. It is perhaps more accurate to say that the crystalline transition at the core of the ascension is occurring in twelve waves, from the 01–01–01 through the 12–12–12. The expansive earth of the ascension has twelve dimensions. The 144 crystal grid is activating in twelve stages through the twelve triple-date portals. The twelve-wave scenario shares the resonance of the ascension. There are twelve major sun discks on the planet, each with a specific purpose and new crystalline codes. Each of the twelve feeds twelve satellites and those connect to the 144 crystals in a complex symmetry suited to the Earth and the crystalline grid itself.”

The intricacy and coordination of the Divine Master Plan at work and supporting our ascension is phenomenal!  Using the 12th Ascension Wave as an example, here’s what happens as each of the 12 waves of ascension hit the Earth:

It [the 12th wave of ascension was] then instantly flash transmitted to the primary sun disks and all power nodes of the planet, circumnavigating, encompassing, and enveloping the Earth and omni-Earth. Just as occurred with the cosmic triggers of 2009, 2010 and 2011, the energy of the twelfth wave enters through the octahedronal geo-format, via phi pyramids and natural nodes of octahedronal geometry. After the initial surge are additional coded wave influxes occurring on the equinoxes, eclipses, solstices, and on the 12–12–12. The apex is reached on December 21,2012.

To summarize the ascension mechanics at work here:  the energies of these 12 ascension waves hit the planet and connect with the 12 sun disks, triggering the release of more ascension codes.  The energy waves then flow from the sun disks to the 12 satellites and those connected to the 144 crystals on and within the planet, all triggering ascension – our increase in consciousness and movement from carbon-based to crystalline frequency.

The Importance of 12-12-12 and Arkansas for Ascension

The entire planet and all on it will go through an astounding energetic transformation on 12-12-12.

On the 12-12-12, the new crytsto-sun disk comes into full power, completes the crystalline activations, and recodes the final program of the crystalline grid.  Then a rebooting of the new grid takes place, and it reactivates in full progression on the 12-21-12.  It is the birth of a New Earth.

At precisely 12:12 pm on 12-12-12, the ascending energy from the crystal vortex (in Arkansas, USA) will merge and tie into the crytso-sun disk of Pinnacle Mountain, Arkansas, which is located in the largest strata of quartz crystal on our entire planet.
What’s so special about Arkansas, USA?

Everything is energy.  Our ascension is being driven by energies of a certain type flooding the planet and our bodies, triggering changes in our DNA and physical and energy body structures.

Quartz crystal is a most powerful transducer and transmitter of energy.  The largest strata of quartz crystal on the planet is located in the crystal vortexes of Arkansas, USA.  In effect, “Arkansas is the crystal generator on the Earth that opens the dimensional gates”

The triple-date portal gatherings that occur in the crystalline strata regions of Arkansas and Brazil on the 11–11–11 and 12–12–12 form the boundaries of the twelfth wave, and as such are paramount to the crystalline transformation of the 2012 ascension.”

So what is to happen on 12-12-12 will finalize the activation and network connections of all the master crystals, crystalline fields, grid points, power nodes and vortexial portal sites to the crysto-sun disk and the 144 crystalline grid.

At 12:12 pm on 12-12-12, the crystallization of the 144 crystalline grid running around and through the planet will be complete.  The energies will initially flow through the quartz crystal vortexes in Arkansas and Brazil, then flow planet-wide by activating the sun disks, satellites and master crystals and completing the crystalline grid.

On 12-12-12, the 144 crystalline grid assumes full power and the ascension of Earth will be complete.

What occurs on 12-12-12 will thereafter serve as a catalyst for a most amazing human transformation to take place – unlike any ever experienced in this Universe!” — Read Part II.

“Dear Ascension Pioneers! We have finally awaited the 12-12-12 portal of unification, which shall be followed by the December Solstice portal of completion, which carries the vibration of 13, which is Source. These are the days of our personal transition into the New. I AM in deep feeling and I AM sharing myself in complete openness in this video. Here is my 12-12-12 message for everyone!”