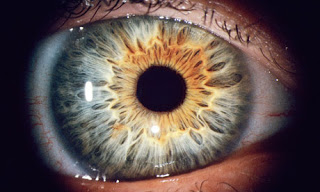 How Do Human Beings Perceive Reality?

We are an infant race of seven billion separated by different belief systems of how the planet operates. Imagine a race united in their knowing rather than divided by their belief systems. At the same time we all perceive our physical reality to be the same.

By simply perceiving ‘how the world is’, we are simultaneously creating it. Recent findings within quantum physics and mainstream science are just starting to understanding that consciousness and how we perceive reality are directly responsible for creating our reality.

The typical perception is go to school, get a job, and participate in daily activities such as sports, movies, drinking and more. We wake up in the morning and repeat the same cycle without ever observing what is taking place on our planet. Our current system is geared towards having us look ahead. 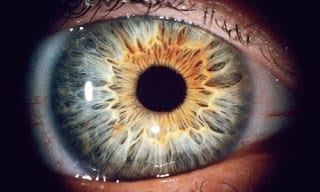 When we are in school we are studying for our future so we can have a job, when we are at our job we are working to save money to have things and be secure. We are always participating for something ahead of us, which totally disconnects us from the present moment.

Whilst participating in this system, we are so wrapped up in succeeding and surviving that we never question what is happening on planet Earth.

Our sources for truth are mainstream media networks. We have given our consciousness away almost to the point where we stopped questioning things. By consciousness I mean how we perceive our reality.

If you really think about it, we take a child from a young age and pound them with our version of reality. In school, we are essentially taught the way the world works and operates. It’s become apparent that what we are taught is often what our parents were taught, which is also what their parents taught them. While we go through the system, some of us wake up and realize that the world is not how we are taught it is.

We realize that there is a whole separate story to planet Earth. If our consciousness creates reality, and our perception of reality is responsible for shaping our reality, then new information and transparency on our planet has the potential to change the way we perceive. UFOs for example, it is becoming obvious daily that we are not alone on the planet. Energy is another example, it’s becoming obvious that we have access to zero point energy.

I could list a number of examples, but the point is that we live in a world that is characterized by a civilization that is separate in it’s knowing about the true nature of reality. What I mean is that we have a structure on the planet that thrives off of concealment of information. This structure has taken control of technological and scientific discoveries and suppressed them. Keeping known elements of our reality from us is a form of population control and perception manipulation. At the same time you can’t hide the truth, and the truth leads to something beautiful. Basically, we are all one, and we need to start seeing everyone as another facet of ourselves.

We literally, scientifically have the ability to manifest any type of reality we desire given the type of energy we all emanate. An energy of love is much more productive then an energy of fear. Everything is made up of infinite potentiality, and the moment consciousness decides to create from that, creation takes place. The findings of physicist Thomas Young in his famous double slit experiment help to show this, and while doing so sheds light on the quantum field and how our entire reality operates.

This is now fact, here is a scientific look of how consciousness creates reality from Dr Quantum: