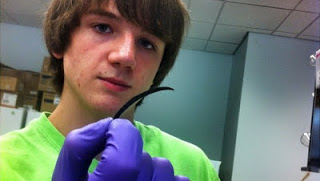 Jack is a fifteen year old freshman in high school. He developed a paper sensor that could detect cancer in five minutes for as little as 3 cents. He conducted his research at John Hopkins University.

This research could change the face of cancer and promote early detection. He has been selected as the Intel 2012 ISEF winner and has won awards at multiple national and international math competitions.

Jack’s method is 168 times faster, 26000 times cheaper, 400 times more sensitive and has a 90% success rate. He is on the national junior whitewater kayaking team and enjoys playing with his dog and folding origami. 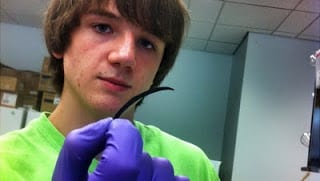 “There are millions more like me out there…” – Jack Andraka (Source)
Lost Ancient Technologies Of Peru And Bolivia Previous post
Japanese Water Therapy: Heal Your Body Naturally Next post