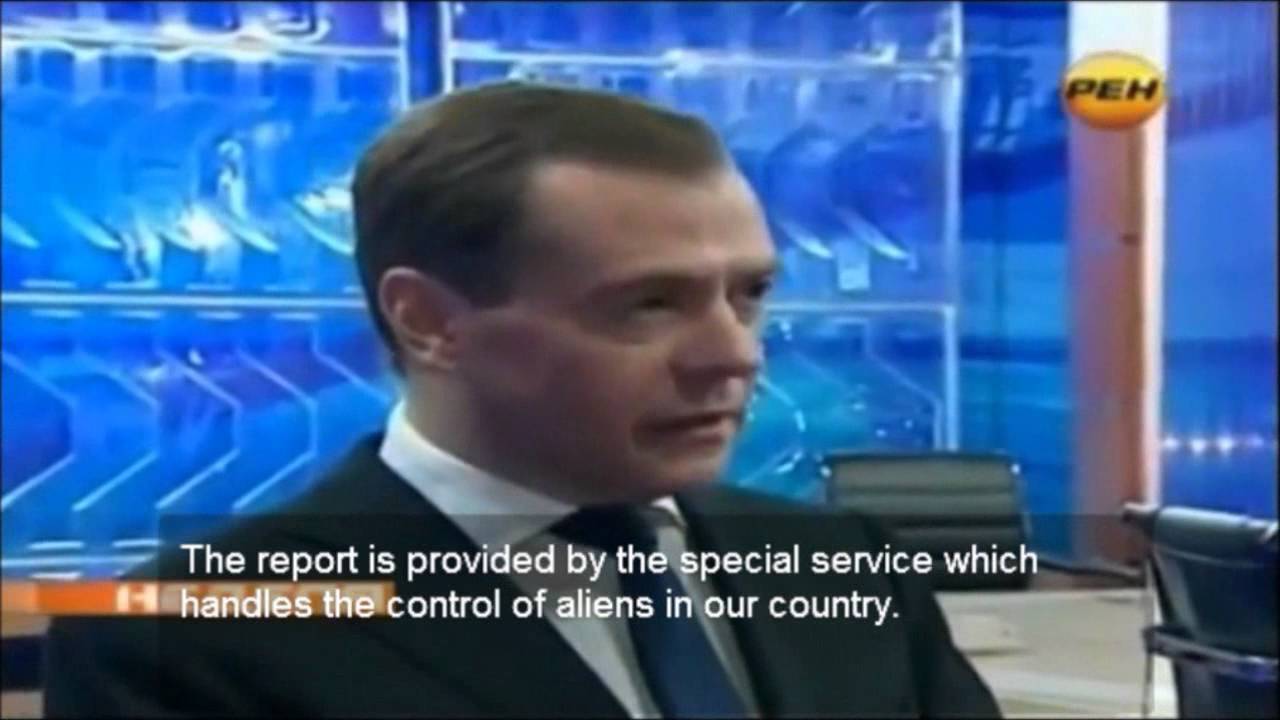 Russian prime minister and former president, Dmitry Medvedev, was asked on February the 8th, 2013 by a Ren TV journalist about extraterrestrials visiting Earth.

Journalist: “Prime minister, you know everything. Have aliens visited Earth?”

Apparently not being aware that the microphone was still on, prime minister Medvedev explained:

“I’ll tell you for the last time. Along with the nuclear briefcase and the launch codes, the president receives a special ‘top secret’ folder. This folder contains information about aliens who visit our planet. The reports are provided by the special secret service that handles the control of aliens in our country.

After the presidential term, the folder and the nuclear suitcase are transferred to the new president. You can receive more detailed information on this topic by watching the documentary called ‘Men In Black’. As always, you decide.”


The footage was released by the Reuters press agency. Most news stations decided not to air the footage, while those who did tried to spin it around and present it as a joke.

Not only that he does not look like joking, but his position as a prime minister does not allow him to make this kind of jokes.

He represents the governmental institution, hence everything he says is official, governmental, information. More to the point, he recommends a Russian documentary entitled “Men in Black”, as a source of further information on this topic.

Here is the complete “Men in Black” Russian documentary, with English subtitles:
How To Continue Receiving Facebook Updates From People You Like Previous post
Meteor Exploded Over Russia Injuring Hundreds -- Why Haven't We Been Warned? Next post