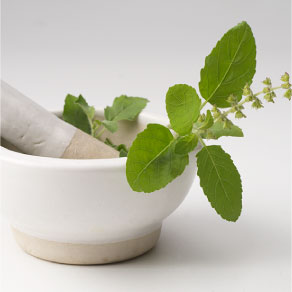 An exciting and new water treatment breakthrough has been announced that will now make the removal of fluoride from the drinking water supplies of the world’s poorest people more affordable than ever. Researchers from Rajasthan University in India have discovered that the Tulsi plant, also known as Holy Basil, can be used to significantly reduce the amount of fluoride in drinking water. At present, the most reliable methods used to remove excessive fluoride from drinking water are either too expensive or not suitable for the environments where they are needed most.


The method discovered by researchers from Rajasthan University is safe, cheap and readily available, making it an ideal alternative for communities who can’t afford to use the more advanced techniques of removing fluoride that are readily available in the West.

An experiment was conducted in the Yellareddyguda village of Narketpally Mandal. The researchers soaked 75mg of Tulsi leaves in 100ml of water that contained 7.4 parts per million of fluoride in the water.

At present, the world health organisation recommends that the safe level of fluoride in drinking water is between 0.5 to 1 parts per million.

This new water treatment option will now provide the world’s poorest people an opportunity to remove excessive fluoride from their drink water supplies.

However, more research is still needed to identify and validate the effectiveness of using Tulasi leaves as a means of removing fluoride from drinking water supplies.

Considering the cost prohibitive nature of other more reliable water treatment techniques, if the Tulasi plant is conclusively proven to be effective in removing fluoride from drinking water, then we may witness a revolution in water treatment that will greatly benefit the world’s poorest people.