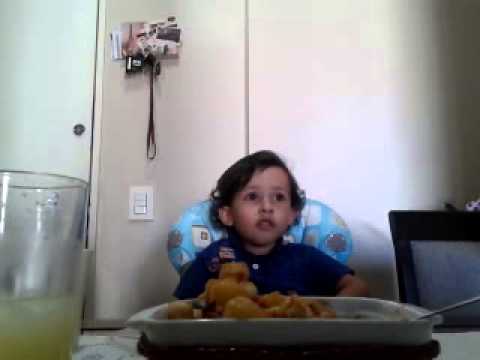 Luiz Antonio, a small little boy from Brazil, understands that he is eating a dead animal, so he stops: “This octopus isn’t real, is it?” The mother denies it at first, but Antonio keeps questioning her until he understands that the octopus was once a living creature: “Why do they die? I don’t like that they die. I like them standing and … happy.” Much LOVE to this advanced soul and to his intelligent mother, who understood the situation, and did not forced him: “All right, then. We won’t eat them anymore, OK?” said the mother weeping.