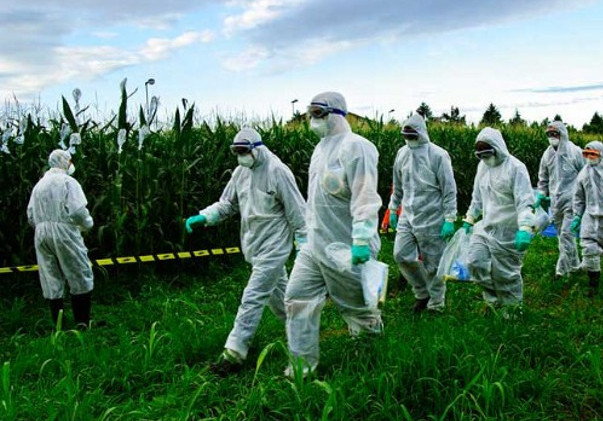 BARI, Italy—An acre of farmland in northeastern Italy is at the center of a national debate.

Fidenato took advantage of the European Union’s decision in September 2012 to deny Italy the right to stop cultivation of Mon810. It was the only GMO permitted in the country, but Italy required cultivators to have a government-issued permit for its growth.

In 2010, Fidenato had engaged in an act of civil disobedience and planted Mon810 without a permit. His applications had been repeatedly rejected. Greenpeace activists pulled up the plants before they could contaminate surrounding fields. Fidenato was fined 25,000 euro ($32,500) for the illegal cultivation. Greenpeace activists were fined 86,250 euro ($112,350) for trespassing on agricultural land.

He planted his field in the Friuli Venezia Giulia region with even more gusto this June, having the backing of the EU decision. On July 12, however, Italy took a hardline stance against Mon810.

The Italian government successfully signed a decree forbidding the cultivation of Mon810 in Italy for 18 months, during which time more permanent measures may be put in place. Italy will have to gain approval from the EU for a permanent ban, as Mon810 is sanctioned under EU law.

The decree makes special reference to the Friuli Venezia Giulia Mon810, stating that special attention must be focused there to prevent contamination of non-GM crops.

Italian Minister of Agriculture Nunzia De Girolamo said in a statement: “Our agriculture is based on biodiversity, on quality, and we must continue to aim for these without ventures that, even from the economic point of view, wouldn’t make us competitive.”

Much of Europe requires GM food be labeled as such, and the general consensus is that the market is meager for such products.

“Today’s decree is only the first element, the most urgent of a number of additional initiatives with which we will define a new framework in the field of cultivation of GMOs in our country,” the minister said.

A new study on Mon810 was also released July 12, suggesting negative impacts on biodiversity. The study has yet to be reviewed by the European Food Safety Authority (EFSA).

While the focus is on Fidenato’s field of Mon810, Fidenato wonders how many other GM crops are being grown in Italy under the radar.

First India gives Monsanto a run for their ill-gotten money by refusing their patent applications, and now Italy, with the help of three Italian ministries, will try to undo Monsanto. A decree has been signed which will ban Monsanto’s MON810 maize, one of the two genetically modified crops currently legally grown in Europe and sold commercially. The decree is not yet binding as it has to be published in the official gazette, but the public stands behind the three Italian ministers who put forth the document with a resounding 80% against GMO and Monsanto, as evidenced in a public survey.

The agricultural ministry rightfully addressed one of many problems with Monsanto’s GMO crops, stating that they have a ‘negative impact on biodiversity.’ The ban was also signed by the health and environment ministries. That makes three. The ministries stated:

“Our agriculture is based on biodiversity, on quality, and those we must continue to aim for, without games that even from an economic point of view would not make us competitive.”

The three ministries have also notified the European Commission and other states in the EU about this important precedent-setting move to oust Monsanto from the world food supply monopoly that the company is currently trying to browbeat the world with. The ministries have also requested a scientific basis for the final decision from the European Food and Safety Authority – Europe’s version of the FDA, the country’s food safety watch dog.

Individual governments in the EU are able to introduce safeguards and recommendations if they feel the food supply is threatened, or there are environmental risks, however, the Commission must verify them and put them into action. Just last year French Prime Minister Jean-Marc Ayraul announced that the nation would maintain a key ban on the only remaining GMO currently allowed in Europe – the MON810 maize specifically.

“The protection of Italian distinctiveness must be a policy priority since it determines the existence of ‘Made in Italy’, which is our engine, our future, our leverage to return to growth in the food industry,” Coldiretti’s president, Sergio Marini, said in a statement.

Only five members of the European Union grew Monsanto’s MON810 maize last year, according to the International Service for the Acquisition of Agri-biotech Applications. Hopefully with the Commission’s approval of this new ban, Italy will kick Monsanto and all GMO crops out of the country completely going forward.

Was Journalist Michael Hastings Assassinated? Previous post
The Biggest Pyramids Of Egypt May Have Been Discovered With Google Earth Next post