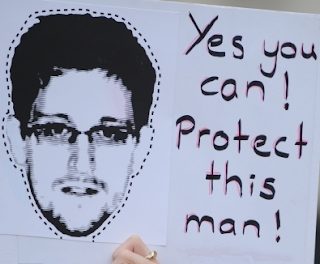 One day before members of the Icelandic Parliament are due to break for summer vacation, leaders of three political parties have submitted a special piece of legislation which would make NSA whistleblower and fugitive, Edward Snowden, a citizen of Iceland.

The issue was raised this morning by MP Ögmundur Jónasson, which could be decided before the weekend.

Some are worried that this bill could be delayed by a piece of fisheries legislation which is also up for vote this Friday. 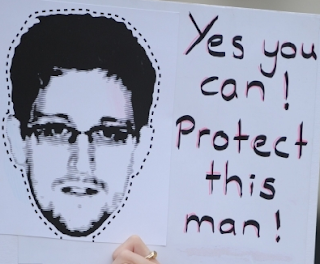 Although the bill is being backed by three parties: Brighter Future, Piran (Pirate Party) and the Green Party, there is still a possibility that the Snowden bill could be stopped by the current ruling coalition of the Conservative and Moderate parties.

Many will speculate that if such a veto does occur, whether or not Iceland’s executive would do so under extenuating pressure from Washington DC, who has already been accused my the international community this week of applying political pressure on France and Portugal to deny the Bolivian Presidential Jet access through their airspace over accusations that Ed Snowden was being smuggled on board – a move which forced Evo Morales to ground his flight in Vienna in order to reassess his route back to South America.

Iceland is also the home of the whistleblowing website WikiLeaks, who have recently taken control of the public media relations, as well as setting up intermediary legal channels for Ed Snowden.

According to Icelandic rules for prospective citizens, the applicant must be present in the country in order to lodge a successful application.

As yet, Snowden is still believed to be stranded in the transit area of Moscow’s International Airport.