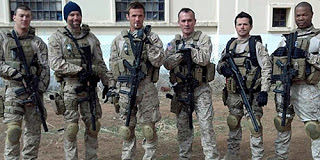 It is a sad fact that Americans are being denied the right to know what their own government is up to. According to a petition in the Supreme Court, the federal court system is to blame for the lack of information when it comes to operations of the government.

The concern was raised by the Judicial Watch [1], an organization dedicated to fighting corruption and known for keeping the judiciary, legislature and federal bureaucracy in check.


According to Tom Fitton, the president of the Judicial Watch, the weight of the case cannot be underestimated. It will determine if President Obama is capable of rewriting the Freedom of Information Act and forever deny the Americans their right to know about the operations of the government.

He continues to argue that the fact that the government thinks that it can put the sensibilities of terrorists above the law needs to be questioned by every citizen.

The case disputes the decision of the government to withhold over 50 photographs and videos that were supposedly taken during the killing of Osama Bin Laden. The raid – conducted by SEAL Team Six – is said to have taken place on the 1st of May, 2011 at the compound of the terrorist in Pakistan. [2]

The members of SEAL Team Six have been killed in Afghanistan after their Vietnam-era Chinook helicopter was shot down during landing, only three months after their alleged raid on Osama bin Laden. [3] Were they killed by the CIA in order to cover up the staged killing of bin Laden? [4]

Outrageos! Bradley Manning Sentenced To 35 Years Previous post
Senior Member Of The Obama Administration: "We Are Going To Kill The Dollar" Next post