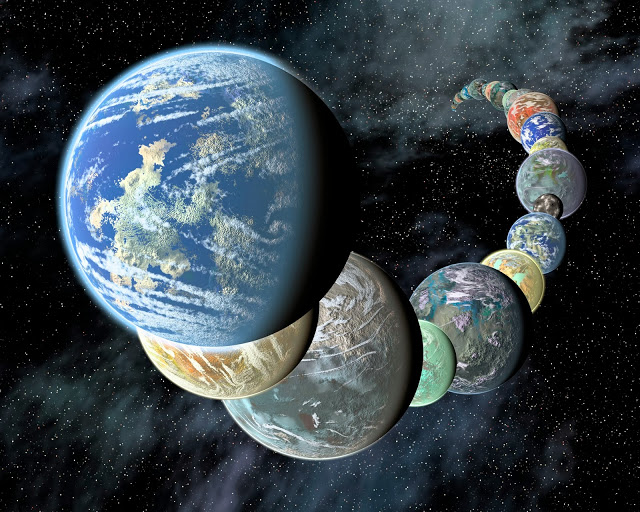 Last week at the latest TEDGlobal conference in Oxford, astronomer Dimitar Sassilov, professor of astronomy at Harvard University and a distinguished member of the Kepler space telescope [1] science team, unveiled some incredible results gathered by our eyes and ears in the galaxy. Kepler’s most recent reported downloaded conferred some incredible statistics, among which most importantly the discovery of: 706 potential new planets and five new solar systems, all found within the 150,000+ stars Kepler has studied so far since its 4 year mission began January last year.

Out of the whole data transmitted by Kepler nothing stands out more than the discovery of 140 potential Earth-like planets [2] – these are planets are rocky, and quite possibly may contain both land and water. Conditions which could allow simple life forms to develop.

Astronomers are now keen to further extend their efforts towards studying multi-planetery solar systems since they are considered most likely to harbor the necessary conditions an Earth-like planet needs [3], and in consequence alien life.

“Life is a chemical system that really needs a smaller planet, water and rocks and lots of complex chemistry to originate emerge and survive.
There is a lot more work we need to do with this but the statistical result is loud and clear and it is that planets like our own Earth are out there.
Our own Milky Way galaxy is rich in thee kinds of planets,” stated Sasselov.

Kepler also shows that planets, as presumed, are indeed quite common, but unfortunately quantity is of no importance, but size distribution. As such NASA has selected 60 of Kepler’s finds for further detailed studying through the use of ground-based instruments, in conjuction with the Hubble and Spitzer space telescopes. [4] Vital data is expected in February.

“The next step after Kepler will be to study the atmospheres of the planets and see if we can find any signs of life,” said Dimitar Sasselov.

As inspiring as these new finds might prove to be, Lord Martin Rees, professor of cosmology and astrophysics at Cambridge University, warns it will take decades to photograph such planets.

He said: “If there is other life elsewhere in the universe, the most obvious place to look would be a planet like the Earth.
“I’m sure that in two or three years we’ll know from the Kepler observations that there are many other planets like the Earth orbiting other stars.
“But I think it may be 20 years before we get an image of a planet. As to whether they will have life on them, I would not take any bets at all.”

UPDATE: As a worthy update, since this article is rather old, it’s worth mentioning that since this post was written a number of advances in astronomy and astrophysics have been made.

To stay on topic though – namely on Kepler –  the most recent findings suggest that our very own galaxy, the Milky Way, is host to billions of Earth-like planets. [5] Now, that’s something to put into perspective, isn’t it? — ZME Science;