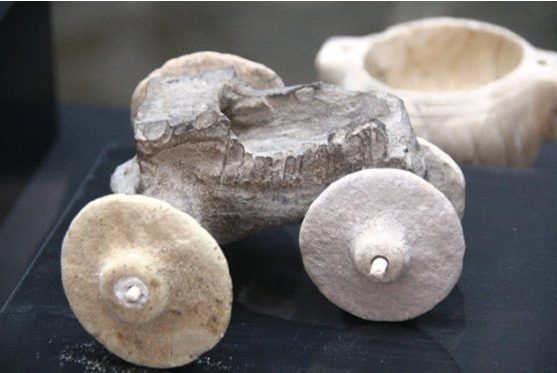 Author Cliff Dunning: “Historians tell us the oldest civilized cultures who developed the wheel are around 5,000 years old, and yet, new discoveries are continually pushing this date further back – WITHOUT our history books reflecting on the new information.

Generations of people still believe that the oldest organized civilizations are those that lived in the Middle East, parts of China and groups scattered throughout the world. Before 3,000 years – we are told that man lived in caves. Here is an example of the wheel, attached to a small toy car of some type that was found to be 7,500 years old.

It is older than anything I have found in Central or South America that has wheels, and may have once been formed from clay, (and has turned to stone).” 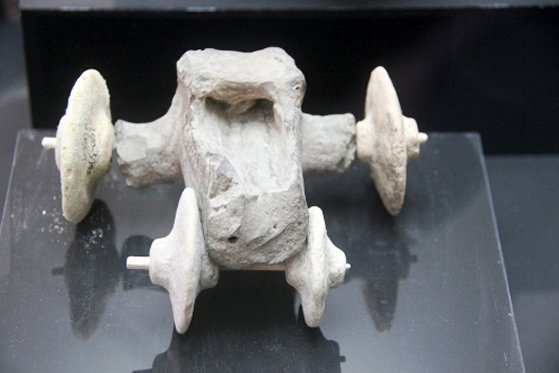 According to the Culture and Tourism Director of Mardin, Davut Beliktay, stone dolls and whistles, were also found at sites in the area.

“We believe that the whistles and dolls are 5,000 to 6,000 years old. The whistles are still in working condition,” he said.

Top 10 Dangers of Fluoride Previous post
Newly Discovered Asteroid to Hit Earth Within 24 Hours -- NASA Says It Will Not! Next post