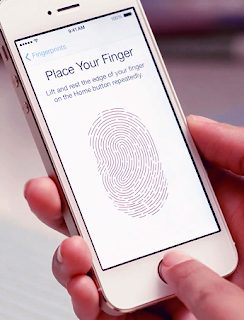 The latest series of Apple’s iPhone will not only continue to cultivate numerous apps that track your location through GPS and transmit data directly back to corporations and government, but contain a fingerprint sensor that stores your fingerprint in order to purchase apps and unlock the phone for use.

And that’s really just the beginning. As millions will most likely continue through the Apple food chain and purchase this phone, the NSA and bloated federal government at large will be beyond ecstatic.

Because after all, it’s a real dream come true for the Big Daddy government spy state. No longer will you actually need to be arrested to gather your fingerprints — we’re talking about millions nationwide willingly submitting their biometrics to a database that most certainly is accessible by Apple and big government.

But don’t worry, the same company that has given away all of your chats and personal data through the NSA’s top secret PRISM program says that you’re perfectly safe. Security experts and high level tech analysts, however, seem to disagree.

In addition to the fact that it seems consumer trust is all but dead in regards to Apple and its ties to the spying grid, it seems these ‘safety’ features are actually quite vulnerable in reality.

To the point now where hackers can access a massive database of fingerprints just waiting to be taken and utilized fraudulently. Of course Apple claims that the fingerprint scans will be ‘local’ on your hardware, but of course the NSA and FBI would not let such a precious database go to waste. And we already know that corporations are making big bucks spying on the data of consumers.

So in the event that Apple is ‘holding’ some of these fingerprints despite what they say (the print is also used to verify app purchases, which leads me to believe that this at least would be stored through a third party), a database of the fingerprints could be compromised. And don’t think encryption will stop much.

According to a security specialist on CNET:

“So… can biometric authentication be hacked? Almost certainly. I’m sure that someone with a good enough copy of your fingerprint and some rudimentary materials engineering capability — or maybe just a good enough printer — can authenticate his way into your iPhone… The final problem with biometric systems is the database. If the system is centralized, there will be a large database of biometric information that’s vulnerable to hacking.”

As we inch towards a world in which our electronics are based around biometrics, it becomes an eery reality that our Big Daddy, Big Brother system is continually holding our hands as we walk right into the current spy system that our overlords continue to assert does not exist.