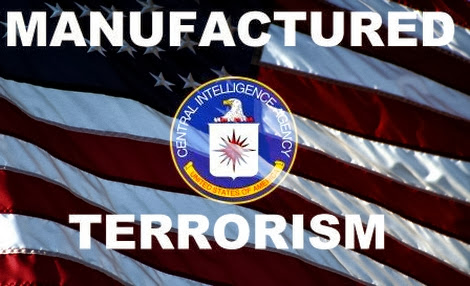 In naval warfare, a “false flag” refers to an attack where a vessel flies a flag other than their true battle flag before engaging their enemy. It is a trick, designed to deceive the enemy about the true nature and origin of an attack.

In the democratic era, where governments require at least a plausible pretext before sending their nation to war, it has been adapted as a psychological warfare tactic to deceive a government’s own population into believing that an enemy nation has attacked them.

In the 1780s, Swedish King Gustav III was looking for a way to unite an increasingly divided nation and raise his own falling political fortunes. Deciding that a war with Russia would be a sufficient distraction but lacking the political authority to send the nation to war unilaterally, he arranged for the head tailor of the Swedish Opera House to sew some Russian military uniforms. 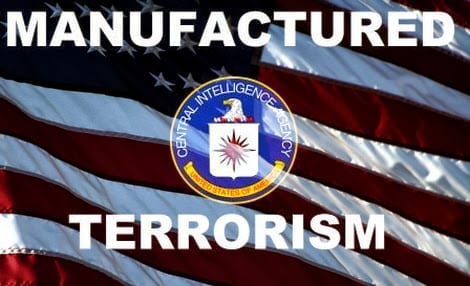 Swedish troops were then dressed in the uniforms and sent to attack Sweden’s own Finnish border post along the Russian border. The citizens in Stockholm, believing it to be a genuine Russian attack, were suitably outraged, and the Swedish-Russian War of 1788-1790 began. [1]


In 1931 the Japan was looking for a pretext to invade Manchuria. On September 18th of that year, a Lieutenant in the Imperial Japanese Army detonated a small amount of TNT along a Japanese-owned railway in the Manchurian city of Mukden. The act was blamed on Chinese dissidents and used to justify the occupation of Manchuria just six months later. [2] When the deception was later exposed, Japan was diplomatically shunned and forced to withdraw from the League of Nations.

In 1939 Heinrich Himmler masterminded a plan to convince the public that Germany was the victim of Polish aggression in order to justify the invasion of Poland. [3] It culminated in an attack on Sender Gleiwitz, a German radio station near the Polish border, by Polish prisoners who were dressed up in Polish military uniforms, shot dead, and left at the station.

The Germans then broadcast an anti-German message in Polish from the station, pretended that it had come from a Polish military unit that had attacked Sender Gleiwitz, and presented the dead bodies as evidence of the attack. Hitler invaded Poland immediately thereafter, starting World War II.

In 1954 the Israelis hired a number of Egyptian Jews to plant bombs in American and British cinemas, libraries, and other civilian targets to be blamed on the Muslim Brotherhood or other malcontents. The plan, known as the Lavon Affair, was part of an effort to convince the British to retain their military presence in the occupied Suez Canal zone. Several bombings took place, but the British were ultimately forced out after Nasser nationalized the canal in 1956.

In 1962 the US Joint Chiefs of Staff authored a document called Operation Northwoods [4] calling for the US government to stage a series of fake attacks, including the shooting down of military or civilian US aircraft, the destruction of a US ship, sniper attacks in Washington, and other atrocities, to blame on the Cubans as an excuse for launching an invasion. President Kennedy refused to sign off on the plan and was killed in Dallas the next year.

In August 1964 the USS Maddox, a US destroyer on patrol in the Gulf of Tonkin, believed it had come under attack from North Vietnamese Navy torpedo boats, engaging in evasive action and returning fire.
The incident led to the Gulf of Tonkin resolution authorizing President Johnson to begin open warfare in Vietnam. It was later admitted that no attack had occurred, and in 2005 it was revealed that the NSA had manipulated their information to make it look like an attack had taken place. [5]

In June 1967 the Israelis attacked the USS Liberty, a US Navy technical research ship, off the coast of Egypt. [6] The ship was strafed relentlessly for hours in an apparent attempt to blame the attack on Egypt and draw the Americans into the Six Day War, but amazingly the crew managed to keep it afloat. In 2007 newly released NSA intercepts confirmed that the Israelis knew they were attacking an American ship, not an Egyptian ship as their cover story has maintained.

In the fall of 1999, a wave of bloody apartment bombings swept through Russian cities, killing 293 people and causing widespread panic. [7] Although blamed on the Chechen terrorists that the Russians were fighting in the Second Chechen War, FSB agents were caught planting the exact same type of bombs as in the other blasts later that month. [8] The government claimed that the bomb was part of a security exercise and Vladimir Putin came to power as the next Russian President on the back of the terror wave later that year.

In 2001, attacks in New York and Washington are blamed on Al Qaeda as a pretext for invading Afghanistan. In the months leading up to the event, American negotiators had warned Afghanistan’s Taliban that they were interested in securing right of way for proposed pipeline projects, and the US would achieve this with either a carpet of gold or a carpet of bombs. [9]

The Bush administration’s first major national security directive, NSPD-9, [10] a full-scale battle plan for the invasion of Afghanistan, including command and control, air and ground forces, and logistics, was drafted and sitting on the President’s desk to be signed off on September 4, 2001, seven days before the 9/11 attacks. The invasion proceeded as planned in October.

These are but a few of the hundreds of such incidents that have been staged over the centuries to blame political enemies for attacks that they did not commit. The tactic remains in common use today, and will continue to be employed as long as populations still blindly believe whatever their governments tell them about the origins of spectacular terror incidents. [11]