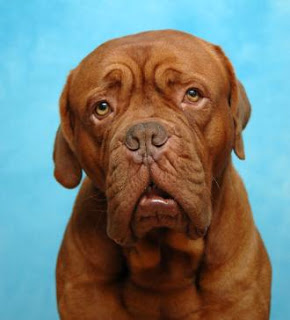 “Dogs Are People, Too” According to MRI Study

Most dog owners will tell you that their pets are awesome, and if you ask them if they think their dog loves them, most of the time you’ll be met with a positive answer. But do dogs feel love or any kind positive emotion to similar to how a human does?

This is a question that has eluded scientists for a long time. It’s easy to put a dog’s tremendous enthusiasm whenever his owner comes home as just as a form of attachment, viewing his owner as a walking, breathing food dispenser and nothing more.

In a breakthrough research which might change the way people view dogs forever, neuroscientist Gregory Berns found “dogs are people, too.” He reached this conclusion after performing MRI scans on over a dozen dogs and found the same brain region responsible for positive emotions in humans is activated in dogs as well.

To infer animal sentience and other neurological traits, scientists rely on animal behaviorism. You can’t ask a dog how it feels, or what its thinking about.

As such, it’s been considered an extremely difficult area of research. By using brain scans, however, one can bypass having to directly ‘talk’ to an animal. Instead, you let the brain do all the talking.

Performing MRI on animals is extremely difficult. The machines are racketing, claustrophobic and generally unpleasant even for humans, and for them to work you have to stay completely still. You can imagine how difficult it is to get a hyper Labrador stay put while all kinds of machinery are diverting its attention.

Typically, veterinarians perform anesthesia on dogs whose brain scans they need to perform, but this renders any kind of emotion monitoring useless.

Dog emotions, not too different from ours

Berns tackled this issue by training dogs using painstaking reward exercises to stay still when inside the operating MRI, and in doing so he has performed the first wake dog MRIs. Inside the scanner, the dogs’ brain activity was measured for a two hand signal (which they learned to associate with food), as well as for scents of familiar and unfamiliar dogs and humans.

Both the human and dog brain are strikingly similar in function and structure in one key region: the caudate nucleus. Located between the brainstem and the cortex, this dopamine-rich caudate plays a key role in the anticipation of things we enjoy, like food, love and money. Positive emotions.

“Many of the same things that activate the human caudate [part of the brain], which are associated with positive emotions, also activate the dog caudate. Neuroscientists call this a functional homology, and it may be an indication of canine emotions,” Berns wrote in an article for the NY Times.

In response to hand signals indicating food, as well smells of familiar humans, the canine caudate activity increased. And in preliminary tests, it activated to the return of an owner who had momentarily stepped out of view. Neuroscientists call this a functional homology, and it may be an indication of canine emotions.

“The ability to experience positive emotions, like love and attachment, would mean that dogs have a level of sentience comparable to that of a human child. And this ability suggests a rethinking of how we treat dogs.

Dogs have long been considered property. Though the Animal Welfare Act of 1966 and state laws raised the bar for the treatment of animals, they solidified the view that animals are things — objects that can be disposed of as long as reasonable care is taken to minimize their suffering.

But now, by using the M.R.I. to push away the limitations of behaviorism, we can no longer hide from the evidence. Dogs, and probably many other animals (especially our closest primate relatives), seem to have emotions just like us. And this means we must reconsider their treatment as property.”

So, do dogs truly loves us? We can’t be sure, but next time you see your dog wag his tail you can be sure he’s happy, scientific proof included.

Gregory Berns is a professor of neuroeconomics at Emory University and the author of “How Dogs Love Us: A Neuroscientist and His Adopted Dog Decode the Canine Brain.”

How to Correct Negative Behavior With LOVE and COMPASSION Previous post
Monsanto is Winning the World Food Prize -- Act Now! Next post