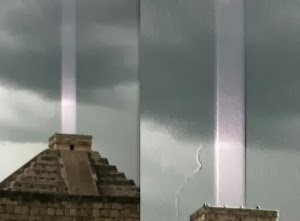 Several incredible incidents of visible power beams shooting skywards into space towards the region of the alien photonic cloud are well-documented.

At the same time, people around the world began hearing and recording frightening sounds—noises that seem as if the Earth itself is moaning and wailing.

All the phenomena — including measurements of the never-before-seen gigantic electrification of the turbulent sun — seem to be centered on the photonic cloud. 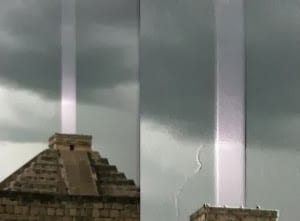 But the Mayan pyramid of Kukulkan transmitting a raw column of incredible energy into space was just the latest pyramid to do so.

Down below is artist’s re-creation of what witnesses allegedly saw at Bosnian pyramid: 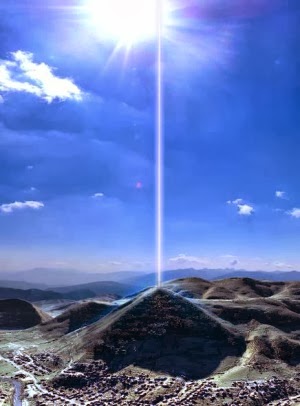 In 2009 and 2010 the “Bosnian Pyramid of the Sun” [2] allegedly beamed a pencil thin ray of pure energy towards space.

Interesting facts about the Bosnian Pyramid of the Sun:

– All four sides of the Bosnian Pyramid of the Sun are perfectly aligned with the compass points (and all world’s important pyramids were built this way).

– The Bosnian Pyramid complex is aligned with the pyramids of Egypt and other sacred sites, in the shape of a Pythagorean sacred triangle.

– In 2007, Dr. Harry Oldfield visited the site and measured changes around the Bosnian Pyramid of The Sun. These changes cannot be seen with the human eye but can be recorded electronically. [3]

He also recorded more activity than expected, with strong electromagnetic fields above the Bosnian Pyramid of The Sun. These pulsed electric fields rose vertically and disappeared into the atmosphere.


Recently, the Chinese government began closely monitoring the Xianyang pyramid for signs of activity. Last year a team of scientists investigated the pyramid and believe it may have extraterrestrial origins.

Interesting to note is that China has over 300 pyramids, though they are virtually ignored by main stream history and not mentioned in our history books. [4]

Aztec Pyramid of the Moon blasts energy vortex from its apex 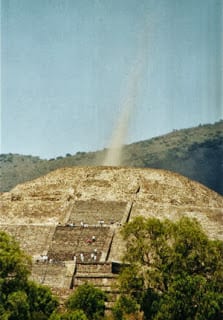 That amazing incident was followed by the vortex blast — witnessed and captured on film (left) — shooting from the apex of the famous Aztec Pyramid of the Moon in Teotihuacan, Mexico.

Energy beams, vortexes, whirlwinds of intense force… what does it mean? Where is that energy being directed and why? What activated the mysterious power of these silent sentinels of stone quietly marking the passage of centuries… until something disturbed their slumber.

What brought them to life may be something more incredible than the actions of the pyramids: the arrival of an unknown force from the galactic void that’s now surrounded much of the solar system.

Our solar system is passing through a photon belt

Calling it a “once in a lifetime super solar storm event,” NASA warned that massive solar flares can slam the Earth knocking out the Northern Hemisphere’s technological infrastructure and kicking everything back to the level of the late 1800s.

NASA scientists discovered on July 14, 2010 that our system is passing through an interstellar energy cloud. [5] This highly energized, electrified cloud of gas is interacting with our sun. 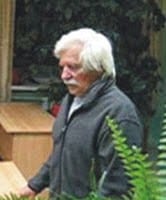 But what NASA and the federal government are hiding, according to eminent astrophysicist, Dr. Alexey Demetriev (left), is that the sun — and everything in our solar system — has plunged into an unknown, alien, photon cloud… which could precipitate gigantic solar explosions, magnetic anomalies, careening cometary masses and destabilize the orbits of some asteroids.

Later edit: This is exactly what happened for the past two years.

Dr. Demetriev claims NASA and the ESA are hiding from the general public that our entire solar system has entered an immense, interstellar energy cloud.

The Russian scientist further asserts this photonic cloud of energy is exciting the atmospheres of the planets and especially our sun. As this interstellar energy cloud continues to excite and interact with the sun, it causes the sun to become more active, resulting in greater output and instability.

The magnetic flux, interaction with the solar magnetosphere and Earth’s geomagnetic fields, can cause core mutations, anomalous field vortices, and polar magnetic permutations creating superstorms, wild weather swings, and — most amazing of all — atmospheric and subterranean harmonics capable of being heard all across the planet.

The Russian scientists hold vast knowledge in this field, after decades of scientific research with various reconstructed models of pyramids.

“Dr. Alexander Golod, PhD. has been doing Russian pyramid research in the former Soviet Union since 1990. This research involved the construction of over twenty large pyramids in 8 different locations in Russia and Ukraine. The pyramids were built in many places including Moscow, Astrakhan, Sochi, Zoporozhye, Voronezh, Belgorod, the Tver Region, Krasnodar, Tolyatti, Uzbekistan, and France.

1. Immune system of organisms improved  (blood leukocyte composition increased); 2. Improved regeneration of tissue; 3. Seeds stored in the pyramid for 1-5 days showed a 30-100% increase in yield; 4. Soon after construction of the Lake Seliger pyramid a marked improvement of the ozone was noted above the area; 5. Seismic activity near the pyramid research areas are reduced in severity and size; 6. There are reports of spontaneous charging of capacitors; [6 Continue Reading] 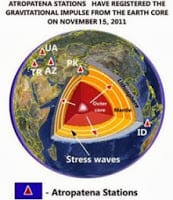 The pyramids — natural reservoirs of earth energy and advanced capacitors engineered to draw upon the planet’s magnetic force field — are releasing and blasting pure energy into the drifting space cloud engulfing our defenseless planetary system.

The predicted harmonics have been heard, recorded, and heatedly discussed since the spring of 2011. [7] Recently, some recordings have appeared on YouTube from countries all over the globe posted by puzzled people, demanding to know what the sounds are. [8]

While some are undoubtedly fakes and hoaxes, others are genuine recordings of subterranean and atmospheric harmonics.

“Meanwhile, as we have already reported, on November 15, 2011 all ATROPATENA geophysical stations which record three-dimensional variations of the Earth’s gravitational field almost simultaneously registered a powerful gravitational impulse.

The stations are deployed in Istanbul, Kiev, Baku, Islamabad and Yogyakarta, with the first and last one being separated by a distance of about 10,000 km. Such a phenomenon is only possible if the source of this emanation is at the Earth’s core level. That huge energy release from the Earth’s core at the end of the last year was some kind of a start signal indicating the transition of the Earth’s internal energy into a new active phase.” Source: [9 Geochange Magazine];

And the harmonics are emanating from the Earth’s core as the good professor theorizes. Similar sounds are sometimes heard before great earthquakes occur.

This time, however, the sounds are not presaging massive earthquakes, but are being generated by the twisting magnetic field and the pulsing permutations of the spinning Earth’s core warping parts of the mantel. Everything’s reacting to the arrival of the huge photonic cloud that’s invaded our region of the Milky Way Galaxy. 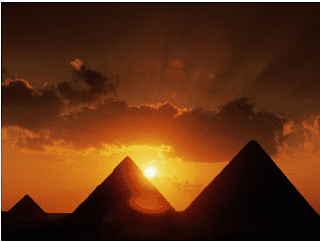 David Wilcock has re-analyzed the Bosnian Pyramids and other ancient monuments. His new physics theory of how they were built by ‘altering’ matter is presented here.

There is a prevalence of ancient structures around the world aligned on the same grid, he said, citing such examples as the 1,776 pyramids on the Philippines’ Chocolate Hills, the earthen mounds built by the Mound Builders in the United States, and the lost pyramids of Italy.

Pyramids have also been discovered in China, but the government there has been secretive about them, he added.

There are anomalous and healthful benefits from pyramids, said Wilcock, noting they have been associated with reducing radioactivity, and in Russia, where a pyramid was built, the arid land around the structure became more verdant, including the growth of ferns that were thought to be extinct.

Pyramids’ effects are connected to gravity, which is pushing down from the sky, he explained.

‘Gravity is a river of energy flowing into the Earth…and that energy can then be harnessed by building a funnel-like shape,’ causing gravity’s fluid energy to swirl and create a vortex current, he continued.

As to the mystery of how some of the great pyramidal structures were built, Wilcock theorized that a frequency and vibration technology was used to alter the stone blocks’ molecular structure, so they would become softer and lighter to move. He also addressed climate change happening in the solar system, on such planets as Saturn, Venus, and Mars, as well as how the Maya may have been tracking in their calendars, the times when astrophysical portals were opening. [10]

Article based on UFO Blogger, additions and correlations by Alexander Light, HumansAreFree.com;