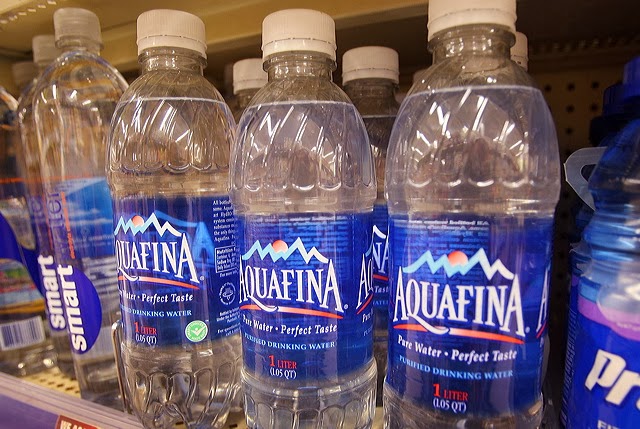 According to Pepsi, Aquafina is Tap Water

Pepsi-Cola announced that the labels of its Aquafina brand bottled water will be changed to make it clear the product is tap water.

The new bottles will say, “The Aquafina in this bottle is purified water that originates from a public water source,” or something similar, Pepsi-Cola North America spokeswoman Nicole Bradley told CNN.

The bottles are currently labeled: “Bottled at the source P.W.S.”

No timetable was available for when customers will see the label change on store shelves, another Pepsi spokeswoman, Michelle Naughton, told CNN.

Pepsi released a statement saying: “If this helps clarify the fact that the water originates from public sources, then it’s a reasonable thing to do.”

Coca-Cola does not have plans to change the labeling on its Dasani brand bottled water, a company spokesman told CNN, despite the fact the water also comes from a public water supply.

Corporate Accountability International – which describes its work as challenging “irresponsible and dangerous corporate actions around the world” – has been pushing for this change for months with its nationwide “Think Outside the Bottle” campaign, said spokeswoman Deborah Lapidus.

Its aim was “to challenge the marketing muscle of the bottled water corporations and to galvanize support for our public water systems around the country,” she said. The campaign focused on Nestle, Coca-Cola and Pepsi.

According to a 1999 report by National Resource Defense Council, an environmental advocacy group based in Washington, “about one-fourth of bottled water is bottled tap water [and by some accounts, as much as 40 percent is derived from tap water] – sometimes with additional treatment, sometimes not.”