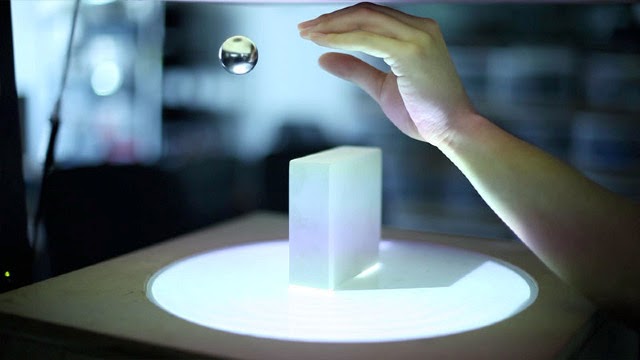 What if materials could defy gravity, so that we could leave them suspended in mid-air?

ZeroN is a physical and digital interaction element that floats and moves in space by computer-controlled magnetic levitation.

Jinha Lee, one of the brains involved in the ZeronN project, explains the secrets behind their amazing invention:

“I think there is something fundamental behind motivations to liberate physical matter from gravity and enable control. The motivation has existed as a shared dream amongst humans for millennia. It is an idea found in mythologies, desired by alchemists, and visualized in Science Fiction movies. 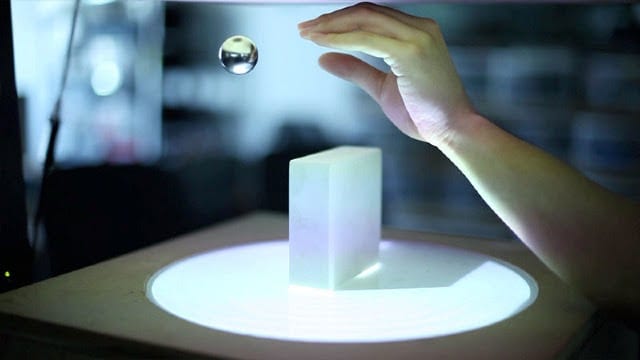 I have aspired to create a space where we can experience a glimpse of this future. A space where materials are free from gravitational constraints and controllable through computing technologies. ZeroN is about liberating materials from the constraints of space and time by blending the physical and digital world. ZeroN is a new physical/digital interaction element that can be levitated and moved freely by computer in a three dimensional space.

Both the computer and people can move the ZeroN simultaneously.


In doing so, people and computers can physically interact with one another in 3D space. Users are invited to place or move the ZeroN just as they can place any other objects on surfaces. Once levitated, ZeroN’s behavior can be digitally programmed. For example, users can place the sun above physical objects to cast digital shadows, or place a planet that will start revolving based on simulated physical conditions.

ZeroN can remember how it has been moved. Physical motions of people can be collected in this medium to preserve and play them back indefinitely. When the users move and release the ZeroN, it continues to float and starts to move along the same path. This allows a unique, tangible record of a user’s physical presence and motion which will continue to exist.

To realize such interactions, we developed a magnetic control system that can levitate and actuate a permanent magnet in a pre- defined 3D volume. This is combined with an optical tracking and display system that projects images on the levitating object.

Conventional levitation only enables levitating an object at one point. In ZeroN Project, users can move a levitated object to anywhere in a predefined 3D space and leave it there without dropping it since the system constantly readjusts both magnetically and mechanically. It is about turning 3D space into levitating space.”

Note: I would also like to draw your attention to an interesting experiment involving a metallic disc, liquid hydrogen and a bunch of magnets. “Anti-gravity” will not look as far fetched as it used to, I promise: UFO-Like Levitation Technology;

The Fatal Mixture in Healthcare: Dogma and Misinformation Previous post
The Bridge Between Two Worlds Next post