How Hemp Cures Cancer & Why Most Don’t Know

Cannabis extract medicine, also known as “hemp oil” when referring to the type pioneered by Rick Simpson, is a concentrated formulation of cannabis that is ingested orally.

By eating large quantities of the oil over a three to six month period, nearly any disease you can imagine can either be cured or completely controlled.

This is possible because cannabis medicine works fundamentally through the endocannabinoid system, the superregulatory system of our bodies that maintains homeostasis in the other systems.

You can see the reality of cannabis medicine’s effectiveness in all the things that smoking it is good for. It is widely known and observable that people with cancer, chronic pain, inflammatory conditions, and other conditions smoke cannabis with remarkable efficacy.

When you think about that, it’s pretty crazy that setting something on fire and inhaling the resulting smoke (thus getting the cannabinoids in a low-concentration form through the lungs, which are not meant to ingest things) works better than many expensive pharmaceuticals.

But with cannabis extract oil, there are two primary differences 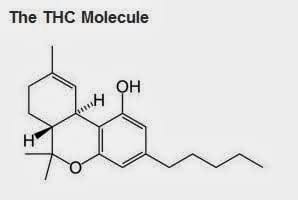 First, the cannabinoids are much more concentrated than with smoking, so it has a more powerful effect on your system. Second, the oil is ingested, not smoked, meaning it is digested through the system that is meant to absorb nutrients. Essentially, you are feeding your body the pure molecules that enable it to stay balanced, and since all disease is an imbalance of some kind, this medicine is effective against nearly anything. At least, that’s what the bulk of science and real experience show.

There are literally hundreds upon hundreds of scientific studies showing that cannabinoids like tetrahydrocannabinol (THC) and cannabidiol (CBD), as well as whole plant formulations, are effective against nearly any disease you can think of.

Click here to see an incredibly extensive list of peer-reviewed scientific studies and news reports about cannabis medicine. Here are just a few conditions that science has proven cannabinoids are therapeutically active against:


Run From The Cure: How Cannabis Cures Cancer And Why No One Knows

Cannabis sativa hemp, the miracle plant, contains the cure for cancer and other ailments

My name is Rick Simpson. I have been providing people with Hemp Oil medicines, at no cost, for about three years. The results have been nothing short of amazing. Throughout man’s history hemp has always been known as the most medicinal plant in the world. Even with this knowledge, hemp has always been used as a political and religious football.

I want this knowledge out there for everyone to learn! Watch the documentary Run From The Cure to understand more about using cannabis as a cure for cancer and other medical problems!

The current restrictions against hemp were put in place and maintained, not because hemp is evil or harmful, but for big money to make more big money, while we suffer and die needlessly. Look at a proposal such as this; if we were allowed to grow hemp in our back yards and cure our own illnesses, what do you think the reaction of the pharmaceutical industry would be to such a plan?

Many large pharmaceutical companies that still exist today sold hemp based medicines in the 1800’s and early 1900’s. They knew then what I have recently found out. Hemp oil if produced properly is a cure-all that the pharmaceutical industry can’t patent. To learn more about my and hemp oil, visit www.PhoenixTears.ca and watch the documentary Run From The Cure. Below the posted videos you will find more studies and research about cannabis curing cancer!

RUN FROM THE CURE
a Film by Christian Laurette

After a serious head injury in 1997, Rick Simpson sought relief from his medical condition through the use of medicinal hemp oil.

When Rick discovered that the hemp oil (with its high concentration of T.H.C.) cured cancers and other illnesses, he tried to share it with as many people as he could free of charge, curing and controlling literally hundreds of people’s illnesses… but when the story went public, the long arm of the law snatched the medicine – leaving potentially thousands of people without their cancer treatments – and leaving Rick with unconsitutional charges of possessing and trafficking marijuana!

Canada is in the middle of a CANCER EPIDEMIC! Meet the people who were not allowed to testify on Rick’s behalf at the Supreme Court of Canada’s Infamous Rick Simpson Trial on September 10, 2007… INCLUDING A MAN WHO WAS CURED OF TERMINAL CANCER USING HEMP OIL!

Must-read on the subject: “Rick Simpson Oil – Nature’s Answer for Cancer” and “Phoenix Tears – The Rick Simpson Story” are available on Amazon.com