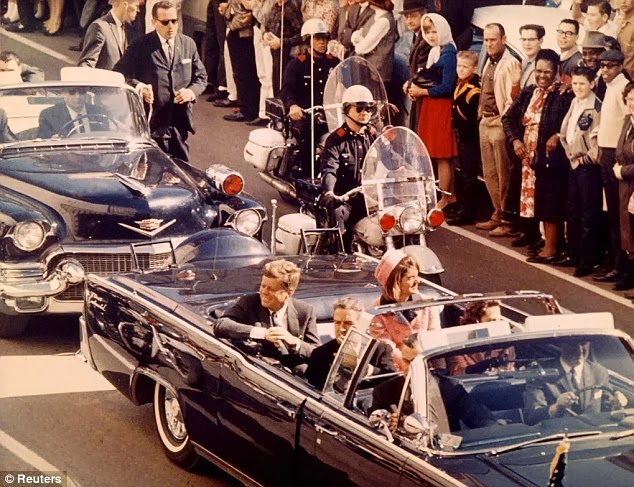 A nurse who was part of desperate attempts to save the life of President John F Kennedy after he was rushed to the hospital, claimed she found a ‘mystery bullet’ in the president’s neck.

Phyllis Hall, who was 28 at the time, says she was dragged into the operating room by a secret service agent as medics scrambled to help the president, who was fatally shot in Dallas, Texas on 22 November 1963. Mrs Hall says she spotted an unusual bullet, which was promptly removed and never seen again.

She described the bullet in an interview with the Sunday Mirror, which she said looked completely undamaged, and bore no resemblance whatsoever to bullets later shown as evidence in investigations into the President’s murder.

“I could see a bullet lodged between his ear and his shoulder. It was pointed at its tip and showed no signs of damage. There was no blunting of the bullet or scarring around the shell from where it had been fired.

I’d had a great deal of experience working with gunshot wounds but I had never seen anything like this before. It was about one-and-a-half inches long – nothing like the bullets that were later produced.

It was taken away but never have I seen it presented in evidence or heard what happened to it. It remains a mystery.”

In recent interviews she revealed that she is ‘a big believer in the conspiracy theories’ surrounding the Mr Kennedy’s death.

A retired FBI Agent and Police Chief, who was one of the original investigators in Dallas examining the JFK assassination, stumbles upon records and reports that were doctored. He knows that, because he filed the original reports. His decade long investigation would take him deep into history and to the National Archives and beyond. Step by step he says he learned and can prove that Oswald did not kill JFK.


Another theory, for which there is plenty of evidence, is that Lyndon B. Johnson was involved in JFK’s assassination.
10 Spiritually Transmitted Diseases Previous post
6 Super-Reasons For a Plant-Based Diet Next post