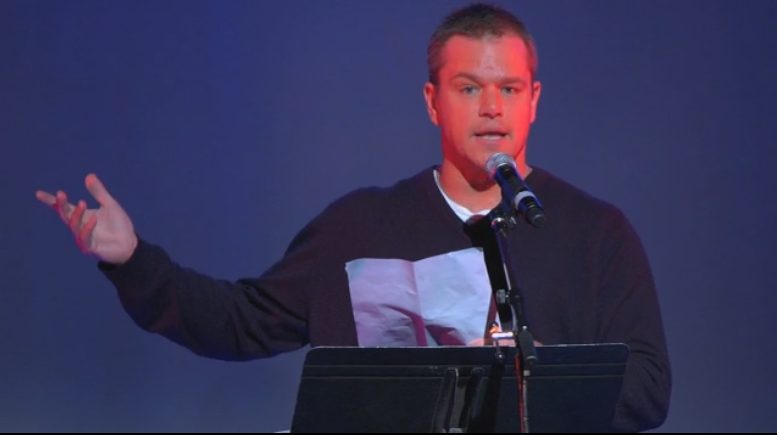 I absolutely LOVE this new trend of public figures who find the courage to speak against this obsolete and corrupted system, asking for a revolution of thought.

Jim Carey talked about his awakening years ago, then Woody Harrelson uploaded a poem that rocked the Web. Ashton Kutcher followed with a speech, and more recently, Russel Brand is the hype.

Today, I was delighted to see Matt Daemon joining the trend of “Awakened Hollywood Activists” who take a stand against corruption, oppression and deceit. 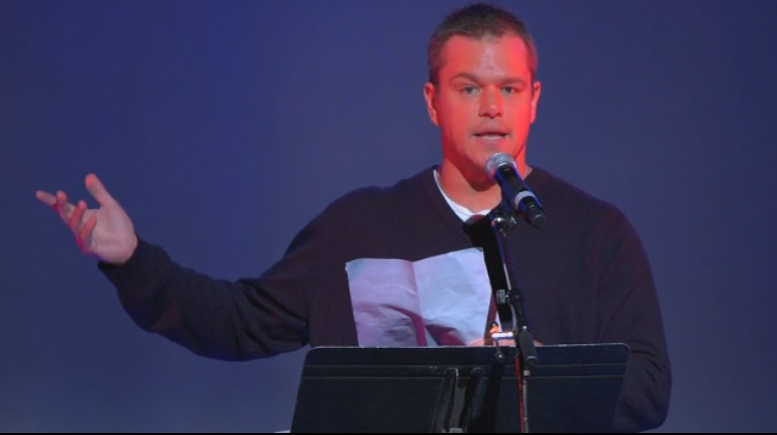 He continued: “Our problem is the number of people all over the world who have obeyed the dictates of the leaders of their government and have gone to war. And millions have been killed because of this obedience.”

This is precisely why wars are still taking place today. Because we obey and we tacitly accept them.

As David Icke once said “what would it happen if they declare war and nobody would show up? there will be no war!” Believe it or not, it’s THAT SIMPLE.

“We recognize this from Nazi Germany,” Matt Daemon continued, “we know that the problem there was obedience, that the people obeyed Hitler. People OBEYED and that was wrong. They should have challenged and they should have resisted, and if we were only there… we would have showed them.”

“Even in Stalin’s Russia, people were obedient… these herd-like people,” Matt said ironically. What he means is that we only judge them for obeying dictators, when in fact, we are no better ourselves.

And I could not agree more! The rule of law was set in place to protect the ELITE and their interests, not us, the plebes (in their eyes). This is the reason why “they” are filthy rich from deals so dirty that would translate into life in prison for the rest of us.

For once, they create armed conflicts out of thin air, because war is the most profitable business in the world. So, why do we support them? Why do we validate their criminal actions?

Because we have been indoctrinated into believing that people we have never heard of, want us dead. That some Iraqi farmer or Afghani shepherd will come and harm us and our families. But it is all a deception, because we have more things in common with these people, than we have with out dictatorial leaders. You see, the wolfs are wearing sheep clothes.

Which leads me to the next statement in Matt’s speech, and it’s my favorite one: “We have to transcend these national boundaries in our thinking.” This is a huge step, and if we are ready to take it, then we have already one. When we will be able to see ourselves as one with all the Earth’s people, then there will be no stopping us.

As Albert Einstein explained “Nationalism is an infantile disease. It is the measles of mankind. I am against any nationalism, even in the guise of mere patriotism.”

Nationalism and patriotism are preventing us from seeing ourselves as equals to the rest of the world’s people. Our nationality does not make us better than others and we should not be proud of being born in a specific country. Pride is damaging in the first place, but combined with nationalism is a disease. Our leaders are promoting it, because it suits them and their evil plans perfectly.

Thank you for being here and please listen to Matt Daemon’s speech down bellow. There’s more to it than I have covered.

I Love you All,
Alexander Light, HumansAreFree.com;

Case Closed: JFK Killed After Shutting Down Rothschild’s Federal Reserve Previous post
60 Things for Which to Be Grateful in Life Next post