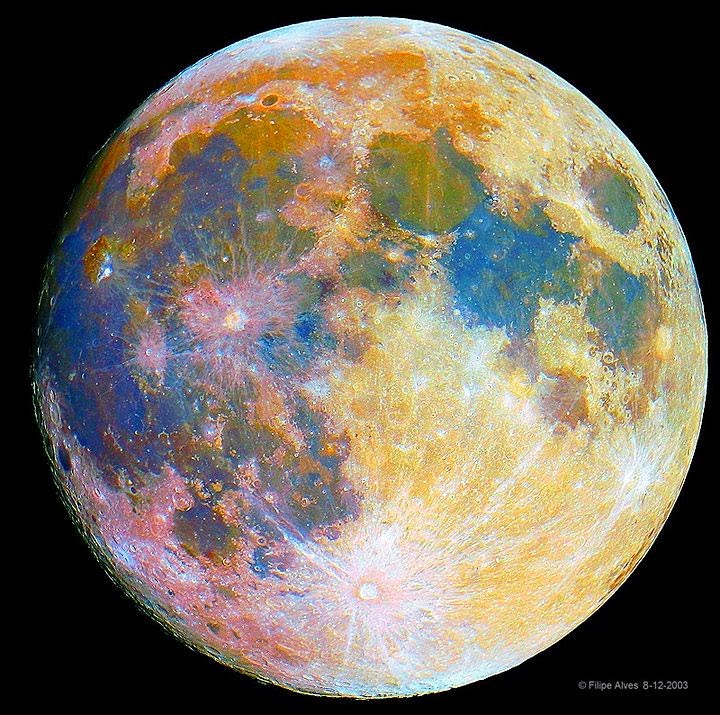 According to a recent PolicyMic story, “China is in the ‘final stages’ of preparation for its Chang’e 3 moon lander, which will lift off via a Long March 3B rocket in early December.

The ambitious probe will orbit the moon before propelling down to the surface and unleashing a solar-powered moon rover to explore the lunar surface.” [1]

I can think of several reason, and I will share them with you right now:

I. Extraterrestrials are protecting the Moon – the real reason why NASA abandoned the colonization of the Moon

“Despite all the promises and science fiction movies, humans would not build bases on the Moon, mine for minerals or use it as a stepping stone to other planets. In fact, the Moon would soon be forgotten and ignored by space research – why?”

In an article entitled “Why NASA Never Went Back to the Moon: The Truth“, I have presented solid evidence that NASA encountered crafts of alien origin while exploring the moon.

I will briefly present you with some of the most interesting cockpit conversations from the Apollo 11 moon mission. These transcripts have been kept hidden from the public for 11 years, before being declassified. Yet, only few people are aware of what amazing information they contain:

APOLLO 11: These babies were huge, sir… enormous… Oh, God you wouldn’t believe it! I’m telling you there are other spacecraft out there… lined up on the far side of the crater edge… they’re on the Moon watching us… “

CMP: High Sun. That’s one right down there; just shows how it dominates the whole phorograph. Just an extremely bright crater. Sun angle just isn’t high enough for you to see it here… Yes, they’re mining it, I think.” [2]

II. The real Space Programs are led by the US Air Force and Navy, while NASA is merely a smoke screen

In my opinion, the reason why NASA was gradually shut down for the past decades is that the government has a far superior covert space program, and NASA was only used as its smoke screen.

According to an alleged anti-gravity insider, the REAL space program is operated by the US Air Force and Navy, not NASA.

In his own words:

“NASA is just a front for the public. Their budget is minuscule. Not enough money to really do anything but put a few probes in our solar system. The real space program falls in the military’s domain, mainly Air force and Navy. But the nice chemical rockets sure are fun to watch… Very few people from NASA are actually in the loop. They don’t know anything.” [3]

After reading his testimony back in 2011, I’ve noticed for the first time that the Elenin observations were indeed led by the US Navy, and all calculations and models were hosted on their official website, navy.mil (all links are now missing).

Clearly, the US government is worried that China might leak secret information regarding their black programs, and “anti-gravitational” technology will have to be disclosed to the public – which some of them (at least) are not willing to do.

“There are two types of UFOs: the ones we build and the ones ‘they’ build.” – ‘they’ being a clear reference to extraterrestrials. [4]

Which leads us to the next point…

USA and Russia are long time partners when it comes to space exploration and hiding secrets from the public, but what will it happen when China will begin their space programs? Will their secrets be safe, or will China finally disclose that we are not alone?

This is probably of huge concern to the powers that be, who wish to keep us as uninformed as possible.

There is plenty of videographic evidence showing intelligently-maneuvered UFOs in space – one of the most famous being the so called “The Tether Incident” – and testimonies from some of the most famous US and Russia astronauts, who testified to have witnessed alien crafts in space. You can watch the video testimonies of US astronauts Edgar Mitchell, Buzz Aldrin and Leroy Gordon Cooper Jr. HERE.

In 1979, Maurice Chatelain, former chief of NASA Communications Systems confirmed that Neil Armstrong had indeed reported seeing two UFOs on the rim of a crater.

“The encounter was common knowledge in NASA,” he revealed, “but nobody has talked about it until now.” [5]

Russian Astronauts and Generals also admitted to have seen UFOs in space. [6]

IV. Nazi Bases on the Moon

There is no secret that the US space program is a continuation of Hitler’s dream to conquer the space and build permanent bases on the Moon. The US government used Nazi scientists to achieve Hitler’s dream:

“Operation Paperclip was the Office of Strategic Services (OSS) program used to recruit the scientists of Nazi Germany for employment by the United States in the aftermath of World War II.” [7]

Once “bleached” of their Nazism, the US Government granted the scientists security clearance to work in the United States.

SS Major Wernher von Braun was a rocket scientist who was adopted by the USA and put in charge of NASA. In 1975 he received the “National Medal of Science” from the US President.

What IS a secret is the fact that the Nazis have also developed various models of “anti-gravitational” flying saucers. These “Foo Fighters”, as the Allied pilots called them, were able to fly at incredible speeds and maneuver at previously-thought impossible angles.

The “Foo Fighters” were a constant presence around their planes, but never shot at them. In turn, they were also impossible to be shot down, as the famous case of the so called “Battle of Los Angeles” proved.

A UFO appeared on the radars and in the night sky. It is said that the incident was witnessed by one million people. At least 1430 artillery rounds had been fired at the UFO in one hour, but the object was unharmed.

Both video footage and pictures published in the newspapers the next day show a clear, bright, saucer-shaped craft, which is now commonly referred to as a flying saucer or UFO.

“Radars picked up an unidentified target 120 miles west of Los Angeles. Antiaircraft batteries were alerted at 0215 and were put on Green Alert — ready to fire — a few minutes later. The AAF kept its pursuit planes on the ground, preferring to await indications of the scale and direction of any attack before committing its limited fighter force. Radars tracked the approaching target to within a few miles of the coast, and at 0221 the regional controller ordered a blackout. Thereafter the information center was flooded with reports of “enemy planes,” even though the mysterious object tracked in from sea seems to have vanished.”

These were the famous “secret weapons” that Hitler was constantly talking about, and his best hopes to win the war. Luckily for us, he was never able to turn them into actual weapons, because of the very thing that made them so special in the first place: the “anti-gravitational” field surrounding the crafts.

It was a double edged sword: nobody could penetrate it from the outside, but neither could the Nazis, from the inside-out.

ETs and the Vril Technology

Many separate teams of scientists worked with unlimited budgets to achieve Hitler’s dream of an invincible fleet of flying saucers, but the only fruitful projects were the Vril and the Haunebu.

Everything started with a secret society named Thule (all prominent Nazis were part of it). The members were mystic worshipers of the Black Sun and, according to their psychic channelers, they had made contact with an extraterrestrial species, residing in the Aldebaran solar system.

These ETs, who called themselves Vril-ya, offered to the Thule members the knowledge to build unarmed anti-gravitational flying crafts – which subsequently had been named Vril.

The following is a collection of various models of Vril flying saucers.

All pictures from my collection are almost certainly authentic, though some of them seem to have been aesthetically improved. It was a common practice for professional photographers to correct or improve the pictures, because the cameras performed rather poorly back then. It is also possible that some of them have been improved (contrast, gamma, color) when ported to digital format.

The following is a collection of Haunebu I and II flying saucers:

The end of Warld War II marked the beginning of a world-wide UFO phenomenon, and for obvious reasons: the Allied forces got their hands on some pretty neat technology and started playing with it — excuse me, testing these revolutionary crafts.

This was a military project from day one, hence fell under the control of the US Air Force and Navy.

At the same time, NASA begun to openly experiment with von Braun’s fuel-propelled rockets, which was the much-needed smoke screen for the real space programs.

If you remember the early accounts of UFOs, the witnesses described yellow and orange glowing crafts that interfered with electronic devices. Those were the earliest models, and they were based entirely on the Nazi research. With time, the technology got better and that’s why UFO sightings dropped in the past two decades. That’s also the reason why UFOs don’t interfere with electronics anymore.

Back to the Nazis…

According to various sources, the Nazis had also built secret bases in New Swabia, Antarctica, where they’ve allegedly fled in 1945, on-board their latest models of flying saucers. The only available Haunebu III model was several stories high, it was crewed by 32 people, it could operate without recharge for up to 8 weeks and could reach speeds of up to 40,000 km/h.

This model was allegedly used during the final evacuation of the top-secret Nazi bases in Europe and its destination was the base in Antarctica.

Alleged insiders, with access to US classified documents, leaked one information stating that the first flight to the Moon was achieved by the Nazis in 1942, which made Hitler desire permanent bases on Earth’s satellite.

So the Jackpot questions are: