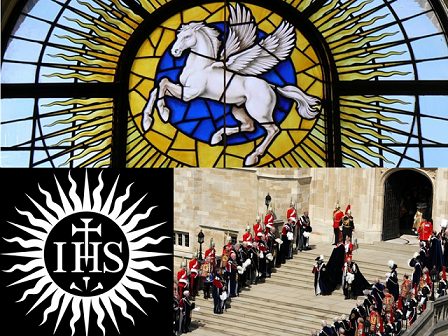 The (British) Crown Empire and the City of London Corporation

World politics today is governed by the Vatican, but also by the Crown Empire. The modern world of so-called Western Civilization began at the end of the 17th century with the blossoming of the British Empire.

That empire actually began several hundred years earlier with the establishment of the City of London, which is now an 800-year corporation that controls finance from an entity called ‘The Crown’.

This entity is the creator and controller of the Bank of England, the US Federal Reserve, the World Bank (IMF – International Monetary Fund), The European Union, and various cartels and corporations across the earth.

The Crown Identity is kept most secret, and The Crown Bank of England took and assumed control of the United States during the Roosevelt Administration (1901-1909) when its agents, who were really Crown agents (J. P. Morgan), took over 25% of American business. 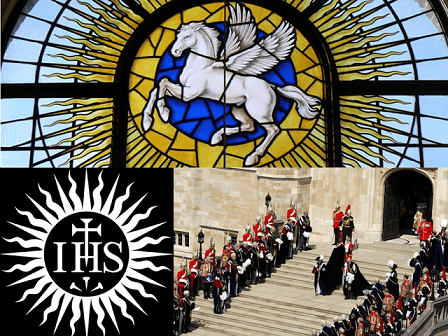 The Crown has never been the King or Queen of England since the establishment of the corporate body, but the British Monarchy is a figurehead for The Crown, rules parliament in Great Britain and has authority over the Prime Ministers through a Vatican knighthood called the Order of the Garter.

The Crown, however, is not the King or Queen of England – they are an established monarchy of the corporate body.

The Crown is the directorate of the corporation, and Great Britain is ruled by The Crown, the City of London which controls the Bank of England – a private corporation [owned by the Rothschild dynasty]. There is a private state existing in Britain within the centre of London.

This City, located in the heart of Greater London, became a sovereign-state in 1694 when King William III of Orange privatised the Bank of England, and turned it over to the Vatican banksters who today rule the financial world.

The City/The Crown Corporation is not subject to British Law; it has its own courts, its own laws, its own flag, its own police force – exactly like the Vatican city state and Washington DC Columbia. The Crown Corporation is also separate from the Metropolitan city; its police drive red police cars and their uniforms are different from the Metropolitan Police.

Also, The Crown in London houses the privatized Bank of England and Lloyd’s of London, the London Stock Exchange, and all British Banks. It also houses the branch offices of 385 foreign banks, 70 US banks, as well as Fleet Street newspapers and publishing monopolies. It controls the world media and world intelligence. [And the Rothschilds control The Crown].

It is out of The Crown City of London, the headquarters of British Freemasonry overseen by the British Monarchy and the Duke of Kent, that World Freemasonry is governed. This includes the Grand Orient Masonic Order and the Washington DC Scottish Rite.

In 1945 the Bank of England was nationalised by the Labour Government, and is allegedly no longer a private bank, although it governs the US Federal Reserve. It is ruled over by the Rothschilds, who are bankers for the Pope – guardians of the Vatican Treasury.

The City of London also has its own Lord Mayor, different from the current Mayor, who has the power in The Crown Corporation.

When the Queen wishes to conduct business in the City, she is met by the Lord Mayor at Temple Bar. Temple Bar and their associate franchises come from what is called the Four Inns of the Temples of Court – the Inner Temple and the Middle Temple.

The logo of the Inner Temple is a white horse on the sunburst seal of the Jesuit Order. The white horse is a symbol of the British Empire / Order of the Garter / Crown Corporation, and is the same white horse which is the symbol of the CFR (Council on Foreign Relations).

The whole Earth is governed by The Crown, through Crown Colonies which belong to The City – The Crown Empire. It governs Africa and still governs China and India. The colonies of the Earth are really just Crown Colonies – The United States of America are states of The Crown.

This being said, however, it is vitally important to remember the following. The Crown Empire uses commercial law (a.k.a. international maritime law, or law of contracts) as its means of control. This law does not apply to sovereign, free men and women.

They do this because governments are corporations and they operate under commercial law, the law of contracts.

The laws passed by governments only apply to corporations and not to living, breathing, flesh and blood sovereign-free men and women spelt in upper-lower or all lower case, as with Julian Websdale, or julian websdale.

The living, breathing sovereign man and woman is subject to common law, not the commercial law introduced by governments through legislation.

Forgiveness is the Greatest Gift to Offer Yourself Previous post
Is ISON Really a Comet? Next post