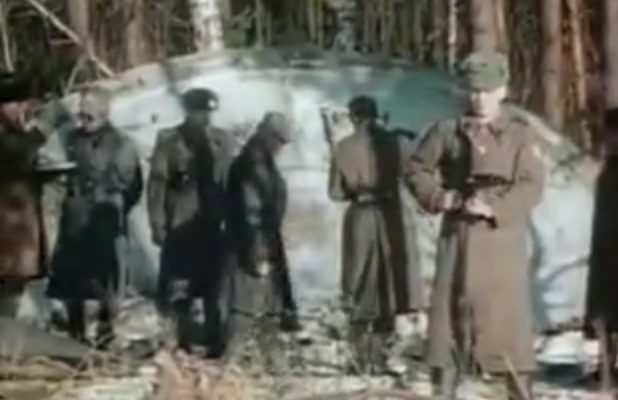 Shortly after 7:00 a.m. on June 30, 1908, in freezing cold Central Siberia, many people watched in amazement as a round and cylindrical object, glowing with a fiery tail and blinding white light, streaked across the morning horizon.

No one knew what it was, but by 7:17 a.m., it exploded into an enormous ball of fire, which completely destroyed an area of over 2,000 square kilometers, equivalent to an area larger than Los Angeles or New York City.

The resulting fire storms lasted for several weeks, burning large areas of land. The explosion could be felt several kilometers away. Strangely, upon investigation, 19 years later, no impact crater was discovered. No one, at least not until now, knew what the object was that caused this massive explosion. Even 90 years later, experts and scientists can’t seem to agree on what this object really was, or its origin.

One of the last surviving witnesses gives his account of what he saw, and everything he experienced 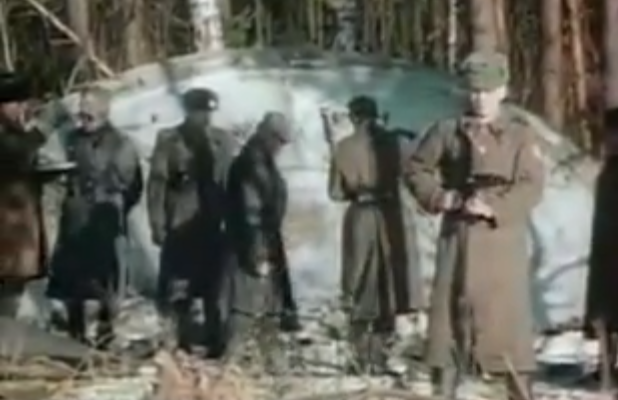 The following footage shows KGB soldiers arriving at the crash site of a flying saucer, in Russia:
A colonel in the former Soviet Union’s KGB now admits to being an accessory to a covert Russian cover up to suppress and conceal crucial evidence. He further explains his role in the government scheme to conceal the conclusions reached by many Russian scientists as to the actual true nature of the explosion; that Tunguska actually bears the scars of an authentic 90 year old craft site of an interplanetary spaceship of extraterrestrial origin. The Russian government has kept this event hidden, just as the United States has in the 1947 Roswell incident.
Go to Tunguska Ground Zero in this amazing, fact-filled Documentary. Villagers from central Siberia, near the Tunguska River, witnessed a large glowing object streak across the sky and explode in midair with the force of an atomic blast equal to over 40 megatons, completely destroying miles of forest.

Light from the blast was witnessed from thousands of miles away. Hear from one of the last living eyewitnesses of this event as well as the experts and former KGB officers who describes a cover-up surrounding this event, and how metallic evidence of an alien spacecraft gathered by the soviet military from the site was discovered and then disappeared in secrecy. Includes shocking film footage and spellbinding interviews with researchers and the best known, most credible Tunguska authorities in the world today.


As many as 900 eyewitnesses gave similar accounts. What was it? All of the accounts described something that was not natural. In modern terms, the blast was equivalent to the largest thermonuclear bomb: 40 megatons. The explosion was so massive, it was over 2000 times the explosive power of the atomic bomb dropped on Hiroshima.
By Lyn Leahz, Beforeitsnews;
Fukushima Disaster Was ‘Man-Made’, According to Japanese Officials Previous post
Houston Anthropologist Claims Irrefutable Proof That Recorded History is Wrong Next post