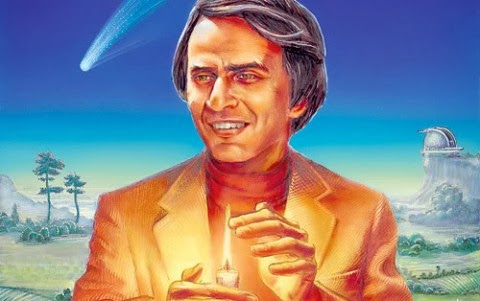 Carl Sagan: Two Warnings For Humanity in His Last Interview

Carl Sagan was an astronomer, astrophysicist, cosmologist, skeptic and critical thinker. He was the Professor of Astronomy and Space Sciences and Director of the Laboratory for Planetary Studies at Cornell University.

He played a leading role in the American space program and was a consultant and adviser to NASA since the late 1950′s. He was also responsible for briefing the Apollo astronauts before their flights to the Moon.

Many of you might know him from some of his bestselling books, like Cosmos, which was in fact the bestselling science book ever published in the English language. 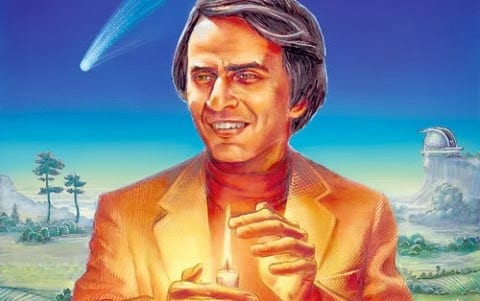 Sagan was responsible for assisting humanity in their knowledge of concepts that are outside of the box, these include multiple dimensions, quantum physics, wormholes, and a wide variety of ideas and concepts about space, science, technology and more. He did so with a great amount of enthusiasm, cheer, and an uplifting type of energy. In his very last interview he left us with words that might give you goosebumps, he issued two warnings to the human species.

1. His first concern was with regards to science and technology. Sagan expressed great concern that:

“if the general public doesn’t understand science and technology, then who is making all of the decisions about science and technology that are going to determine what kind of future our children live in, some members of congress? There are only a handful who have any background in science at all, and some of them don’t even want to know about it.” – Carl Sagan

I love this point, and it holds true. A large majority of our planet, I would say 99 percent of it does not have any idea about who is making all of the decisions regarding science and technology.

It’s 2013 and a lot has happened since the death of Carl Sagan, one thing in particular that relates are the recent leaks by NSA whistle blower Edward Snowden about the  black budget. This is a budget that garnishes trillions and trillions of dollars every year that goes towards projects that the human race knows nothing about, including science and technology.

It’s safe to assume that the black budget deals with technology that is vastly superior to that of the “mainstream” world. The ability to explore areas of our world and surroundings presently unavailable to the rest of us is also a high likelihood. Scientific and cosmological understandings that give  greater insights into the nature of our world are most definitely already around.

These programs have no oversight from congress, and not too many people have any idea about what is really going on here. How can we know about science and technology when a large portion of it remains classified?

2. Sagan’s second warning for  humanity was that science is more than a body of knowledge, that it is a way of thinking, a way of skeptically interrogating the universe. He expressed that if we are not able to ask skeptical questions, to interrogate those who tell us that something is true, to be skeptical of those in authority, then we as a human race are up for grabs.

This is a great point, and a great reminder to always question what you are told. 17 years ago, when Sagan was alive, the human race did not ask as many questions as they are asking now. Questioning leads to answers, and threaten the control structure. Thankfully there are now more and more who are seeking the answers.

“We knew the Earth was flat, we knew that we were the center of the universe, we knew that a man-made piece of machinery could not [fly]. Throughout human history, intellectual authorities have pronounced their supremacy by ridiculing or surpressing elements of reality that simply didn’t fit within the framework of accepted knowledge”  – Terje Toftenes

“One of the saddest lessons of history is this: If we’ve been bamboozled long enough, we tend to reject any evidence of the bamboozle. We’re no longer interested in finding out the truth. The bamboozle has captured us. It’s simply too painful to acknowledge, even to ourselves, that we’ve been taken. Once you give a charlatan power over you, you almost never get it back.” – Carl Sagan

“We already have the means to travel among the stars, but these technologies are locked up in black projects and it would take an act of God to ever get them out to benefit humanity… Anything you can imagine, we already know how to do.” – Ben Rich, Former Director of Lockheed’s Skunk Works


He was very concerned about the government controlling the people. Sagan was well ahead of his time, and his concerns 17 years ago are clearly felt by more people today. It’s important to remember if we want change, we have to do it from a place of love and cooperation.

The Chemicals in Drinking Water Are Giving Us Cancer Previous post
Govt. Report: A Major Solar Flare Will Strike a Killer Blow to the US Electrical Grid Next post