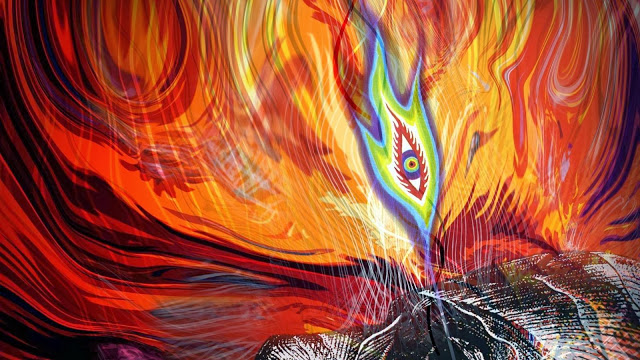 Detoxify Your Third Eye (Pineal Gland) — Easy How To

The pineal gland (also called the pineal body, epiphysis cerebri, epiphysis, conarium or the third eye) is a small endocrine gland in the vertebrate brain.

It produces the serotonin derivative melatonin, a hormone that affects the modulation of wake/sleep patterns and seasonal functions.

Its shape resembles a tiny pine cone (hence its name), and it is located near the centre of the brain, between the two hemispheres, tucked in a groove where the two rounded thalamic bodies join.” — Wikipedia 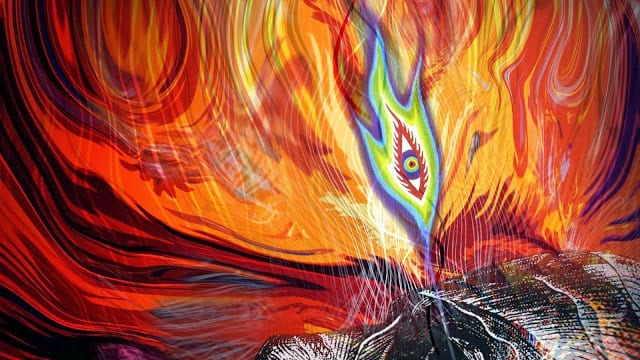 The pineal gland is activated by light, and it controls the various bio-rhythms of the body. It works in harmony with the hypothalamus gland which directs the body’s thirst, hunger, sexual desire and the biological clock that determines our aging process.

When it awakens, one feels a pressure at the base of the brain. To activate the ‘third eye’ is to raise one’s frequency and moving into higher consciousness – all is a consciousness experience perceived through the Eye of Time or Third Eye.

While the physiological function of the pineal gland has been unknown until recent times, mystical traditions and esoteric schools have long known this area in the middle of the brain to be the connecting link between the physical and spiritual worlds.

Considered the most powerful and highest source of ethereal energy available to humans, the pineal gland has been seen as a gateway that leads within to inner realms and spaces of higher consciousness. Awakening the third eye acts as a “stargate.”

Meditation, Visualization Yoga, and all forms of Out of Body travel, open the Third Eye and allow you to ‘see’ beyond the physical.

Calcification of the Pineal Gland

Most people’s pineal glands are heavily calcified by the time they are 17 years old, so much so that they show up as a lump of calcium during an MRI. Calcification is the build up of calcium phosphate crystals in various parts of the body.

The pineal gland begins to calcify due to the harmful effects of artificial substances such as fluoride chemicals found in public water systems and toothpaste, hormones and additives put into processed foods and sugars and artificial sweeteners dumped into soft drinks.

Cell phones are also being pinpointed as being harmful to the pineal gland due to high concentrations of radiation.

Benefits of Detoxifying and Activating Your Pineal Gland

Detoxification and Activation of the third eye can bring vast improvements of our life. An open third eye brings clarity, concentration, perspicuity, bliss, intuition, decisiveness and insight as well as:

A closed third eye or “Ajna Chakra” in Hindu tradition brings with it confusion, uncertainty, cynicism, pessimism, jealousy, envy and one sidedness.

How To Decalcify Your Pineal Gland

The idea of having a calcified pineal gland can be likened to a door being glued shut. Although the pathway is unable to be used while it is glued shut, it is still a doorway never the less! With constant pushing the door will eventually break open. Below you’ll find what are said to be some of the best ways to decalcify your third eye

(The * indicates that they should be taken with at least one of the other things mentioned for full effect):

– Avoid all things fluoride: Tap water, cooking with tap water, fluoridated toothpaste, inorganic fruits and vegetables, showers with out filter, red meat, and any sodas and artificial food and drinks. I know how difficult it can be to stick to only organic fruit and vegetable but it is important to start where you are and begin to make those changes where it is possible.

– Essentials oils can be used to help stimulate the Pineal Gland and facilitate states of spiritual awareness, meditation, astral projection, etc. Good essential oils for Pineal Gland purposes include: Lavender, Sandalwood, Frankincense, Parsley, Davana, Pine, Pink Lotus, and Mugwort (excess use of Mugwort has a neurotoxin effect if inhaled directly, so be careful!). Essential oils can be inhaled directly, burned in a diffuser or nebulizer, and added to bath water.

– Garlic* (Take about half a bulb a day or more for a while, if you crush it and soak in raw apple cider vinegar or fresh lemon juice it will deodorize it. Use the leftover vinegar or lemon juice on a salad. Personally, I drink it all down.)

– Raw apple cider vinegar* (Contains malic acid. Take a lot of it. Make sure it’s raw, as that is very important. Braggs is the best brand) Everyday I fill a 1 Quart Mason jar with Ionized Alkaline water, 8 tablespoons of Bragg’s Apple Cider Vinegar and 2 tablespoons of raw, local honey. This has so many benefits aside from the pineal gland!

The sound “OM” resonates with the Fourth Chakra, known as the Heart Center, the seat of Unconditional Love. Chanting OM opens you up to Universal and cosmic awareness. You can chant up to 5 minutes, 10 minutes, or however long you desire to.

– Crystals that benefit the Pineal Gland include: Amethyst (wand), Laser Quartz (wand), Moonstone, Pietersite, Purple Sapphire, Purple Violet Tourmaline, Rhodonite, Rose Aura, and Sodalite. However, any indigo, violet, or dark purple gemstone or crystal can be used to stimulate the Pineal Gland and open/balance/align the 6th and 7th Chakras.

Placed directly on the 3rd eye or brow chakra for 15-30 minutes a day or every other day will help to open/balance/align the 3rd Eye (Brow) chakra and prevent/remove calcification of the gland.

The best exercise for Pineal Gland stimulation and health is to take an amethyst obelisk crystal or an amethyst wand, point it at the 3rd eye (point of the wand should touch your skin) and look up directly at the Sun with your eyes closed. Do this everyday or whenever you feel like it for about 5-10 minutes.

The Sun’s rays will penetrate through the base part of the obelisk or the end part of an amethyst wand and beam directly into the Pineal Gland stimulating it. You can also use the Laser Quartz (wand) as well. Quartz crystal benefits every single chakra.

– Magnets. Attaching a magnet (that sticks by adhesive) to the part of your skin above your 3rd eye (located between your two physical eyes but slightly higher or slightly above the eyes) for a few hours throughout the day will also stimulate the Pineal Gland and help to decalcify it.

Magnets cause the body to become alkaline, especially the part of the body where the magnet is attached. Any strength (gauss) magnet will work, but only use magnets on the head area during waking hours. The energy from Ra (Sun) will magnify the strength of the magnet’s effect on the Pineal Gland.

Like with most things, finding a “remedy” for something that is not quite so straight forward isn’t the answer. The search for a “remedy” in itself is a train of thought that is lazy, mechanistic, and not one in line with the specific goal here. However, what is required is dedication, time, and work.

I will be implementing some of these proposed remedies as part of my upcoming fast along with beginning a regular practice of meditation and chanting… not specifically as a “cure-all,” but rather as an opportunity to take the energy my body normally uses for digestion and redirect it toward healing and development in order to reaffirm my intent for the future.