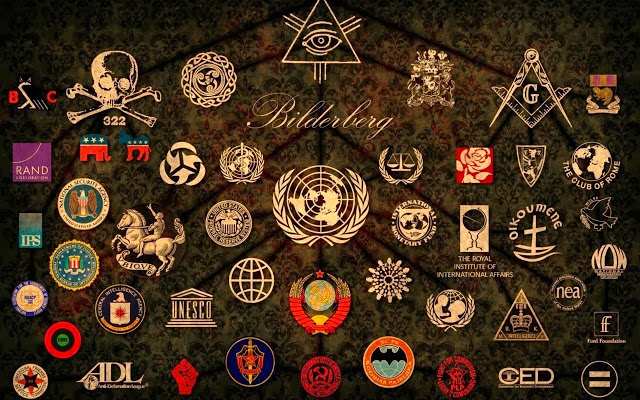 How “They” Took CONTROL

“CONSEQUENTLY, in the interest of future world order, peace, and tranquility, it was decided to privately wage a quiet war against the American public with an ultimate objective of permanently shifting the natural and social energy (wealth) of the undisciplined and irresponsible many into the hands of the self-disciplined, responsible, and worthy few.” [1]

The above paragraph, along with hundreds of similar philosophical ideas, comes from a document that had its ‘conception’ after the end of World War II, and which was to become the playbook for what United States of America citizens apparently are experiencing today. 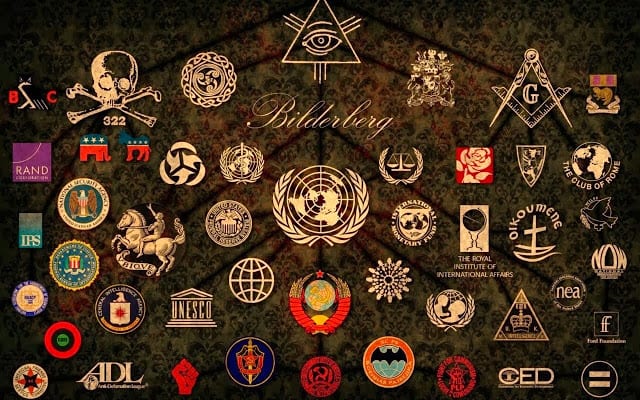 In conclusion, the objective of economic research, as conducted by the magnates of capital (banking) and the industries of commodities (goods) and services, is the establishment of an economy which is totally predictable and manipulatable. [1]

The last word “manipulatable” apparently is referring to the economy being capable of being manipulated. If nothing more, that paragraph sets the guidelines for the economic downturn the USA has experienced and from which it seems not to be recovering, nor will it ever recover, if the controllers and other “worthy few” have their say and way. Now, doesn’t it all make sense? Oh, how we have been played like a fiddle that’s never had the tune up it so badly needs!

Additionally, they set out deliberately to dumb down the population illustrated in phrases like:

The quality of education given to the lower class must be of the poorest sort, so that the meat of ignorance isolating the the [sic] inferior class from the superior class is and remains incomprehensible to the inferior class. With such an initial handicap, even bright lower class individuals have little if any hope of extricating themselves from their assigned lot in life. This form of slavery is essential to maintaining some measure of social order, peace, and tranquility for the ruling upper class.

How many U.S. citizens realize that they have been programmed from pre-school or kindergarten to be living in slavery so that the “ruling upper class” can have “some measure of social order, peace, and tranquility”? Who ever heard of such elitist class action warfare? Maybe in Germany in the late 1930s.

Under the subtitle of “Descriptive Introduction of the Silent Weapon,” we find how they planned to implement their “Quiet War” with this:

Unabashedly, they acknowledge the game plan using data processing, the computer, and the banksters (banking magnate). So much for all the technology everyone bought into that has us so enthralled, we don’t know which end is up, i.e., to answer a cell phone or voice mail; send a tweet or finger a text message using phonics instead of words. See how dumb we’ve become.

In talking about all the technology, they say this about their silent, secret weapon(s):

The public cannot comprehend this weapon, and therefore cannot believe that they are being attached [sic] and subdued by a weapon.

That, dear readers, is the critical issue everyone must recognize, realize, understand, and decide how to react to, and what action you will take.

If the above doesn’t gore your bull, then this ought to smack your donkey:

When a silent weapon is applied gradually to the public, the public adjusts/adapts to its presence and learns to tolerate its encroachment on their lives until the pressure (psychological via economic) becomes too great and they crack up.

Silent weapon – applied gradually – learn to tolerate its encroachment – pressure becomes too great – they [we] crack up! Now, isn’t that what’s going on in virtually every segment of society in which we have been living for the last two to three decades, especially terroristic fears?

Then we have the periodic traumatic events that galvanize us into an untenable state of fear so that we will gladly respond to what has been termed the Hegelian Dialectic – problem-reaction-solution – the very method the controllers have instituted to enforce the “Quiet War” and empower themselves to take away our human and civil rights.

Consider the flack that’s going on about the U.S. Constitution and the Bill of Rights as outdated documents. How those very tenets of governance and jurisprudence that have guided the USA and its society since its inception have now been cast aside and even trampled upon by none other than those who should know better.

Recall the events of 9-11, especially Building 7 self-imploding with no airplane hitting it. [2]


Recall how Watertown, Massachusetts, was turned into a closed ‘police state’ looking for a lone gunman. Wasn’t that the perfect drill that may have been undertaken to comply with?

The solution of today’s problems requires an approach which is ruthlessly candid, with no agonizing over religious, moral, or cultural values. [1]

How about the NSA surveillance tech and equipment attached to buildings, utility poles, or whatever in order to create a gulag [1a] of sorts in Seattle, Washington and Las Vegas, Nevada. Here is why you should care:


What the controllers are counting on was the discovery by Mayer Amschel Rothschild (1743-1812) of the Rothschild banking family.

What Mr. Rothschild had discovered was the basic principle of power, influence, and control over people as applied to economics. That principle is “when you assume the appearance of power, people soon give it to you”. [1] Mr. Rothschild’s Energy Discovery

Are U.S. citizens unwittingly guilty of acquiescing to the above Rothschild ‘principle’? When will we wake up and get out from under that spell of black magic?

What Rothschild’s real discovery was about was that he could

induce people (inductance, with people corresponding to a magnetic field) into surrendering their real wealth in exchange for a promise of greater wealth (instead of real compensation).

Rothschild, in essence, invented a “philosopher’s stone” [3] regarding monetary matters that banksters, money lenders, and Federal Banks use to create wealth and manipulate disparity for the rest of us.

Mr. Rothschild had discovered that currency gave him the power to rearrange the economic structure to his own advantage,,[sic] to shift economic inductance to those economic positions which would encourage the greatest economic instability and oscillation.

Readers, please read the above statement again. That’s what’s been going on for longer than we have been led to believe, by banksters and, particularly, by the Federal Reserve Bank System,[4] I’m inclined to think.

As if that’s not enough to get your juices running, under the “Quiet War” section termed “The Economic Model,” we find this confirmation:

The Harvard Economic Research Project (1948-) was an extension of World War II Operations Research. Its purpose was to discover the science of controlling an economy; at first the American economy, and then the world economy. It was felt that with sufficient mathematical foundation and data, it would be nearly as easy to predict and control the trend of an economy as to predict and control the trajectory of a projectile. Such as [sic] proven to be the case. Moreover, the economy has been transformed into a guided missile on target.

So, there’s the apparent answer to what’s going on with the U.S. economy, the European Union economic problems, and probably what’s on the financial radar screen for Japan and China, two of the world’s most prolific economies. China is the world’s second largest economy after the USA. Japan is the third largest economy in the world.

Fukushima just may ruin Japan’s economy if there are more radioactive problems that TEPCO can’t deal with and the government of Japan has to step in and take over. Maybe that’s why the Japanese government is letting TEPCO handle the ‘cleanup’?

Now that we’ve learned that the economy is part of the “silent weapon technology” in the “Quiet War,” do you think there will ever be a peace armistice? With the real estate bubble burst in 2007-09 that helped lead to the never-ending recession; the stock market crash of 1929 and subsequent hits in 1987, 2000, and 2008; it would appear that we are due for another financial ‘hit’ or “projectile” of some sort, if the “Quiet War” is to remain on target.

What projectiles can we, the citizens, send back? Complaints, more and louder complaints to members of Congress, Letters to the Editors of newspapers and, of course, to the White House. Comments can be telephoned to the White House switchboard at 202-456-1111.

As this writer sees it, voters have been asleep at their voting booth levers. We need to wake up and not be ingrained in party politics. We need to see the overall picture of what’s going on rather than salute a party’s candidate.

They did that in Germany in the 1930s and look what that got them. We did that in 2008 and 2012 and look what it’s gotten us! We can no longer take the party line as truth. Look what the Democrats were able to pull off with regard to the Affordable Care Act.

It’s anything but affordable. Voters have to become educated—and real fast—otherwise, the controllers will win the “Quiet War.” Human dignity and human compassion cannot allow that to happen in the USA, in the European Union, nor anywhere. What will you do?

Note: The following document, dated May 1979, was found on July 7, 1986, in an IBM copier that had been purchased at a surplus sale.