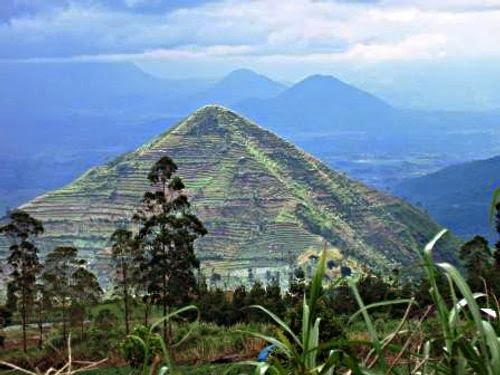 The phenomenon of “Garut Pyramid” found on a mount in Garut, West Java, has encouraged the Ancient Catastrophic Disaster Team to conduct verification.

The verification is carried out to determine the existence of a man-made structure that formed Mount Putri in Garut using Superstring geo-electric instruments.

The geo-electric instruments were used to scan geological layers on the hill by measuring its resistivity.

In a written statement received by Viva News, Monday, Dec 19, a member of the Ancient Catastrophic Disaster Team, Iwan Sumule, said that the results of the geo-electric instruments within 20 meters and 10 meters electrodes showed that there was a horizontal nonconformity on the intrusion (red) rocks within around 120 meters from the summit.

The finding shows that the right-side intrusion branch seems to form a terrain morphological base that has similar topographical elevation with Cirahong valley. Then, the 120 meter-limit seems to coincide with the base of a steeper ascending topography, where the rocks turn red.

Moreover, the results of the geo-electric instruments within 5 and 3 meters stretch East-West and North-South confirmed the conclusion that the structure is highly unlikely to be of natural formation. 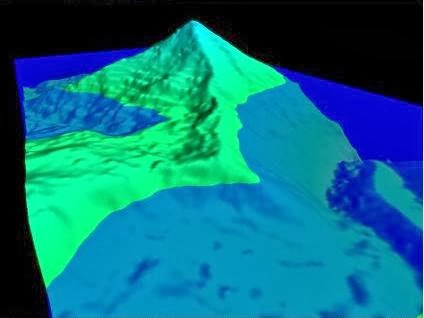 The result of a 3D contour plot topographical digital data with 5 meter resolution IFSAR has supported the hypothesis that there exists an anomaly formation made of sinder cone hill geological process located on a horizontal nonconformity intrusion base.

The C14 carbon testing result showed that the age of the ancient top soil layer that has been tested by carbon dating C14 in BATAN is 6000 BC.  Meanwhile, the age of the harder soil layer underneath is 7500 BC.  If there is any hard soil structure underneath the layer, then the age would be older.