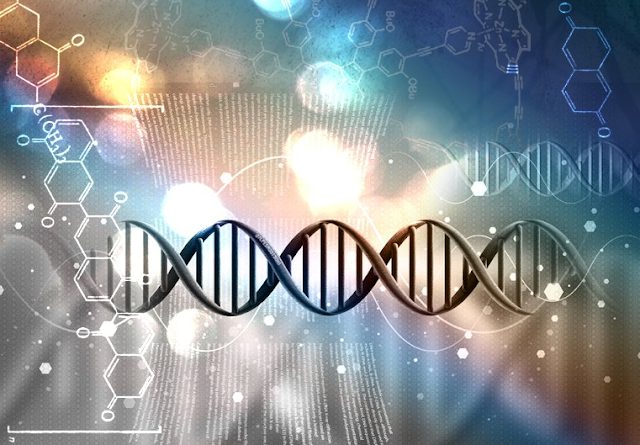 Scientists: There is a Secondary DNA Code Controlling Genes

The fascinating and recent discovery of a new, second DNA code last week further lends credence to what metaphysical scientists have been saying for millennia — the body speaks two different languages.

Since the genetic code was deciphered in the 1960s, researchers have assumed that it was used exclusively to write information about proteins.

But biologists have suspected for years that some kind of epigenetic inheritance occurs at the cellular level.

The different kinds of cells in our bodies provide an example. Skin cells and brain cells have different forms and functions, despite having exactly the same DNA.

No Such Thing As Junk DNA 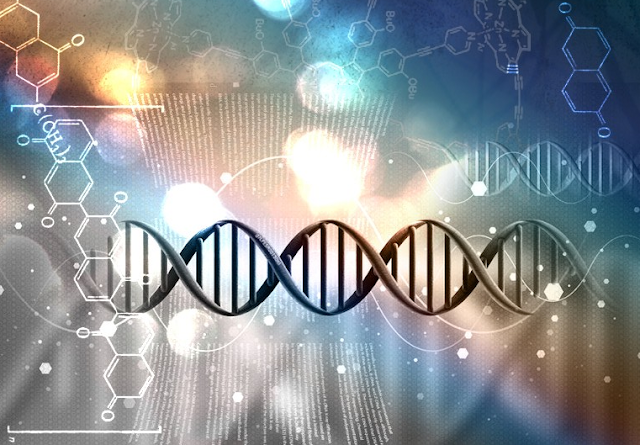 The human genome is packed with at least four million gene switches that reside in bits of DNA that once were dismissed as “junk” but it turns out that so-called junk DNA plays critical roles in controlling how cells, organs and other tissues behave.

The discovery, considered a major medical and scientific breakthrough, has enormous implications for human health and consciousness because many complex diseases appear to be caused by tiny changes in hundreds of gene switches.

As scientists delved into the “junk” — parts of the DNA that are not actual genes containing instructions for proteins — they discovered a complex system that controls genes. At least 80 percent of this DNA is active and needed. Another 15-17 percent has higher functions scientists are still decoding.

Recent findings in the journal Science may have big implications for how medical experts use the genomes of patients to interpret and diagnose diseases, researchers said.

The genetic code uses a 64-letter alphabet called codons. Dr Stamatoyannopoulos with co-authors were stunned to discover that some codons, which they called duons, can have two meanings. One describes how proteins are made, and the other instructs the cell on how genes are controlled.

The newfound genetic code within deoxyribonucleic acid, the hereditary material that exists in nearly every cell of the body, was written right on top of the DNA code scientists had already cracked.

Rather than concerning itself with proteins, this one instructs the cells on how genes are controlled.

Its discovery means DNA changes, or mutations that come with age or in response to vibrational changes within the DNA, may be doing more than what scientists previously thought.

“For over 40 years we have assumed that DNA changes affecting the genetic code solely impact how proteins are made,” said lead author John Stamatoyannopoulos, University of Washington associate professor of genome sciences and of medicine.

“Now we know that this basic assumption about reading the human genome missed half of the picture,” he said.

“Many DNA changes that appear to alter protein sequences may actually cause disease by disrupting gene control programs or even both mechanisms simultaneously.”

These two meanings seem to have evolved in concert with each other. The gene control instructions appear to help stabilize certain beneficial features of proteins and how they are made.

The discovery was made as part of the international collaboration of research groups known as the Encyclopedia of DNA Elements Project, or ENCODE.

The Russian biophysicist and molecular biologist Pjotr Garjajev and his colleagues explored the vibrational behavior of the DNA. The bottom line was: “Living chromosomes function just like solitonic/holographic computers using the endogenous DNA laser radiation.”

This means that they managed for example to modulate certain frequency patterns onto a laser ray and with it influenced the DNA frequency and thus the genetic information itself. Since the basic structure of DNA-alkaline pairs and of language (as explained earlier) are of the same structure, no DNA decoding is necessary.

This finally and scientifically explains why affirmations, autogenous training, hypnosis and the like can have such strong effects on humans and their bodies. It is entirely normal and natural for our DNA to react to frequency.

While western researchers cut single genes from the DNA strands and insert them elsewhere, the Russians enthusiastically worked on devices that can influence the cellular metabolism through suitable modulated radio and light frequencies and thus repair genetic defects.

Garjajev’s research group succeeded in proving that with this method chromosomes damaged by x-rays for example can be repaired. They even captured information patterns of a particular DNA and transmitted it onto another, thus reprogramming cells to another genome.

So they successfully transformed, for example, frog embryos to salamander embryos simply by transmitting the DNA information patterns!

This way the entire information was transmitted without any of the side effects or disharmonies encountered when cutting out and re-introducing single genes from the DNA. This represents an unbelievable, world-transforming revolution and sensation!

All this by simply applying vibration instead of the archaic cutting-out procedure! This experiment points to the immense power of wave genetics, which obviously has a greater influence on the formation of organisms than the biochemical processes of alkaline sequences.