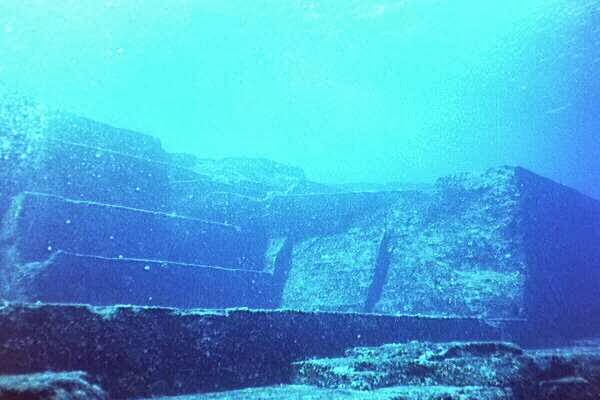 The Mysterious Sunken “Pyramid” of Japan

(German) A mysterious underwater structure off the coast of Japan causes historical controversy. This megalithic structure is commonly refereed to as the “Yonaguni Pyramid.”

Though it is not an actual pyramid, this massive structure looks like a small mountain, which was carved to suit the needs of an unknown ancient civilization.

In 1986, a diver near the island of Yonaguni Jima, off the southern tip of Japan (around Okinawa) came across some strange structures about 25 metres (82 feet) below the sea level. 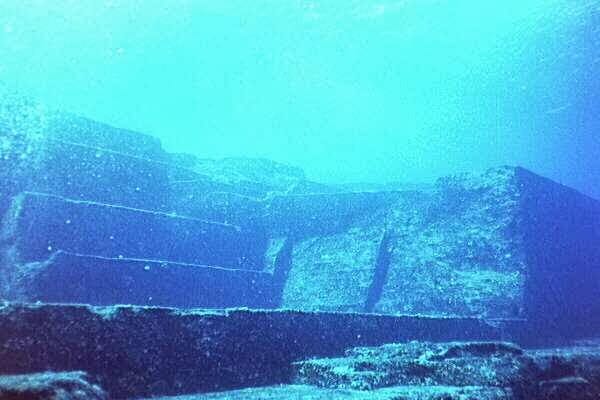 They appeared to be stepped structures with terraces and ramps. One of the largest structures is 600 feet wide and 90 feet high, with five separate levels of stone blocks and – what appears to be – a road surrounding the structure.

Tool marks and carvings have been discovered upon the stones (and documented) which indicate that they have were constructed rather than being natural stone structures.

Not only that, but the needed type of tool for such an operation have been found in the area.

“Japanese scientists have documented marks on the stones that indicate that they were hewn. Not only that, the tools used in this process have been found in the area, and carvings have been discovered. A small stairway carved into the rocks appears to render the theory that this is a natural formation implausible.” [1] 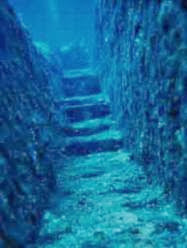 Two arches of what appear to be gates are carved into the structure, and there is also a carved tunnel pathway leading to chiseled stairs.

Masaaki Kimura, a marine geologist from Japan’s Ryukyus University, Japan has been studying and mapping the site for over 15 years and believes that the site is over five thousand years old – but sunk during an earthquake two thousand years ago.

Others have estimated that the structure is far older – including Teruaki Ishii, professor of geology at Tokyo University who determined that the submergence occurred at the end of the last ice age – which was around ten thousand years ago.

If this is the case, then our history books would have to be revised, because our main stream history does not acknowledge any advanced civilization in that area 10,000 years ago.

“The problem with all of this for western scientists is that it implies that an unknown eastern culture had developed a high degree of organization thousands of years before the earliest western civilizations. Geologically, the Yonaguni pyramid sank into the ocean at the end of the last ice age, around ten thousand years ago.” [2]

Because the Western scientific communities were reluctant to accept the discoveries as man-made structures (of course!), the ruins have not been recognized by Japanese officials as a site of cultural importance, hence worthy of protection or further research.

On 5th April 1998, a massive earthquake (measured at 7.7 on the Richter scale) hit the area around the pyramids. Whether the underwater structures were damage or not is not clear.