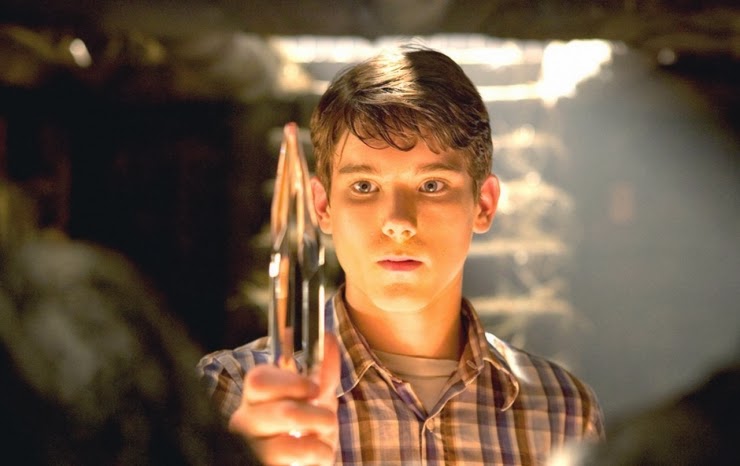 Researchers at the University of Southampton have recently announced that they are able to store and retrieve huge amounts of five dimensional data on quartz crystals.

The technology has immediately received a cool nickname: the “Superman memory crystal” — after the “memory crystals” used as storing devices in the Superman films.

I. How does it work?

“…the data is recorded via self-assembled nanostructures created in fused quartz, which is able to store vast quantities of data for over a million years,” explains a press release. “The information encoding is realized in five dimensions: the size and orientation in addition to the three dimensional position of these nanostructures.” [1]

That sounds complicated, but what it basically means is that, using ultra-fast lasers, we can now encode a piece of quartz with 5D information in the form of nanostructured dots separated by only one millionth of a meter.

“The self-assembled nanostructures change the way light travels through glass, modifying polarization of light that can then be read by combination of optical microscope and a polarizer, similar to that found in Polaroid sunglasses,” states the release. [2]

“We are developing a very stable and safe form of portable memory using glass, which could be highly useful for organisations with big archives. At the moment companies have to back up their archives every five to ten years because hard-drive memory has a relatively short lifespan. (…) Museums who want to preserve information or places like the national archives where they have huge numbers of documents, would really benefit,” stated the ORC leading researcher, Jingyu Zhang. [2]

II. In case of mankind’s extinction, the 5D memory crystals will “survive” to tell our story

“It is thrilling to think that we have created the first document which will likely survive the human race. This technology can secure the last evidence of civilisation: all we’ve learnt will not be forgotten.” [3]

It’s interesting that preserving mankind’s history is considered by scientists to be the most important thing we can achieve with this technology.

If others before us discovered this technology, then it is very probable that they have reached to the same conclusions.

Back in 2010 I wrote about David, a child who allegedly incarnated on Earth from a planet called Inua. He explained that all of the evolved extraterrestrial species store data on crystals for aeons – including their history.

In conclusion, if we are to look for solid evidence about the existence of lost ancient civilizations (e.g. Lemurians, Atlanteans, ET visitors), then we should also consider looking for “memory crystals”.

If we are to leave our history recorded for posterity – just in case our species doesn’t make by the end of the century — then a disc-shaped (or icicle-shaped, as depicted in Superman) crystal may not be the best shape for such an important library.

No! The crystal needs to be solid enough not to shatter with ease, beautiful enough for others to preserve it, and awe-inspiring so that it is treated with respect… maybe even feared.

Why? Because the ones who find it, may not be able to read its message, so it needs to survive in one piece until someone figures out what it is and/or has the technology to decode the encrypted message.

And just one crystal may not be enough… so the more we make, the better.

It should be crystal-clear (pun intended) by now that I am making a reference to something. Do you know what I am talking about?

I am, of course, talking about the famous ancient crystal skulls. And there are – at least – about a dozen of original crystal skulls in private and public collections.

These mysterious crystal skulls reunite all the needed features (solid, beautiful, numerous and awe inspiring) for them to survive long enough so that their possible message could be decoded by an advanced species.

According to National Geographic,

“Some are crystal clear, others of smoky or colored quartz. Some are actual human size and of very fine detail, while others are smaller and less refined. All are believed to originate from Mexico and Central America.

Many believe these skulls were carved thousands or even tens of thousands of years ago by an ancient Mesoamerican civilization. Others think they may be relics from the legendary island of Atlantis or proof that extraterrestrials visited the Aztec sometime before the Spanish conquest.” [4]

Unfortunately, according to the same source cited above, the British Museum and the Smithsonian Institution declared their original skulls to be fake:

“Recent electron microscope analyses of skulls by the British Museum and the Smithsonian Institution revealed markings that could only have been made with modern carving implements.”

Firstly, the original skulls could have been easily replaced with fakes by now. Those who control the world have access anywhere they desire.

Secondly, just because the skulls have modern-looking carving marks on them is not evidence that the skulls are fake. There are plenty of monuments drilled, carved and stacked together so perfectly that it would be challenging to replicate even today (e.g Puma Punku, or the Great Pyramids of Egypt – just to name a couple of sites).

Interesting times await us just around the corner, so – who knows?! – maybe one day, soon, I will be able to report to you that an ancient crystal skull has been discovered to contain the real history of our planet and its inhabitants.