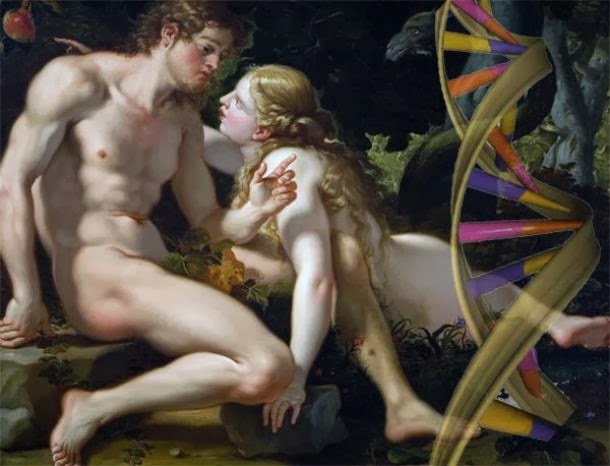 Adam and Eve According to Science

Genetic Adam and Genetic Eve are the popular terms for the common male and female ancestor of all humanity. Now a new study conducted by the University of Sheffield has revealed that almost every man alive today can trace his origins to one man, ‘Adam’, who lived approximately 209,000 years ago – earlier than many scientists previously thought.

Their findings put ‘Adam’ within the time frame as ‘Eve’, the ‘mother of all women’, providing evidence for an ancient ‘Adam and Eve’.

In the pioneering study, published in the European Journal of Human Genetics, Dr Eran Elhaik and Dr Dan Graur used conventional biological models to date our most common male ancestor ‘Adam’ in his rightful place in evolutionary history. The results showed that this is earlier than scientists originally believed – previous research determined that ‘Adam’ lived 135,000 years ago. 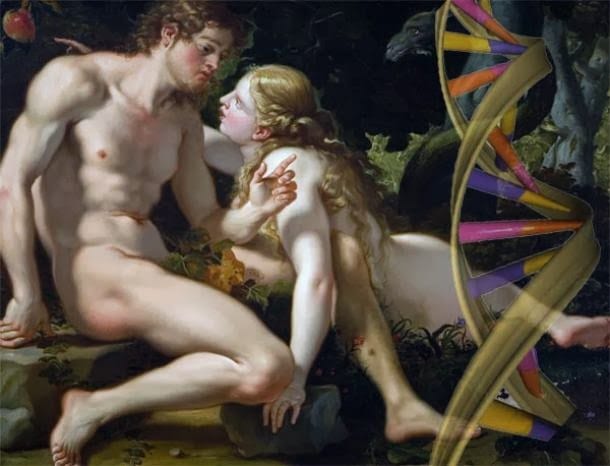 Clues to Adam’s identity lie within the Y chromosome, a stretch of genes that is passed down nearly intact from father to son, so mutations in the chromosome can be used to trace back the male line to the father of all men. However, according to scientist David Poznik, the name ‘genetic Adam’ is somewhat misleading because this early man was surrounded by other men whose Y chromosomes were lost to history because their male lineages died out.

The study findings also contradict a recent study which had claimed that the human Y chromosome originated in a different species through interbreeding which dates ‘Adam’ to be twice as old. Their findings put ‘Adam’ within the time frame of his other half ‘Eve’, the genetic maternal ancestor of mankind.

“It is obvious that modern humans did not interbreed with hominins living over 500,000 years ago. It is also clear that there was no single ‘Adam’ and ‘Eve’ but rather groups of ‘Adams and Eves’ living side by side and wandering together in our world,” said Dr Elhaik.

While genetic studies reveal a common ancestor for all men and a common ancestor for women, genetic ‘Adam and Eve’ are not the same as the biblical Adam and Eve as they were not literally the first modern humans on the planet, but instead just the two out of thousands of people alive at the time with unbroken male or female lineages that continue on today.

Furthermore, while they may have overlapped in time, it is unlikely that ancient ‘Adam’ and ancient ‘Eve’ lived near each other, let alone met and reproduced.

This article is published with the permission of Ancient-Origins.net, which releases the most up to date news and articles relating to ancient human origins, archaeology, anthropology, lost civilizations, scientific mysteries, sacred writings, ancient places and more.