Agenda 21: Say Goodbye to Your Car, House and Freedom

If Satan has an ally in the halls of government, it would be Agenda 21.

Agenda 21 is pure evil as it seeks to destroy all property rights, limit private citizen’s ability to grow their own food and it takes away critical resources from the people such as water.

Agenda 21 was created by the enemies of humanity and the friends of Satan.

The Price for Opposing Agenda 21

If your name is Stacy Lynne, you know all too well the evils of Agenda 21. Stacy used to fight against the implementation of Agenda 21 in her town of Fort Collins, Colorado. She was very effective in her fight to preserve her community’s personal liberties. She was so effective, that the Agenda 21 forces stole her son without so much of an allegation of wrongdoing.

A judge had to be imported to Fort Collins who worked for IMF and World Bank to exact revenge against Stacy and her child for her anti-Agenda 21 activities. Stacy has not seen her son in 15 months, yet her parental rights have never been legally severed. The Agenda 21 forces of Fort Collins, Colorado, are brutal and inhuman. 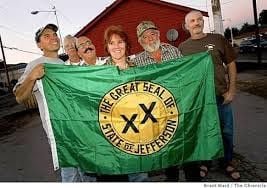 The people living in 15 counties in Northern California and Southern Oregon are attempting to withdraw from their respective states and form a new state called the State of Jefferson.

These citizens are doing so because they can better deal with the abuse coming from federal agencies such as the EPA if they are not under the control of the California and Oregon state governments.

Farmers and ranchers from the area, who have had their water rights awarded to them by the courts over a 100 years ago, are seeing their water disappear through administrative fiat. Benign activities such as hunting, fishing and other outside recreation have all but disappeared under these policies. As a result, the farmers and ranchers in this area are facing financial ruination.

These three cases merely form a microcosm of the abuses being perpetrated all across this country. Nobody can oppose the unconstitutional Agenda 21 without risking the loss of their child, going to jail or losing their property without compensation.

Thank God It’s Not Me

The lyrics to the once popular song, Thank God I’m a Country Boy, no longer applies. In fact, just the opposite appears to be true. It seems that only the rural residents are at risk. Unfortunately, that too is no longer true. If you own property and don’t live in a core inner city with all the crime and pollution, you are at risk for suffering the same kind of plight as Stacy, Kim and the residents of the wannabe State of Jefferson.

If you have seen the two Hunger Games movies, then you understand that the average citizen must be made to live in stack and pack apartments, that they do not own, while they reside inside of eleven mega-cities totaling six million people each in densely populated living conditions. This is not Hollywood fiction, this is happening right now in America.

The real brains behind the unfolding Agenda 21-inspired mass migration from the suburbs to the inner cities is Mike Kruglig and his new group of community advisers, Building One America. Most of you have never heard of Kruglig or Building One America and there is a good reason for their anonymity.

If a majority of the American people ever discovered Kruglig’s true intentions for suburban dwelling Americans, they would chase him down the street and string he and his people up from the nearest light pole.

The secretive agenda of Building One America has been mostly achieved by Obama’s appointment of like-minded community activists to his staff. In fact, Kruglig was one of Obama’s original community organizing mentors from the President’s Chicago Southside days. The word stealth applies because of a damning photo depicting Kruglig and Obama meeting at the Whitehouse in 2011 which appeared on the Building One America website.

However, this type of publicity would not have been good for the swing voters living in America’s suburbs in the 2012 election. Obama’s people had the video scrubbed as well as the search engine links. However, the Breitbart people retained a copy of the picture.

This begs the question, if the Building One America plan is so good for America, then why would the Obama people conceal his affiliation with Kruglig and his group of Agenda 21 social engineers?

Kruglig’s Agenda 21 Building One America group proposes the creation of a regional tax-base sharing revenues in which suburban tax money is directly redistributed to nearby cities and economically depressed concentric zones of inner-ring suburbs. Building One America also seeks to move the poor out of cities by imposing mandatory low-income-housing quotas for middle-class suburban developments.

Kruglig’s group also seeks to export the controversial regional tax-base sharing scheme currently in place in the Minneapolis–St. Paul area to the rest of the country. Under this program, a portion of suburban tax money flows into a common regional pot, which is then effectively redistributed to urban, and a few less well-off “inner-ring” suburban municipalities.

The Minneapolis-St. Paul area regional government is run by unelected and unaccountable bureaucrats (i.e. Commissars) who are out of control. It is critical to know that removing the election process from this Agenda 21 wealth redistribution endeavor was deliberate for reasons that will become obvious.

Kruglik’s group also favors a variety of policies designed to force people out of their cars and force suburbanites, robbed of their own tax money, to relocate into densely populated stack and pack cities.

Among Kruglick’s strategies to separate people from their cars is the Vehicle Mileage Tax (VMT). Road pricing for the VMT would be implemented to force drivers out their cars. This will impact all drivers except for the Obama inspired exemption of low income drivers.

The VMT is designed to give favored status to certain groups. These groups represent organizations that want to transfer wealth through the heavy hand of administratively controlled regional government by interfering in the housing, transportation and the land use market place.

This tyranny is also being beta tested in the (San Francisco) Bay area in a project entitled One Bay Area Plan. One Bay Area Plan is a 25 year plan which combines housing, transportation, and Agenda 21 land use policies. The public cover story is that the project is designed to save the planet by reducing greenhouse gases. 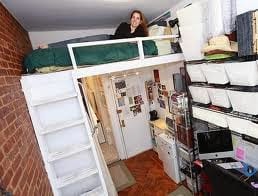 The generated revenue, estimated at $15 million per day, would be used to fund further Agenda 21 transportation schemes such as buses, trolleys and light rail in which only a few people presently ride.

This plan also calls for Upzoning which would expand the plan to even more areas in the Bay. This would mean even more requirements for high density housing in cities that do not have their “fair share” of low income people.

This will result in more 200 square foot apartments being constructed near public transit lines.

It should be noted that New York City Mayor, Commissar Bloomberg, is doing something very similar in New York City in which the construction of any new apartment unit over 500 square feet is being forbidden in some neighborhoods.

This Bay Area Agenda 21 plan also contains a concept referred to as the Communities of Concern (i.e. low income and communities of color) would receive funds from these windfall profits that the region would receive. It appears as if Obama is trying to provoke a race war.

Additionally, development fees would be eliminated for affordable (i.e. low income) housing developments, while subsidies would be used for favored activities such as the creation of more micro apartments and the construction of low income housing in the suburbs.

Sadly, the politicians who enact this tyrannical lunacy rarely understand the implications and the overall scheme of their bad political works. What these mental giants understand is that ICLEI, courtesy of our central bank, is throwing huge sums of money at various communities to enact these draconian pieces of legislation.

Your name does not have to be Stacy or Kim and you don’t have to live in Northern California or Southern Oregon to be a victim of this insanity. Agenda 21 is occupying America the same as any foreign army would.

As America is facing the real possibility of civil war and/or World War III, we are witnessing the post-occupation plans of our country through Agenda 21. In case the good guys do lose the upcoming struggle, we best resist how far we are going to let these policies become a part of our community fabric.

We need to be at city council meetings, passing out fliers and generally calling attention to the authoritarianism which is quickly engulfing our communities.

One final thought for your consideration, do you think there is a possibility that the Agenda 21 SWAT teams which swoop down upon innocent Americans who are deemed to be code violators, that this is actually a portend for what is going to happen to known political dissidents?

The Endgame Has Begun: Exposing the "Gods of Money" Previous post
Ex-DARPA Head Wants You to Swallow ID Microchips Next post